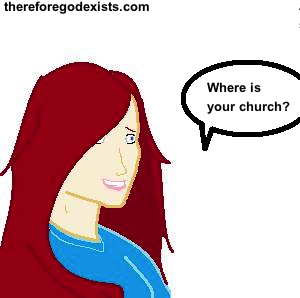 It is interesting to see how previous thinkers and scholars have formed the way that we perceive the world, and have formed our concepts and even the language that we use. If we study the history of epistemology, one will quickly realize that many scholars have birthed a great deal of the things that we say and do. So the same within the body of Christ. Theologians of old have formed many of the ideas that modern Christianity has. The majority of Christians hold to a libertarian view of free will because the heretic Charles Finney popularized it. Culture has molded how we see even doctrines found in Scripture. It has molded even how we see the church. So then, what is the church?

Most see the church as a building that we go to every Sunday if our back does not hurt. We will say things such as, “I am going to church.” However, church was never used in this manner until Clement of Alexandria referred to it in that manner. 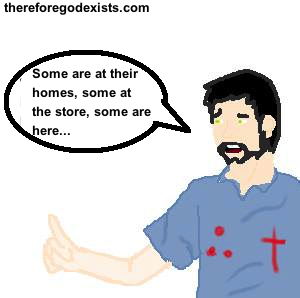 The church was never referred to as a building in which people gather until Clement. Since that time, this error has invaded most cultures, including the modern west, and most Christians do refer to church as a building. In fact, I am certain that I have done it on several occasions throughout my website. It is a cultural adaptation.

The problem, though, is that we ought not let culture dictate to us how to be Christians. Our culture should not tell us what is right and what is wrong. It is unfortunate that we have let this habit override what is really a beautiful doctrine. The doctrine of ekklesia – or, the church. Ekklesia is used several times, by Christ, and by the apostles, throughout the New Testament, and it never refers to a building. The idea of treating the church as a building is an idea completely alien to the Bible.

The construction of the temples that Constantine encouraged Christians to worship in, unfortunately, did not emphasize this. Most of the aspects of the early temples were direct copies of Pagan temples (the steeple, alter, pews, pulpit, bishops chair, windows, auditorium-like setting, ect). The steeple, for example, is designed to symbolize how unreachable God is. This, of course, is in head on collision with the teaching that the Holy Spirit dwells in each of us (1 Cor 3:17).

God gave the Jews very specific instructions for the construction of the Temple. Anybody who has read the Torah knows how dull those portions can be. But despite how dull they seem, God had a very specific purpose for this, namely, God wanted to emphasize his greatness in contrast with our sin. Therefore, there was a veil between the Holy of Holies, the part of the Temple where God dwelled, and the outer courts, which was where the Jews went. A priest went into the Holy of Holies to offer a sacrifice for the Jews once every year. There was a veil that separated God from the people because of the sins of the people.

But when Christ died, all of the wrath of God went out on Christ, for the sin that men committed. When that happened, the veil in the Temple was torn (Matthew 27:50–5). There is no longer a veil between men and God. Men can stand conformed to the image of the Son (Romans 8:29), and the Holy of Holies dwells within men. Thus, there is no longer a need to find God in a Temple, because the Immanuel who was promised by Isaiah has come – God is with us! That is why Christians met in homes rather than in a temple.

As such, the building is not a temple of God. The building is not the church. We are the church. The body of Christ is the ekklesia. So when people ask, “where is your church?” it does not make sense to reply with a street address. Some of them are in their homes, some are at the grocery store, ect. The church is not a place that we go. The church is what we are as we stand united as members of the body of Christ.