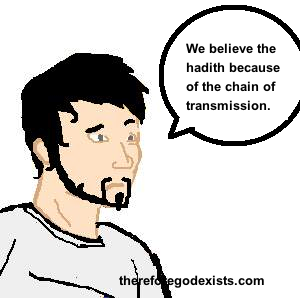 A good Sunni Muslim will affirm two sources of authority for tradition and beliefs. First and primarily, there is the Qur’an. Muslims believe that the Qur’an was literally dictated, word-for-word, by God. As such, it is without any human corruption or burden. It is without human context. It is an eternal book, many Muslims believe that it is eternally existent beside God. Never written. The other source of authority is the hadith literature. The hadith literature is a compilation of teachings and traditions of Muhammad, the Prophet of Islam. This article will ignore the question of the Qur’an and focus only on the hadith. So then, can we trust the hadith? 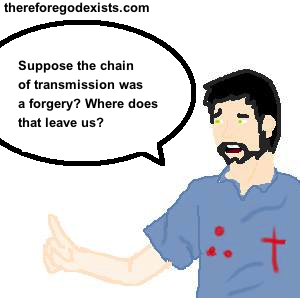 I would first indicate that this is not only a challenge that Christians raise. Many Muslims will answer that we cannot trust the hadith. There is not only one hadith. There are several. If a Muslim encounters something that they find challenging in the hadith, they will bring it to their Imam, and their Imam will tell them to discard that hadith. It is untrustwothy. But what about the canonical Islamic hadith? What about Sahih Bukhari, the most important hadith to Islamic tradition? Can we trust the hadith? If we discard this hadith, we discard a good deal of Islamic tradition.

The Chain of Transmission. Since Islam is founded upon a culture that relies heavily on tradition, and respect for elders, and those of noble birth, the chain of transmissions were born. Since the hadith were written so long after Muhammad’s life, the traditions were not from first hand-witnesses. But, the first-hand witnesses told their friend. That friend told someone else, and that someone told another. If each of these people are reliable, then this is a reliable chain of transmission. Thus, we can have an accurate characterization of the deeds of Muhammad in the transmission. If Richard tells Bill, and Bill tells John, and John tells Steve, and Steve tells you, and all of these people are reliable, then you can trust what is transmitted to you. This is how the information in the hadith is passed down through the generations. 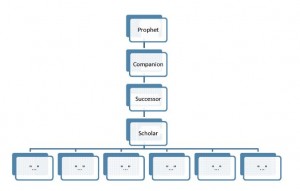 With that in mind, can we trust the hadith? Well, I think that if somebody writes down a chain of transmission, it would raise the second question, how do we know that the chain of transmission is authentic? How do we know that they did not forge it? I could write out a chain of transmission right now, citing reliable Muslims, esteemed in the community, going all the way back to Aisha. Anybody could just write a chain of transmission. But there are no good reasons to think that this chain is not a forgery. Secondly, even if we assume that the chain was utterly authentic, it does not follow that the information passed down was true. Good and reliable people sometimes make mistakes. It is subject to human error. Perhaps Aisha misremembered what Muhammad said. This sort of thing happens all of the time. So then, can we trust the hadith? I am afraid that the manner in which the hadith cites its’ information is not valuable.

After an extended period without receiving revelation, Muhammad attempted to commit suicide (Bukhari 6982). Now, in response, one might argue that this does not instantly discount him a prophet. That is true. Even prophets make mistakes. But it counteracts the doctrine that Muhammad was the ideal man. Muhammad is the example that we need to follow, and he attempted suicide? I think that this should raise an eyebrow of even the most devout Muslim. Secondly, the hadith offers a sexually immoral picture of Muhammad. I made this point (and expounded upon it thoroughly) in my article “Was Muhammad A Sexual Deviant?” I made six points citing the hadith. 1 – Muhammad married and had sex with a girl who still played with dolls. 2 – Muhammad stole wives from other men, sometimes after murdering their husbands. 3 – Muhammad permitted his followers to rape widows and married women. 4 – Muhammad allowed prostitution. 5 – Muhammad took more wives than his own revelation allowed. 6 -Muhammad’s conception of Paradise entails having sex with lots of young virgins.

Can we trust the hadith? Not if we want retain the view that Muhammad was the ideal exemplar of Islam.

The hadith has Muhammad saying things that are plainly false. If Muhammad received his revelation from God, then, of course, he would be without mistakes. As the Messenger of God, then on his authority, we know that what he is saying is true. The problem is that in the hadith, Muhammad says things that are not only false, but embarrassingly false and dangerous.

Muhammad told his followers that if a fly falls into your drink, one need not discard it. Rather, they need only to lift it out and dip the other wing in it. For while one wing of the fly has the disease, the other wing of the fly has the cure of the disease (Bukhari 7:71:673). This may have been beyond investigation in the pre-scientific era, but today, we know that this is mystical nonsense. If a person wants to maintain a proper Islamic view of Muhammad, they cannot believe this hadith. Secondly, Muhammad told his followers that it was safe to drink water from a pond polluted by a dead donkey. The people were complaining that this water had used tampons and dead animals. Muhammad replied, “Verily water is pure and is not defiled by anything.” (Sunan Abu Dawud 67).