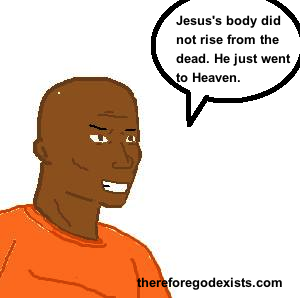 Some have adopted what is known as the metaphorical approach of interpreting the Bible. That is, rather than looking at certain stories with miraculous overtones as actual history, they look at them as mere metaphors, symbols of what actually happened. Consequently, the resurrection of Jesus (the center of the Christian faith) would be rendered a myth. It was a metaphor for his ascending into Heaven. All Christians will find this view to be abominable, and it is only represented by a few of the radical Jesus Seminar, who are known for liberal theology, the followers of the Baha’i faith, and the Jehovah’s Witnesses. But what does the Bible say? Was Jesus’ resurrection only spiritual? 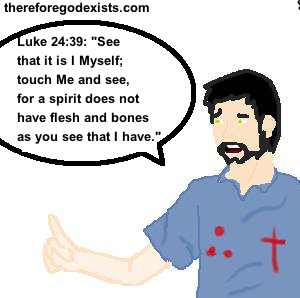 I would point out firstly that this is a central issue. It is not something that brothers in Christ will debate, like creationism, or free will. As Paul recited the four-line oral tradition, calling it, “the gospel… by which, you are saved.” (1st Corinthians 15:1-2), he speaks of Jesus’s death for the sins of the world, his burial, his resurrection and his appearances to many (v. 3-8). Paul tops the argument off as he says, “if Christ has not been raised, then our preaching is vain, your faith also is vain.” (v. 14). If Christ has not been raised from the dead, the Christian faith is in vain. Those who take this stance are just as those who say that salvation comes by works, or deny the deity of Christ. So then the question becomes, what does the Bible mean when it says that Christ is raised from the dead? Was Jesus’ resurrection only spiritual? Or a physical, and bodily resurrection?

After the resurrection, Jesus tells his disciples that he has a physical body. Luke 24:39: “See My hands and My feet, that it is I Myself; touch Me and see, for a spirit does not have flesh and bones as you see that I have.” So when Jesus was raised from the dead, he approached his disciples, and at first, they did not recognize him (either because Jesus had died and they were not expecting him, or God simply veiled their eyes). In direct response to the doctrine that he was merely a ghost, or a spirit, Jesus tells them to feel his hands and his feet. Was Jesus’ resurrection only spiritual? He denies that he is a spirit, and the reasoning behind that is that he has a physical body. 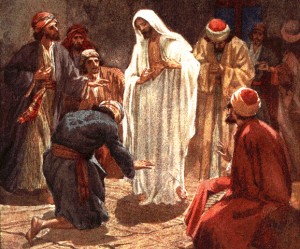 In response to this, the Jehovah’s Witnesses will say that God gave Jesus a different body, in which he appeared to them. But that does not really align with Jesus’s reasoning. He tells his disciples to see “that it is I myself.” By examining his body, the disciples were to come to the conclusion that it really was Jesus in the flesh. If Jesus had a different body, they would not come to that conclusion. They would come to the conclusion that he was somebody else. His claim that “it is I, myself,” would not follow from “see my hands and my feet… touch me and see…” Thus the plain reading of the text seems to prevail.

The tomb of Jesus was empty. When the Jewish Sanhedrin heard that the disciples were proclaiming that Jesus had risen from the dead, why did they not just point to the body of Jesus? By parading his body in the streets, the Christian movement would have instantly died, and the claims that he was risen subsumed in that reality. But instead, the Sanhedrin said that the disciples had stolen Jesus’s body. This response presupposes the empty tomb and aligns with the biblical narrative of the empty tomb (John 20:1-18). But if the resurrection was merely a spiritual resurrection, one would expect the tomb of Jesus to be occupied by Jesus, since he never physically rose. 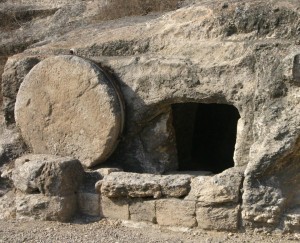 Scrambling desperately to explain away the empty tomb, Jehovah’s Witnesses will say God zapped the body of Jesus and disintegrated it or made it disappear. If God did do that, then in fact, it was God who fooled the world into believing that Jesus had risen bodily from the dead. After all, if one has an empty tomb, and disciples declaring that Jesus is risen, then one can hardly be blamed for thinking that the resurrection is physical and bodily. Was Jesus’ resurrection only spiritual? If it is, then it was God who was ultimately responsible for propagating a lie, and deceiving the world into being Christians, when they should have become Jehovah’s Witnesses. 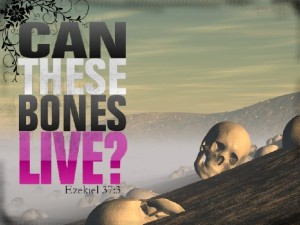 Isaiah 26:19: “Your dead will live; Their corpses will rise. You who lie in the dust, awake and shout for joy, For your dew is as the dew of the dawn, And the earth will give birth to the departed spirits.” Daniel 12:2 “Many of those who sleep in the dust of the ground will awake, these to everlasting life, but the others to disgrace and everlasting contempt.” 1st Samuel 2:6 “The LORD brings death and makes alive; he brings down to the grave and raises up.” Ezekiel 37:5-6 “This is what the Sovereign Lord says to these bones: I will make breath enter you, and you will come to life. I will attach tendons to you and make flesh come upon you and cover you with skin; I will put breath in you, and you will come to life. Then you will know that I am the Lord.”