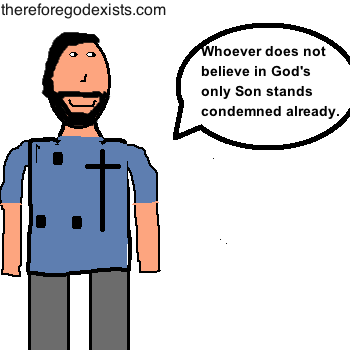 Most religions acknowledge the problem of sin in contrast with the Holiness of God (or the gods) and attempt to offer some sort of atonement for sin, such as in Islam, where if our good deeds weigh more than our evil deeds, our wage awaits us with the Lord, or in the Hindu karma system, wherein our good deeds are propositional to our position in the Caste system.

However I have always maintained that Christian theology is the only system which offers a system of atonement that made sense, for how can one good deed erase our bad deeds, and moreover, how can a just God blink at sin? Therefore, as my debate opponent Jared guessed, I do maintain what is known as Lordship Salvation, which is to say that salvation comes as we put our trust in Jesus Christ, from which it follows that we are immediately given a new heart and made a new creature. Salvation comes by faith in Jesus Christ, and good works and a righteous lifestyle are a result of salvation. 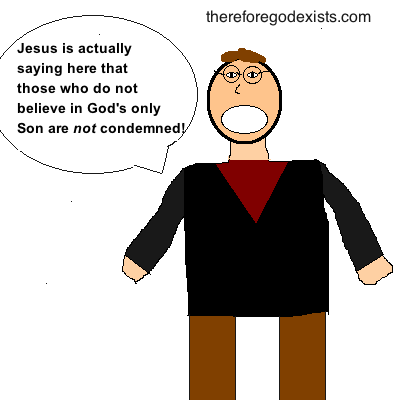 Jared argued that if trust in Christ were a necessity for salvation, it would have been mentioned in Matthew 25. But I guess I do not see how that follows, there are many pieces of the puzzle that are put together throughout all of scripture, not only in Matthew 25. As a theologian, surely Jared knows that we cannot do bibliology by taking one passage and saying that surely it would be mentioned there. Instead, we have to look at all of the relevant passages to see what they have to say.

In Matthew 25, Jesus explained that those who do good works will see heaven, but those who do not, will be told to depart from him. This is a consistent theme which we see Jesus reciting; people ask him how they can be saved, to which he replies with another good work that they can do. But Jesus also pointed out that he was setting a standard that was unreachable for men.

This is evident in Matthew 19, when a rich man asks Jesus how it is that he can be saved, to which Jesus replied that he needs to keep the commandments. When the rich man goes on to say that he has kept the commandments for his entire life, Jesus tells him to sell all of his possessions, and then come to follow him. After he departs, his disciples ask Jesus, “who, then, can be saved?” to which Jesus replies, “With man this is impossible, but with God all things are possible.”

So technically, if a person keeps the commandments for their entire lives and sacrifices everything that they have for their entire lives, they will get to heaven in and of their own merit. The problem, though, that Jesus pointed out is that this is functionally impossible for men. Therefore, I believe that Jesus was teaching Lordship Salvation, that if we do not do good works, we prove that we are not truly his disciples.

As expected, Jared cited Romans 2 as evidence that doing good works can merit salvation. But I would argue that this is completely out of context. Paul was teaching an audience who believed that the Jewish, as God’s elect, were the only people in the world who were capable of coming into a loving relationship with him. But Paul told them that even the Gentiles can do what is right by the moral standard that God has written on their hearts (which is also what I would say about 1 John 2:2, that John was saying that God did not show favoritism among ethnicities). That, however, is not to say that they can atone for the sins they have committed through by following this moral standard, and this is a point that Paul made obvious in verses 21-23.

He says, you, then, who teach others, do you not teach yourself? You who preach against stealing, do you steal? You who say that people should not commit adultery, do you commit adultery? You who abhor idols, do you rob temples? You who boast in the law, do you dishonor God by breaking the law?

Far from teaching that keeping the law will save us, he taught that even if we strive to keep the law, we will break it. Those of us who try to justify ourselves by the law will fall short.

Jared went on to say that belief means an active response to a fundamental truth, and that it is only something that believers do. However I cannot find any Greek Lexicon which agrees with this, the most usual definition is to have trust in God.

Further, and critically, there is very explicit language offering nothing less than condemnation for those who who do not trust in the Son, as evidenced in John 3:36 “Whoever believes in the Son has eternal life; whoever does not obey the Son shall not see life, but the wrath of God remains on him.”

I really have a problem with any sort of interpretation which tries to dance around the plain meaning of the scripture. In the words of Doctor William Lane Craig, before we learn to read between the lines, we have got to learn to read the lines. We cannot interpret the Bible through the lens of our emotions. If Jesus says in John 3:18 (this parallelism in the same passage as the above scripture demonstrating that this is not taken out of context) “Whoever believes in him is not condemned, but whoever does not believe stands condemned already because they have not believed in the name of God’s one and only Son.”, we should accept what he says.

Note: I did not have space to reply to Jared’s objections to my arguments. I will address them in my second rebuttal.