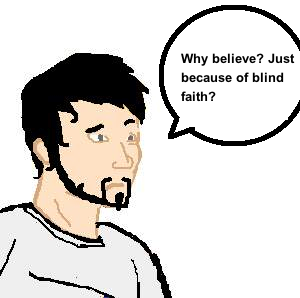 It is so unfortunate that so many Christians just do not know how to explain why they are Christians. Often the leaders of the congregation fail to even teach them sound doctrine. Instead we teach them only emotional experiences or how we can live good lives. We will seek after miracles and fun Bible stories and nice teachings about love for ones’ enemies, but really, Christians often do not know why they should believe Christianity. Of course, for unbelievers, this may be rather anticlimactic. After all, you may spend time struggling with these decisions, and then when you come to a Christian to ask them a question, they give half-answers or just dodge the questions. Despite that, I think there are at least 5 reasons to become a Christian. 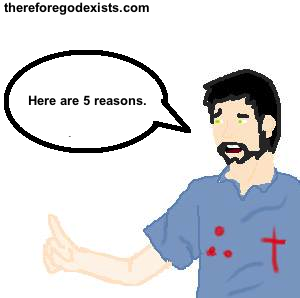 Historians of the last few decades have sought out the portrait of Jesus of Nazareth by studying the relevant historical data. They have come to something of a consensus about the following biblical events: 1 – Jesus was buried in a tomb by Joseph of Arimathea. 2 – That tomb was found empty. 3 – The disciples had experiences of Jesus where he appeared to them alive, after his death. 4 – The disciples believed so strongly that God had raised Jesus from the dead, that they were willing to die for the truth of those beliefs. The best explanation of these four confirmed historical facts is that God raised Jesus from the dead.

I argued for these points more thoroughly in my article Did Jesus Rise From The Dead?

We often hear people saying that people are generally good, that everybody was born good and has a world of potential at their fingertips. Manmade religions teach that because we are good, we can use our good deeds to bargain with God. Essentially, we are so good that God owes us a spot in Heaven. God is our debtor. But Christianity teaches, that there is nobody who is good, not even one person. We all fall short of God’s perfect standard (Romans 3:23).

Just imagine: if you were held up to the Ten Commandments, and God judged you, would you pass the test? Have you told any lies? Have you stolen? Have you looked with lust? Have you fornicated? Have you hated anybody? If you have ever done any of these, then you are a guilty sinner, and God does not owe you anything. That is the point of the Ten Commandments: to expose our sin. As we measure ourselves against God’s commandments, we immediately recognize that we fall short. Far from being good, Christianity teaches that man is essentially evil, and deserves nothing from God.

As I said above, every manmade religion teaches that God accepts men on the basis of their good works. He overlooks their evil deeds, if they do more good works than evil works. The problem with this is that this is not justice. God, on this view, just pardons our sins, arbitrarily. But that is not what Christianity teaches.

This leads me to the most terrifying truth in all of Scripture. Everything that God has ever done comes back to this truth. The most terrifying truth in Scripture is that God is good. Since he is good, he therefore must do justice for guilty sinners. If a judge had a guilty criminal before him, he could not overlook his sins, he must punish him for them. If a judge just pardoned a guilty criminal, he would be thought of as an evil and corrupt judge. God is not an evil or corrupt judge. That is what Christianity teaches. Our good deeds can do absolutely nothing to merit eternal life; they are like filthy rags, in this respect (Isaiah 64:6). So, Christianity makes sense of a good God.

Despite that God is good, there is another truth in Scripture that Christians rejoice over, namely, that God is merciful. At the cross of Christ, the mercy and justice of God kissed. As Christ was murdered, all of the sheer wrath of God went out upon him. He absorbed the punishment that men deserve for their sins. In this way, God is just, because he brought his wrath out upon Christ. But he is also merciful, because now guilty sinners can be forgiven.

The Scripture says of this, (John 3:16) “For God loved the world so much that he gave his one and only Son, so that everyone who believes in him will not perish but have eternal life.” Therefore, we should become Christians because God loved us so much that he did even withhold his only Son from his. Worth so much more than any of us, Christ allowed himself to be sacrificed for our sake. He allowed himself to be stripped of his attributes, taking on the form of a servant, obedient to death, even death on a cross (Phil. 2:5-8). We should become Christians because this is God’s plan of redemption for men, and it is his expression of love for us.

5 – God will be a living reality, making you a new creature.

Of course, this raises the question of how it is that we can become Christians. We do so by repenting of our sin and trusting in the Son of God. As soon as we do that, God will make us a new creature, with a desire to serve him. The old person will die, and the new will be born. All who are in Christ are new creations (2 Cor. 5:17). Thus, we will have a desire to leave our life of sin and unrighteousness and in the place of those desires, have righteous desires, a thirst for the word of God and a hunger to do the will of the God who sent Christ. This is what it means to be a born again Christian – God literally makes us into a new creature.

After that, the Holy Spirit will guide us, day in and day out (Heb 12:8-10), and will be a living reality in our lives. As Professor John Hick explains, “To [those in the Bible], God was not an idea adopted by the mind, but an experienced reality, which gave significance to their lives.” That is what it will be like. God is not just an idea, but you will know the Lord as though he were another person in your life. You will walk with a living reality, which will give significance to your life.