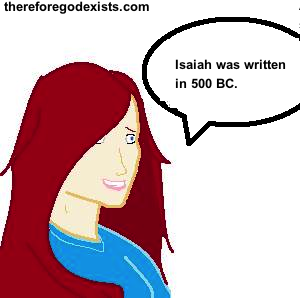 Often referred to as the 5th Gospel, the writings of the Prophet Isaiah are very theologically loaded. I suspect that if it were part of the New Testament canon, liberal scholars would strive to post-date it as late as they could. There are affirmations of Christian theology that Isaiah just would not know, absent divine inspiration. There are long-range prophecies that are so absurdly clear that any reader would see in the text. Thus I suggest that there are at least 3 reasons atheists are afraid to read Isaiah. 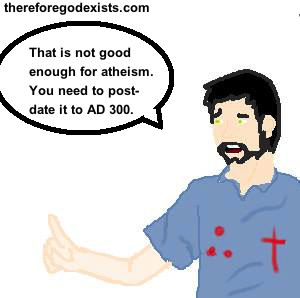 A light to the nations: To preface this, I will tell you a little about the Jewish religion and the Jewish nation. The informed reader will know that while there were some exceptions, those who followed God in the Old Covenant were Jewish by nationality. They were children of Abraham by lineage and according to the flesh. But God said in Isaiah 49:6, “It is too small a thing that You should be My Servant To raise up the tribes of Jacob and to restore the preserved ones of Israel.” Rather than being a light to only Israel, “I will also make You a light of the nations So that My salvation may reach to the end of the earth.”

Thus Isaiah prophesied that the entire world would worship the Jewish Messiah; the God of Israel. So the obvious question is: how did Isaiah know that Jesus would be a light to the nations? How did he know that billions of Gentiles would follow the Messiah of the Jews; the God of Israel? How did he know that you would convert? Liberal scholars want to post-date Isaiah to account for the long term prophecy of the Babylonian captivity. They need to do better than that. They need to post-date it to the 3rd century AD to account for this. The God of Israel is worshipped by billions across the nations, and Isaiah said that it would happen.

YHWH the King and YHWH the Redeemer: The Christian doctrine of the trinity is that there is one God who is eternally present in three persons: the Father, the Son, and the Holy Spirit. So when Jesus relates to his Father, he is not denying his deity, but rather he is speaking with another person of the divine Godhead. One might be inclined to think that such a doctrine came as a product of clear contradictions in the Bible (the Bible says that there is only one God, yet affirms also that Jesus is God), so scholars reconciled them with the doctrine of the trinity.

If there were only one obscure proof-text for the deity of Christ, or the trinity, then I might be inclined to agree with this objection. The problem is the consistency of it. Isaiah was not concerned with orthodox language. He was just reciting words as the Holy Spirit guided him. Isaiah 44:6, and I am going to quote the Tanakh just so you know that this translation is not a product of Christian bias. “So said the Lord, the King of Israel and his Redeemer the Lord of Hosts.” Isaiah draws a distinction between YHWH, the King of Israel, and YHWH, the Redeemer (the word Lord replaced YHWH). Yet two verses later, God says, “Is there any God beside me, or is there any other Rock? I know of none.” So God affirms that he is the only God, yet he speaks of distinct persons in the Godhead.

At this point, non-trinitarians will pose the question: well, what about the Holy Spirit? Isaiah talked about the Holy Spirit in another verse. In Isaiah 48:16, YHWH the Redeemer is talking, and he says, “Now the Lord God has sent me, and his Spirit.” So the question is, how did Isaiah know orthodoxy of hundreds of years in the future, and why did he affirm it as truth, if it is just manmade theological wrangling?

The Babylonian Captivity: Throughout the book of Isaiah, he hints vaguely at the upcoming Babylonian Captivity, in which Jerusalem would burn, and the Jews taken captive for a period of seventy years. This would serve as God’s punishment against Israel. But Isaiah went from vague references to very clear and bold statements, such as Isaiah 44:28: “It is I who says of Cyrus, he is my shepherd! And he will perform all my desire. And he declares of Jerusalem, ‘She will be build,’ and of the temple, ‘Your foundation will be laid.’

Throughout the ages, this was regarded as a long-term prophecy by all relevant scholarship in the field. But in the 18th century, the German theologian, Johann C. Doederlein and other critical scholars hypothesized that the prophecies were written during and after the exilic period. This hypothesis was clearly just a product of anti-supernatural fiat in an attempt to skirt passed the long-term prophecy in Isaiah. It is comparable to liberal scholars disliking Jesus’ prophecy of the destruction of Jerusalem in AD 70, so they post-date the gospels to account for it (despite that none of the disciples bothered the mention that the most cataclysmic even in their lives had taken place, even when Jesus predicted it).

3 Reasons Atheists Are Afraid To Read Isaiah So it seems to me that there is little accounting for Isaiah on a naturalistic worldview. Isaiah prophesied the Babylonian Captivity, and there is good evidence that his entire book was written by a single author hundreds of years prior to the captivity. But even if I grant for charity that Isaiah had multiple authors, one still needs to answer the question of how Isaiah knew that the God of Israel would be worshipped by the entire world. One needs to answer the question of why Isaiah is teaching orthodox Christian theology. If atheism is true, then Isaiah needs to be absurdly post-dated to at least AD 300. Therefore, atheists are afraid to read Isaiah.