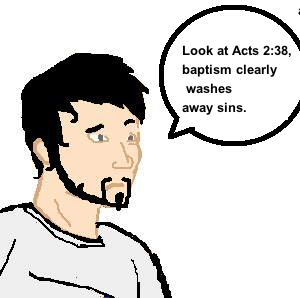 When does God justify a person? Is it only after they have endured a few religious rites? Is it only after he regenerates them? Is it in response to their turning to him in faith? These different models of salvation pervade throughout the contemporary church and we see them as we gaze through the corridors of church history. Throughout the ages, Christians have maintained different stances on salvation and justification. Particularly in this article, I will zoom in on one nuance, namely, the issue of water baptism. Is a person justified by the religious ceremony and ritual of water baptism? Does water baptism wash away sins? What about some of the compelling proof-texts, such as Acts 2:38? What does Acts 2:38 teach about baptism? 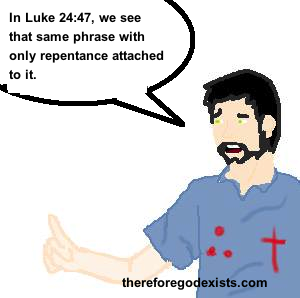 For many, Acts 2:38 is the end of the debate. For it reads, “Repent, and each of you be baptized in the name of Jesus Christ for the forgiveness of your sins, and you will receive the gift of the Holy Spirit.” A surface reading of this verse, in a vacuum, may lead someone to believe that water baptism washed sins away. However, this soteriological heresy is corrected by Paul’s didactic teaching on what it means for a person to be saved, for he says that faith is credited as righteousness (Romans 4:5). I labored to underline this point in my series on Justification By Faith Alone. It is important that we allow the Bible to present a consistent and adequate model of salvation, rather than just pointing to individual snippets that we can recite as one-liners. If we are all just reciting our favorite one-liner, I can say, “faith is credited as righteousness,” and you can say, “Baptism is for the forgiveness of sins,” which essentially amounts to two people talking passed each other and not interacting with the text or what other people are saying. I think that it is important to understand Acts 2:38 in the context in which it was written. Only then will we understand how it fits into Paul’s paradigm of justification by faith alone. 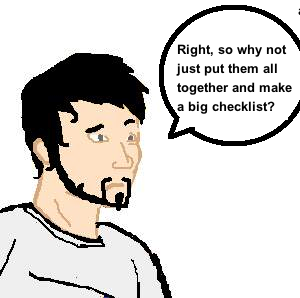 Stories Vs Letters. Reading the Bible often requires a certain measure of discernment. It might be tempting for us to just appeal to the verse that sounds good and seems to represent and prove the core of our theology, but that is not a sound approach to summoning the theological truths forth from the Bible. In fact, that is precisely how Satan manipulated the Bible, when he took verses out of context in a futile attempt to persuade Jesus to bow down and worship him (Matthew 4:1-11). He appealed to little one-liners, verses that he favored, that seemed to support his theology. I am afraid that this is what many Christians are guilty of as well in establishing their doctrine. Many pay little mind to the intention of the author and the literary genre. There are several different genres of literature throughout the Bible, but for our purposes, I will only mention two. 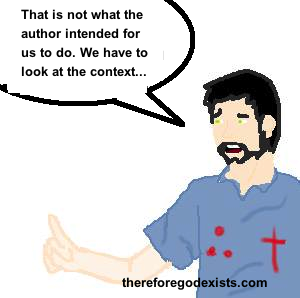 Historical narratives where the author is telling us a story about a certain individual or event and didactic epistles where the author is usually writing to a group of people about something that is going on in their community, and this always has theological overtones, so the apostles will, in turn, teach theology. In some cases, we even have theological treatises on certain issues. That is what we see in the book of Romans, where Paul offers us a theological treatise on what salvation is. He moves from the sinful state of man to justification by faith alone (Romans 3-5). We can see that by the language that Paul is using, he is prescribing the manner of justification.

However, in contrast, in a historical narrative, what we often see are statements that are descriptive of what is going on around them. When Jesus tells Judas, “What you are going to do, do quickly,” that is descriptive of what Jesus told Judas, but not prescriptive for our behavior. In contrast, when he said, “Unless a man is born again, he cannot enter the kingdom of God,” (John 3:3) this is prescriptive, for it applies to everybody. However, many of passages are less clear than John 3:3, and it is more difficult to discern what is descriptive and what is prescriptive. That is not to say that we should just throw up our hands in despair and ignorance, but a fundamental principle of biblical interpretation is that we should always use the passages that are more clear to interpret passages that are less clear. Since Romans is a didactic teaching on what salvation is, the primary discussion needs to be had there, and interpret everything else through that lens. What does Acts 2:38 teach about baptism? Well, we need to understand it primarily through the lens of Paul’s doctrine of justification by faith alone.

It is quite interesting that this term “remission of sins,” appears in a few other places as well. After Jesus rose from the dead, he opened the disciples mind to understand the Scripture, and told them that “repentance for forgiveness of sins would be proclaimed in His name to all the nations, beginning from Jerusalem,” (Luke 24:47). Repentance for the forgiveness of sins. That message begins, where? In Jerusalem. We see the fulfillment of this at Pentecost, in Acts 2:38, further confirming the Pauline interpretation of this verse. Jesus said that it is repentance that is for the forgiveness of sins. Further, in Peter’s second speech, he cut water baptism out of his message. In Acts 3:19, he says, “Repent and return, so that your sins may be wiped away…” The consistent message is that repentance leads to the remission of sins. The one time that water baptism happens to be mentioned in the same sentence does not lead us to think that it washes away sins. We need to be consistent in our understanding.

One might be inclined to ask why it is that we would not just put all of these salvation texts together. In Luke 24:47 and Acts 3:19, we have repentance for the remission of sins. In Romans 4:5, we have faith being credited as righteousness. In Acts 2:38, we have water baptism for the remission of sins. Why not just put them all together and create a checklist model of salvation? We do not do that because that is not what the author intended for us to do. Luke wanted to communicate, in both the gospel named after him and in Acts that repentance leads to the forgiveness of sins. Paul wanted to communicate that faith is credited as righteousness. It would not be treating the text fairly to create a checklist.

Something glaring that you might be inclined to ask is how is it that repentance and faith can both be taken by themselves if they are both necessary for salvation. Is it not true that I am also creating a checklist, albeit, a shorter one? Not at all. For repentance is something that happens internally. Repentance is not a work that one performs. Rather, repentance is to change your mind about sin and to change your mind about Jesus. It might be thought of as an expansive definition of faith. What does Acts 2:38 teach about baptism? Paul’s doctrine of justification by faith alone, then, succeeds even in the face of the oft misinterpreted Acts 2:38.