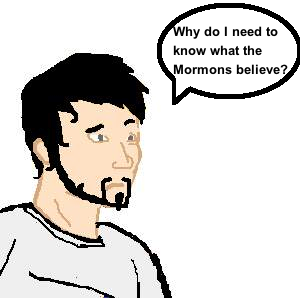 Though a minority, it is rather ironic that the most outspoken and proselytizing are those who are members of a heretical sect and adhere to unorthodox theology. Jehovah’s Witnesses and Mormons are those that we find knocking on our doors, browsing our neighborhoods and searching for people who they can speak with. In fact many of these groups are tasked by their church to knock on doors and interact with a certain amount of people. So while church heretics are an overwhelming minority, they are an extraordinarily loud minority and draw a good amount of attention to themselves as they interact with our neighborhoods. How should we regard their teachings? Should Christians study church heresy?

The teachings of the Jehovah’s Witness and the Mormon are indeed very dangerous, especially to people who lack any Christian background. However those of us who do have a Christian background can usually spot heretics such as this from a mile away. Perhaps the more dangerous church heretics are those who are not on anybody’s radar, and therefore Christians are sometimes persuaded to join them in church and are slowly converted by the fellowship, the charismatic preaching, the out-of-context Bible verses and so forth. This strategy is employed by groups such as the Oneness Pentecostals (and I exposed their teachings in my series Oneness Pentecostal Heresy). 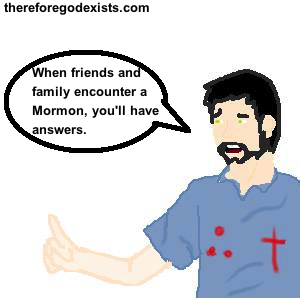 Groups such as the Oneness Pentecostals, the Jehovah’s Witnesses, the Mormons, oddly enough, are often better versed in their interpretation of the doctrines than the average Christian. Their peculiar heresy is emphasized in their church and taught frequently, so that they are essentially given a script to memorize to put forth arguments and knock down opposing arguments. When a Jehovah’s Witness says that John 1:1-2 should say, “the Word was a god,” rather than “the Word was God,” because in Greek, the definite article is absent, often the normal Christian will just have no response. So that in relation to responding to particular heresies, the poor Christian will be steam-rolled, whether in the Oneness Pentecostal church or at their doorstep in dialogue with a Jehovah’s Witness.

So, should Christians study church heresy? I argue that it is a biblical command to study and stomp out heresies that rise up. Secondly, if we do not have answers, if heretics are better versed than we are, how will that look to onlookers who are trying to decide where to go to church?

Throughout the Scripture, there is a command to identify and cast out those alleged prophets who contradict the Scripture. There are four tests of a true prophet in the Old Testament, one of which is that this person adheres to the law of God and follows the Scripture (2 Chronicles 24:19, 20; Deuteronomy 13:4). The question that immediately arises, then, is how can we identify a false prophet for their heresy if we are unfamiliar with the Scripture? We cannot. We need a sound foundation in our doctrine.

This theme carried over to the New Testament, when Paul the apostle told the Jews to hold him to this very test. In Acts 17, Paul encouraged the Jews to search the Scripture, to see if what he was saying was really the truth. When there is somebody making radical claims in our midst, we can take solace in that we have a whistleblower, which is essentially what Paul reminded the Jews of. Rather than telling him to just accept what he was saying, he told them to search the Scripture. This is a precedent that we should follow when confronted by modern church heretics.

The Bible commands us to be diligent against church heretics and those who oppose Christ. As Paul wrote in 2 Corinthians 10:5, “We demolish arguments and every pretension that sets itself up against the knowledge of God, and we take captive every thought to make it obedient to Christ.”

Suppose you have been evangelizing somebody for a few months, working with them and answering any questions that might arise and just teaching them about the gospel. This person tells you that a few Jehovah’s Witnesses came to their door and raised interesting questions. They ask you these questions, and you have no response to them. How will that look to your friend? The Jehovah’s Witnesses will appear to be closer to truth.

This applies not only to friends that we are evangelizing, but to our youth, and even to other Christians. If we do not have any answer to difficult questions, it will appear as though there is no answer, and the heretics are actually closer to the truth. So our friends and family may end up converting to a heretical sect simply because we could not produce any answers while the heretics could. A few weeks later, our friends and family could be telling us that we need to be baptized by a Mormon minister, or speak in angelic tongues, or something like that.

So I say again, church heretics are often very well versed in their particular heresy. If we are going to combat that in the sight of our fellow Christians, keeping with the biblical command to do so, then we need to learn about their doctrine. We need to learn how to answer the difficult questions posed by Christian cults.