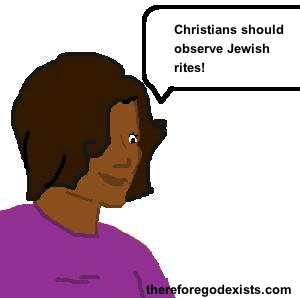 A reading of the Old Testament will reveal an overwhelming foreshadowing in that all of the prophets looked forward to the Messiah to come, a Lord who would sit at the right hand of God the Father. He would be a mighty God, a prince of peace, a wonderful counselor, an everlasting father, and indeed, a suffering servant. Even the practices of Judaism, including their burnt offerings and sacrificial system, drew a picture of this redeemer. The numerous Old Testament prophecies and foreshadowings come full circle as we read the revelation of Jesus Christ in the New Testament. But with the coming of the Christ, many of the old laws and rituals have been rendered inactive, which is protested by even some Christians (such as Messianic Jews). So should Christians follow Jewish traditions? 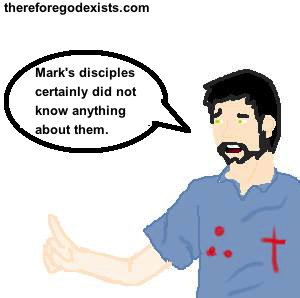 Often even non-believing Jews find their tradition something to be cherished, as participating in something as firmly held for such a long time is quite a privilege. Jewish tradition is sacred, to most Jews that we will encounter, including those that are Jewish by ethnicity, but not necessarily by religion. Therefore even when a Jew is to become a Christian, they find it difficult to leave the traditions of their forefathers behind, and this is reflected in Messianic Judaism.

Of course Messianic Judaism has come to be adopted even by Gentile Christians. However I have found that most Messianic Jews are pretty orthodox in their doctrine (aside from their keeping of Jewish rites), many of them even accepting trinitarian theology. Now this is so bizarre to me because for a Jew to accept the trinity, they have to believe that the prophets of old were only given and presented a partial revelation. The wider revelation came with the New Testament. As the trinity is revealed, so is a law that better governs God’s people in that particular era. Should Christians follow Jewish tradition? Well, Christ gave us new tradition to follow.

The Gospel Of Mark

One of the most fundamental principles of interpretation that we should remember as we read our Bible is that the author wrote each book to a specific audience for a specific purpose. Now that is not to say that there is not universal content within; there is. Much of what Christ, the prophets and the apostles said in the Bible applies to the every-man. But we have to consider that within the context of those that were writing and receiving the letter. Luke’s gospel, for example, was written to Theophilus, who was probably a Roman official, for the purpose of giving him certainty about the Christian tradition that had been taught to him (Luke 1:1-4).

Mark’s gospel, on the other hand, was written for the purpose of educating Gentile Christians on the deeds and life of Jesus of Nazareth. As such, when a Jewish custom appeared in one of his narratives, he explained it carefully so that the Gentiles would understand the context. This is evident in most cases in Mark’s gospel; he usually said something such as, “For the Pharisees and all the Jews do not eat unless they wash their hands properly, holding to the tradition of the elders…”

Therefore, is it wrong for us to celebrate Jewish holidays? Not at all. As Paul pointed out, “One person esteems one day as better than another, while another esteems all days alike. Each one should be fully convinced in his own mind. The one who observes the day, observes it in honor of the Lord.” Within the context of this passage, Paul is explaining that some people may celebrate one day for the sake of bringing glory to the Lord, and some may celebrate another, for the sake of bringing glory to the Lord. Neither of these people should be condemned for their actions. So the same, he argues, with those who choose to eat and not to eat kosher.

Therefore Paul certainly does teach that the Jewish traditions do not necessarily carry on. If a person wants to celebrate Jewish holidays and eat only one kind of food, they are free to do so. But we cannot impart these traditions legalistically.

The Law Will Never Pass Away

When confronted by religious leaders who thought that he was a heretic who was going to deny the Scripture, Jesus declared that the Law will never pass away. In saying this, he was affirming that the Torah and the Hebrew Bible were the inerrant, inspired, and authoritative word of God. But that is not necessarily to say that all of the laws within are to be maintained eternally.

While they are still part of the word of God, they are just a record of God’s interaction with his past people. The Law was not a perfect reflection of the moral standard that is God’s holy and righteous nature. But rather, the Law was how God governed people of a particular era. It was ideal for governing that era and those people, but not ideal for governing future generations.

Jesus confirmed this, as he said things such as, “Moses permitted you to divorce your wives because your hearts were hard. But it was not this way from the beginning.” So Jesus made inactive many of the laws and rites that we find in the Old Testament. So, should Christians keep follow Jewish traditions? It seems to me that if we did in some cases, we would be following traditions that God himself made inactive.