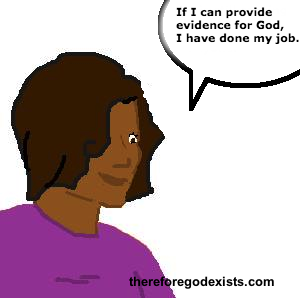 Men such as Dr. Frank Turek and Dr. William Lane Craig were integral to my coming to believe in Christ. Like many others, I can say that my faith would not be what it is today had I not been exposed to the evidence for the existence of God. Christian apologetics is one of the most important endeavors for the modern Christian. Secular professors actively make an effort to uproot the faith. 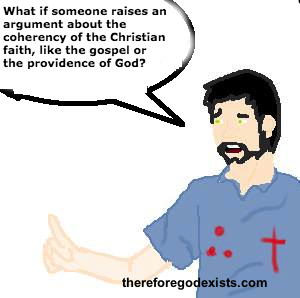 Atheists present themselves as the intelligensia. Men such as Dr. Craig stand as a representation of the fact that it is possible to have reasonable faith. However, after much reflection, I have come to recognize some of the shortcomings of Christian apologetics.

That is not to say that apologetics should be abandoned as a result of these shortcomings. It is to say that it should be refined. Many apologists have significant blindspots because of the way they practice Christian apologetics. If we are going to provide a defense of the Christian faith, it is not sufficient to only provide positive arguments. While these are certainly good arguments, we also need to be prepared to delineate the nuances of Christian theology.

Understand What You Believe

There are two integral aspects to conducting Christian apologetics. First, we have to understand what we believe. Second, we need to be able to understand why we believe it. Many Christian apologists have become so focused on the latter that they have completely overlooked the former. Apologetics ministries are often dedicated to defending doctrines such as “Jesus rose from the dead,” or “God exists” that they overlook other critical points of the faith, such as justification by faith alone, substitutionary atonement, providence, anthropology, et cetera.

Some apologists have even criticized this blog because I often engage in theological discourse, defending the doctrines of grace over and against my Arminian brethren. The reason that I do that is because as a Christian apologist, I am in the business of defending and explaining Christianity. That is not to say that Arminians are not Christians. But it is to say that apologetics is about providing a rational framework for understanding the Christian faith.

Christian apologists are very good at defending the existence of God. They could recite the Kalam Cosmological Argument and defend the premises against the standard ‘God of the Gaps’ and ‘Who Created God?’ nonsense with little effort. But many of the objections to Christianity are deeper than that. Many people will charge the Christian faith with incoherency. Suppose you were to encounter an atheist who did not believe that the Incarnation of Jesus was a rational concept. They said that God was a necessary being, and a human was a contingent being. Suppose again that they were to raise philosophical objections to the doctrine of Original Sin, the death of Christ for our sins, or how God could be sovereign if man is truly free. Would you be able to answer these questions? Is it not necessary to be able to defend these precepts?

You might think that some of these are side issues and you are more concerned with establishing that Christianity is true. But for example, a powerful enough of an objection to the coherence of the incarnation could drastically reduce the probability of the resurrection from a historical perspective. If the atheist is mounting an argument that Christianity is not true because it is incoherent, as apologists, we need to be able to deal with those objections. If you are interested in further reading about the coherence of the incarnation, I recommend The Logic of God Incarnate by Thomas Norris.

This should also illuminate the point that I made about Calvinism (and determinism, by extension). As a Calvinist, I am not convinced that Arminian models of providence are truly coherent. A non-believer might be able to raise a robust objection to the Arminian models of providence (though admittedly, the atheists who are concerned or know about that will be few and far between). I defend Calvinism and determinism because [1] I believe that they are true and [2] I want to provide as coherent of a model as possible with minimal defeasibility.

The Reliability of The New Testament

Of course, the reliability of Scripture is an area of which many apologists are familiar. It comes into the spotlight more often than objections to the incarnation or objections to divine providence. However, the manner in which it often comes into the spotlight is when the apologist is saying what they are not defending. They are not defending and have no need of defending the reliability of Scripture. They only need to defend the proposition that a few gems of history can be derived from the New Testament. Now, I am not charging the classical apologist with impiety, as I pointed out in my article Is The Minimal Facts Argument Impious?

Instead I am pointing out that the Scripture is central to the Christian faith. From where do we derive all of our doctrine? What is the foundation for our belief? It is obviously the Bible. So, there are two important questions that we need to be able to defend. First, how do you know that the New Testament is generally reliable, in a historical sense? Second, how do you know that the Bible is God’s word? Some will respond to that first question by suggesting that it is not reliable because it is just theological musing, and we have copies of copies of copies, and that they were written decades after the events that they record. These objections are probably softballs for the average apologist.

But what about that second question? How can we defend the proposition, “The Bible is the word of God”? I am afraid that the unwillingness to defend this proposition is why many Calvinists (especially those inclined toward presuppositionalism) have become disillusioned with classical apologists. It is not as though belief in the Bible is something that we can take or leave, that we would expect orthodoxy to emerge in a Christian sect that did not use the Bible. I think that this fundamental and central aspect of the Christian faith has been overlooked. (Note: I tried to answer this question in my article How Do You Know That The Bible Is God’s Word?)

What Is Mere Christianity?

What is ‘Mere Christianity’? In apologetic discourse, it is a reference to the common unity that all believers in Christ have on the basis of their affirmations of the essential elements of the faith, including the trinity, the resurrection, et cetera. There is a sense in which I can be sympathetic to this form of apologetics. When we are providing a defense of the Christian faith, it might not be necessary to defend all of the theological corollaries. I do not need to take a stance of baptism (paedo/credo) in a discussion with an atheist. But think for a moment about what the point of providing an apologetic is. We are actively trying to lead people to Christ. Therefore, our apologetic should be gospel-oriented.

This leads to the question, what is the gospel? The gospel is the good news that Jesus died for our sins, rose from the dead, and now offers the free gift of eternal life. What are the theological corollaries of the gospel? I would argue that election is one of them (again, not to say that Arminianism lacks the gospel). If I were to defend ‘Mere Christianity,’ defending only the essential elements of the faith, the question that I would ask is whether the gospel is an essential element of the faith. If it is, then it follows that I should orient my apologetics to the gospel.

What do I mean? Well, if I am defending the Kalam Cosmological Argument, I would want to emphasize that I am not defending a bare theism, stripped of Christian implications. I am defending Genesis 1:1, that in the beginning, God created the heavens and the earth. The God who created the universe is the God who raised Jesus from the dead and offers eternal life. Consequently, I do not know that it would be appropriate to provide an apologetic that does not have the gospel inextricably linked.

Engaging With Other World Religions

Different people come from different backgrounds. Contrary to the experience that apologists may have on the Internet, it is highly unlikely that you run into an atheist in the real world. You are more likely to run into someone who identifies as a witch. Suppose you were to run into a witch. Do you know what they would say? If you are firmly grounded in Christian theology, you will be able to provide a coherent defense of the faith that highlights the gospel no matter what they say. But a defense of an argument for the existence of God will obviously not suffice, because many people of other world religions already believe in a Creator.

I suspect that you might think that the resurrection is an argument for Christianity, and that is really all that you need. There is a sense in which that is true and a sense in which it is not. Some people might be inclined to ask, “How can I fit the resurrection of Jesus into my theology without committing myself to becoming a Christian?” If you think that nobody would do that, then you have never met a pluralist. The ability to explain why they could not do that does not derive from the historical argument for the resurrection. It derives from a sound understanding of Christian theology.

Why Does All of This Matter?

Before ascending to the Father, Jesus gave what we know today as the Great Commission. He said in Matthew 28:19 that it is our duty to preach the gospel to all of creation, making disciples and baptizing in the name of the Father, the Son, and the Holy Spirit. If you spend most of your time talking with non-believers on the Internet, then perhaps you are not very familiar with some of the potential objections that I have raised or they seem foreign to you. But I think that if you are serious about Christian apologetics, you will apply the advice that I have given here and recognize that theology matters.

I sincerely hope that in writing this, I did not offend anybody. I am not writing to tell you that you are wrong or that William Lane Craig is wrong. I am not a red-eyed “discernment” blogger who is concerned with bashing other Christians or putting people down. I am writing this because in my experience, many Christian apologists are very capable of defending the existence of God, but not capable of defending the coherence of the Christian faith because they are not theologically minded. That is not to say that you are not saved or that you are being impious. It is to say that these are often regarded as distinct categories when they should not be.

Of course, you may be thinking “I am not like that, and nobody who I know is.” If that is the case, then that is great. But I have spoken with a lot of apologists and I think that it stands true for many of us. If nothing else, perhaps this article will serve as a helpful reminder for those of you who are already thoroughly engaged in theological apologetics. Beyond that, perhaps it will encourage you to help other apologists to expand their defense of the Christian faith.