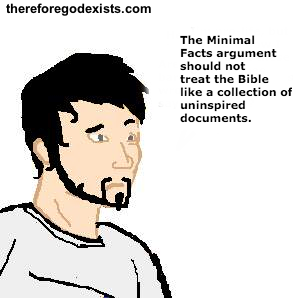 More people who identify themselves as Christians throughout the world are becoming far more inclined toward liberal theology. They are disassociating themselves with the Bible, perhaps in an effort to have a seat at the proverbial table, to have the respect of intellectuals. They want men such as Bart Ehrman and other liberal theologians to nod in approval of their intellect and beliefs. In fact, Bart Ehrman said in his book How Jesus Became God that he respects the form of Christianity that does not use the Bible. Sometimes, presuppositional apologists accuse classical apologists of rendering an argument that is just a few short steps away from a liberal view of the Bible. Presuppositional apologists such as Dr. James White will suggest that the Minimal Facts argument for the resurrection of Jesus is impious. Is he correct? Is the Minimal Facts argument impious? 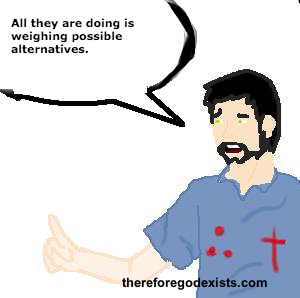 Some readers may be wondering what the Minimal Facts argument is. It is an attempt to show via standard historical procedures that Jesus of Nazareth really did rise from the dead. It asks what one can establish about Jesus on the basis of the historical data. What events surrounding his life does the evidence point to? Then, one measures the resurrection hypothesis against competing naturalistic hypotheses. But, where does the apologist acquire his or her historical information? The best sources that descend from the first century are the gospel narratives. However, if one is to analyze the New Testament as a historian, they need to treat them as a collection of human documents and discern what they can prove that happened. Dr. White (along with many other presuppositionalists) think that this is impious. The Bible is God-breathed. It is not merely a collection of historical documents. Do they have a point? Is that Minimal Facts argument impious?

One of the great features of being human is our capacity for critical thought. Everything that we learn does not have to be the result of a process of trial and error. We can consider what might happen in certain circumstances. We can plan ahead and consider possible consequences. This is a heuristic device. It does not mean that these possible alternatives are true. A presuppositionalist might say, “Well, if X argument were answered to my satisfaction, I would become a classical apologist.” But that is just a scenario meant to illustrate the point that they were making. Similarly, one may ask an atheist, “If Christianity were true, would you become a Christian?” Obviously, Christianity is true. But this question is meant to make the atheist reflect upon their own biases. It is a heuristic device.

Interestingly, men such as Dr. White will make this assessment when they are in dialogue with Muslim apologists. When you are in a debate with a Muslim about the Qur’an, it is not helpful to just appeal to the Bible as a divinely inspired document. They would just reply by appealing to the Qur’an as a divinely inspired document. The discussion would reach a stalemate. The question that needs to be asked is, “How do we know that these are or are not divinely inspired documents?” But that is pretty close to the Minimal Facts argument. Now, lest anyone accuse me of the tu quoque fallacy, I am not saying that because the presuppositionalists use a similar argument, that it is therefore valid. This article is aimed at presuppositionalists and people who have been influenced by presuppositional thought. So I am just pointing out that we all take this approach to apologetics in different circumstances. The classical apologist is just a little more consistent.

It Assumes That God Acts In History

The doctrine of naturalism is one of the key indicators of liberal scholarship. If one looks at the historical data, they need to assume that God is not the cause of any phenomenon at all. Accordingly, one cannot suggest that miracles are a possibility. Bart Ehrman has argued that since a miracle is such an unlikely event, that the historian must rule it out by fiat (as historians only deal in probabilities). This seems to be just a few short steps away from suggesting that God does not act in history at all, that everything has happened naturally and that one only discerns the existence of God by their personal experience. This would eliminate the doctrine of biblical inspiration. This accusation is similar to what proponents of the Minimal Facts argument will endure. Is that argument justified? Is the Minimal Facts argument impious?

Well, during his debate with Bart Ehrman, William Lane Craig defended the Minimal Facts argument and did not succumb to Ehrman’s argument. Dr. Craig pointed out that there were two areas of historical criteria that need to be considered (I pointed this out in my article Can A Historian Use God As An Explanation?). First, there is the intrinsic possibility of an event. Miracles are intrinsically improbable. However, Dr. Ehrman ignored the second half of the probability calculus. An intrinsically improbable event may be the best explanation if there is sufficient background evidence to establish it. So, with the four minimal facts that Dr. Craig presented, God’s raising Jesus from the dead becomes a probable event. (If you are preparing to object out of your distaste for probabilistic arguments, check out my article Do Classical Apologetics Postulate A Probabilistic God?)

A Historian In Their Personal Life

A historian may sometimes treat the Bible a collection of ancient documents, and nothing more. They may attempt to discern what one can prove historically. But that endeavor does indicate that they do not believe that some event actually took place. If I mount a historical argument that there really were guards at the tomb of Jesus, that does not mean that my belief in the guards at the tomb hinge upon the argument. I already have reasons for believing that. Similarly, if I make an argument that Ephesians 1 teaches the doctrine of unconditional election, my belief in unconditional election does not hinge upon that passage. There are other passages worth considering.

In the same way, the historian may make an argument that the historical Jesus really did say and do certain things. They may develop a portrait the historical Jesus on the basis of the historical principles of investigation. However, they will have a much wider portrait in their own personal life. They may personally know that Jesus said everything that is recorded in the gospels. But they do not know it as a historian. They know it as a Christian. That is not to say that their historical pursuits are not in submission to the Lordship of Christ. They are serving Christ via their historical investigation by establishing that the traditions that the church has always affirmed really are true. So, is the Minimal Facts argument impious? It would be if the historian actually thought that the Bible was uninspired. But the classical apologists who I have followed and listed in this post do believe in inspiration and inerrancy.

If you enjoyed my exploration of the question ‘is the Minimal Factors argument impious?’ and want to read similar content, check out my article What Presuppositionalists Can Learn From Classical Apologists