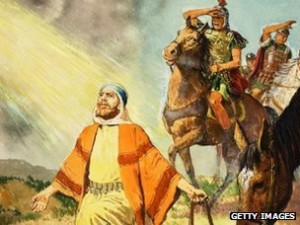 Non-believers will attempt to argue that Paul just hallucinated Jesus Christ on the road to Damascus, which caused his radical transformation. However still, as a committed Jew, and as a very angry and hateful man, even if Paul were to simply encounter someone who claimed to be Jesus in a supernatural fashion, one might expect that Paul would be persuaded that he was a demon, rather than God. But from this experience, Paul changed his mind about Jesus, an effect that we cannot be sure that a simple encounter would have.

Further, there were two other companions with Paul when he experienced the Lord, both of which saw the light that surrounded Christ, and heard his voice as he spoke to Paul. One might argue that Luke was just making up a story when he wrote these things. The problem that I find with this idea, though, is that the companions only had a partial vision of Christ. The could hear what he was saying, but they could not see him. If Luke was going to invent a conversion experience, it would obviously be better for his case if he made the companions both hear and see what was occurring. Since he did not do that, it can be argued that Luke was just faithfully recording the events. But if he were going to make up a story, it would have had more details in his favor.

2 – The amount of and various circumstances preclude hallucinations.

In 1 Corinthians 15:3-8, Paul listed a number of people, that is, five hundred people, who he said had experiences of Christ in which he appeared them alive after his death. If Paul were just making something up, he would know to not include hundreds of people. These people were known, and were alive. They would simply be approached, and asked, “did Jesus appear to you?” If Paul were fabricating a story, he would know not to include people who could falsify his story. As one historical scholar said, Paul’s list was equivalent to saying, “if you do not believe me, go and ask them.” So most historical scholars do think that various people had experiences of Jesus.

With that in mind, a hallucination is not the best explanation for why various people, including enemies and skeptics, in different locations and under different circumstances, saw Christ. What we need to understand about hallucinations is that they happen in the mind of an individual. They are like dreams in this way. To say that hundreds of people in various circumstances and various locations all had the exact same hallucination is much less plausible than the hypothesis that Christ really did appear to them.

3 – The disciples had no expectation of seeing Jesus alive again. 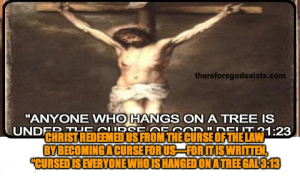 During this era, there was a plethora of false Messiahs. They would rise up, claim to be the Christ, and gain a following. When the Jewish authorities would find out about these claimants, they always dealt with them in the same way: crucifixion. When they crucified this man, they proved that he was a heretic, a liar and blasphemer, and he was literally under the curse of God. That is precisely what happened when Jesus was murdered.

That is precisely what was going through the minds of the disciples when Jesus was murdered. Their leader was dead. Jews had no belief in a dying and defeated Messiah. They had no expectation to see Jesus again. He was dead. Think of how you felt when a loved one died. Stricken with grief and turmoil because you would not see them again. That is how the disciples felt. Jesus of Nazareth was dead. They were not expecting to see him alive again. Nobody had this expectation. So to say that they wanted it so desperately that they just saw it as like a mirage of a river in the desert flies in the face of Jewish thought.

4 – Hallucinations would have never have led to belief in Jesus’ resurrection.

If the disciples really did hallucinate Jesus, that still would not lead them to the proclamation that he had risen from the dead. The Jews did not believe that people would rise until the general resurrection at the end of the world. But they did not hold a belief in an immediate resurrection. So if they were to hallucinate Jesus, they would not suppose that therefore, he had risen from the dead. They would conclude that he had gone into Heaven, into Abraham’s Bosom. They would not expect that he had been risen bodily and physically.

With that in mind, his appearances were nonetheless physical and bodily. Thomas said that he will not believe in the resurrection until he is able to put his fingers into Jesus’ wounds and confirm that he really had died and risen again. The appearances were of the nature of a physical and bodily resurrection. But Jews would just never expect that. A hallucination is only a reflection of what is already in your mind. Jews would never have that sort of appearance of Jesus preloaded in their mind. 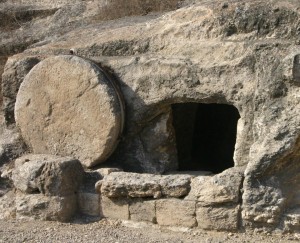 The Austrian historian, Jacob Kremer, said “By far, most historians hold firmly to the reliability of the biblical account of the empty tomb.” This is for several reasons. The empty tomb narrative is found in the earliest source material, that is, Mark’s gospel and the letter to the Corinthians. It was women who found the empty tomb, and if you were going to fabricate a story, you would not put women there, because their testimony was worthless. Finally, the Jewish response to the empty tomb was not to point at the actual tomb, but to say that the disciples stole the body, which, of course, presupposes that the tomb was empty.

So the tomb of Jesus was empty. But the hallucination hypothesis does not have the explanatory scope to cover that historical fact.