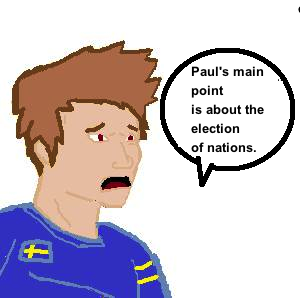 What does Romans 9 teach about election? Well to preface this question a tad: common in evangelical churches today is the Arminian view of election. This view states God elects people based on their free choice to be saved. That is to say that God chooses to save people because he knew that they would choose to be saved. In this way, salvation is a cooperative effort. This is known as synergism. Man and God are working cooperatively. In contrast, the Calvinist view of election states that God alone brings a person into salvation. God works in the heart of the sinner to turn him to faith and salvation. This is known as monergism. There is no cooperation. It is solely the work of God. 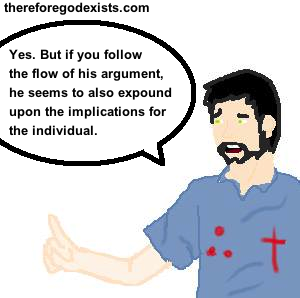 Synergism has pervaded and been popularized throughout post-reformation church history, even in Protestantism and evangelicalism, despite that the Protestant Reformers and the Puritans were staunch Calvinists. Of course, today, there has been something of a resurgence of Calvinism in recent decades. However, people tend to be appalled at the implications of Calvinist theology. It implies that God does not save everybody, even though he could. Since monergism does not require mans’ cooperation, there is nothing to prevent man from salvation, aside from the choice of God. This is typically seen as unthinkable among many Christians.

But the question that is before us is not what is appealing to us, but what the Bible says. One of the key passages is Romans 9. So then, what does Romans 9 teach about election?

The argument that Paul is making is in regard to the election of nations. Paul begins by saying that his heart is torn for his countrymen (v. 2). He would prefer to be cut off from Christ if that meant that the Jews could be restored (v. 3). But, he takes solace in the knowledge that not everyone who is Israel who was descended from Israel (v. 6). That is, Israel includes everybody who is a child of the promise of God. Thus, Paul argues, today’s church is Israel. God is not a tribal warlord over the Jews only. He is the God of the Jews and the Gentiles alike. Believe it or not, this was a radical message to the ear of the Jew. He said that when Isaiah spoke that message, it required great courage (Romans 10:20). It was a radical message.

So then, Paul’s message, receiving much protest from the Jews, was that the election of God was being expanded to include the Gentile nations. Indeed, it always included and was open to the Gentile nations. He offers the example of Jacob and Esau, who were representative of the nations who descended from these individuals (v. 12). The text says that the older would serve the younger. But with regard to the individuals, the older did not serve the younger. It must be referring to the nations. This statement, “the older will serve the younger,” flows logically as a consequence of Paul’s reasoning that “they are not all Israel who are descended from Israel, nor are they all children because they are Abraham’s descendants.” (v. 6-7). Secondly, Paul cites Hosea, which says, “I will call those who were not my people, my people.” This is clearly an election of people, not individuals. What does Romans 9 teach about election? The primary teaching is corporate election.

But, and this is important, nations are made up of individuals. So the election and the implications that Paul speaks of extend to individuals.

This is where the synergist will recoil that it would be immoral for God to do such a thing. But the very fact that the synergist is raising that objection seems to correlate with Paul’s line of reasoning. He anticipated that response. He writes, “You will say to me then, “Why does He still find fault? For who resists His will?” (v. 19) which is precisely what the synergist will say. Paul responds, “On the contrary, who are you, O man, who answers back to God? The thing molded will not say to the molder, “Why did you make me like this,” will it?” (v. 20). What does Romans 9 teach about election? The secondary teaching is individual election. Then until verse 20-23, he repeats this sort of reasoning until verse 24, when he makes his way back to corporate election.

Paul’s argument is that while there is monergistic election, God is not unjust. He is the Creator, and we are the creatures. He is more righteous and more loving than we are. We cannot, as many do, assume to stand in judgment over God and assume to say that he is behaving immorally. He is more loving and more righteous than we are. God is the judge. We are not the judge over God. Whether we hope to retain our free of the will or a conception of election that we are comfortable with, we need to follow the text where it leads. We need to interpret our desires through the text, not the text through our desires. That is why Jesus said, “Deny yourself, pick up your cross, and follow me.” (Matthew 16:24).

What does Romans 9 teach about election? Paul’s argument is that the Jews and the Gentiles alike are saved by grace alone through faith alone in Christ alone (v. 31-32). He is explaining that the salvation of God includes the Gentiles. But further, as an aside, as a secondary note, Paul does expound upon the implications of the individual. He seems to teach individual election. He seems to teach monergism and he seems to refute synergism.