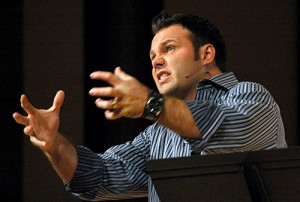 Is Mark Driscoll a heretic? When my 2013 article 5 Popular Christian Teachers To Avoid went viral, there were a number of reactions. Some people wanted to know what I meant by what I said, and whether I condemned them as sinners going to Hell. The answers to that would be that I do not. My message was simply that these are ministries that have propagated false information, and they should be avoided. Another common question was why it was that more people were not included. 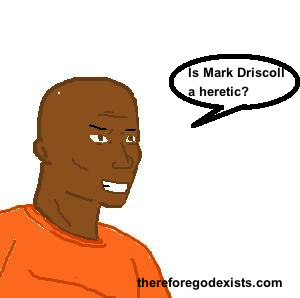 Among the names, the most common was Mark Driscoll. Is Mark Driscoll a heretic? Is he outside the body of Christ, worthy of our condemnation?

It seems like any popular level teacher, no matter how gentle and godly and humble and loving he is, will receive some sort of backlash. People will always find a reason to condemn them. One could name any popular teacher among Christians and they will be pleased to offer their unsolicited and unrestrained opinion. Perhaps Driscoll has just been thrown under the bus as a popular teacher. Perhaps there is no merit at all to the indictments that people have against him. Is Mark Driscoll a heretic? This question is under consideration. 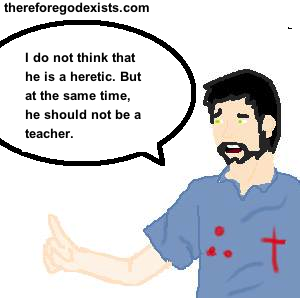 Mark Driscoll affirms the gospel. He affirms everything that I said above. So then, I think that with that in mind, we may still have criticisms of him, but these criticisms should be from one brother in Christ to another. We should be careful lest we condemn and attack our own brother. We may be frustrated with him or even think that he should not be teaching. But if that is the case, then we need to remember that he is still a brother in Christ. Beyond that, if you want to say that he is not truly born again, I think that is a hard question for an outside who does not know the man to answer.

Is Mark Driscoll a heretic? Does he mock the Bible? One of the complaints that I have heard of Driscoll is that he mocks the Bible in his books. He ridicules it and ridicules the Lord. In pages 43-44 of his book Vintage Jesus, he explains the first chapter of Mark in a way that seems less than charitable to the person of Jesus. He compares the Lord to “a wingnut who holds billboards… he tells people to shut up… he picks a fight… he breaks into a church… he ignores his mother.” You get the idea. The accusation is that he is not portraying Jesus as the glorious Lord.

However I wonder what Driscoll’s goal in writing this way was. Perhaps he had in mind the old pithy proverb, “what would Jesus do?” People often do not realize how radical of a man Jesus was. So he was communicating that to his audience. Further, his audience is something else to consider. Perhaps some of his fans find that abrasive style of writing to be easier to read and more entertaining than scholarly literature. One might indict Driscoll for this chapter. I could conceive of it. It is not as flattering as I would depict the Lord. But I think it is important to ask the question of what he has to say. Why did he write it like this? Perhaps he was (whether successfully or unsuccessfully) attempting to adhere to the philosophy of ministry of the apostle Paul, namely, “I have become all things to all people so that by all means, I may save some.” (1st Corinthians 9:22). It could just be a method of communicating a truth. Is Mark Driscoll a heretic? I do not think that we can condemn him as one for this reason.

Is Mark Driscoll a heretic? The comments about sex. Driscoll has, admittedly, made some strange comments about the Songs of Solomon, and whether it is okay for people to masturbate. While I think that his intention was to communicate truth, some of the things that he preached over the pulpit, to put it mildly, were very inappropriate. He says of the Songs of Solomon, ‘They will say that it is an allegory between Jesus and his bride the church. Which if true, is weird. Because Jesus is having sex with me and puts his hand up my shirt. And that feels weird. I love Jesus, but not in that way.’ Bad joke, Mark. I am not prone to let Mark off the hook for this. This was a foolish this for somebody in his position to say. There were several other similar remarks. In fact, John MacArthur replied with a three part sermon series called The Rape of Solomon’s Songs.

I say again, I am not letting him off the hook for anything. He made a mistake. But my understanding is that he was ashamed of this sermon. He made a point to wipe it off the internet and does not want anybody to know about it. But he said it (and not only that) and people have the right to know that. Is Mark Driscoll a heretic? No, I do not think that this makes him a heretic. I think this proves that he is a sinner and did not think about what he was going to say as much as he should have.

Is Mark Driscoll a heretic? No, but teachers are judged harshly. James tells us that not many people should become teachers, because teachers are judged harshly (James 3:1). If somebody is going to lead people, they need to be beyond rebuke. They need to be respectable, hospitable, able to teach, not addicted to wine or pugnacious, but gentle, peaceable, free from the love of money, and I draw your attention to this: And he must have a good reputation with those outside the church. (1st Timothy 3:1-7). Is Mark Driscoll a heretic? No. But he should not be a teacher or a leader in a congregation.