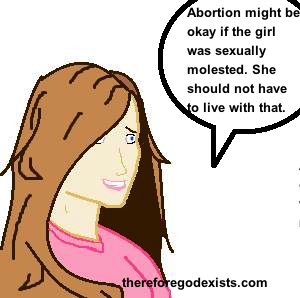 Is abortion okay if the girl was raped? One of the more powerful arguments for abortion would be the reality of molestation. Pregnancy is not always of the free choice of the woman, nor does it always come as a product of her choice to have sex. Sometimes, in great trauma, men force themselves on women. Women are raped, and sometimes, when they are raped, they get pregnant. So the argument goes that if abortion is not permitted in this case, she would have to endure a living reminder that she was raped, rather than being free to move on. In this way, if a pro-life advocate and a pro-choice advocate were both to talk to a teenager who was raped, it might often seem that the pro-choice advocate was more sympathetic and loving and compassionate. 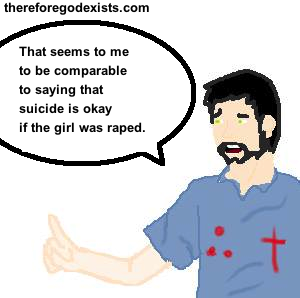 While the pro-choice advocate may have sincerity in their hearts and even while they have the purest of intentions, they are severely misguided. Is abortion okay if the girl was raped? Not at all. I maintain that they are offering a solution comparable to suicide: it may seem easier and it may seem to have a lighter load, but it devalues human life and is built on a foundation of false compassion.

What if the girl made the choice to keep the baby, but changed her mind after birth? Suppose for a moment that this rape victim made the decision to keep her child and to give birth. After the baby emerges, she sees the physical resemblances that it has to her rapist. Every time she looks in the babies’ eyes, she sees the face of her rapist staring up at her. Yet she has already decided to keep the baby. However, if we apply the very same reasoning as the abortionist, we are led inevitably and irrevocably to the practice of infanticide. This girl is forced to have a living reminder of her rapist, and who are we to say otherwise?

Abortion is a further burden to put on the girl. Imagine that a veteran of war went to a group therapy session, and admitted all of the things that he did in the war. He said that he could not shake the memories. The leading therapist decided to subscribe that he should go and kill somebody else. A civilian. Just walk up to them on the street and choke them out. That will help. Right? Or would it be adding a further burden to his already heavy heart and weary memory?

That is precisely what abortion does to the girl who just wants to shake the memory of her rapist. She has this one trauma to deal with, and in response, we tell a girl that she can commit murder, and this will lighten the load. But later, she will find that her conscience cannot bear the unnecessary burden that we have put on her. Not only have we encouraged her to take the life of another human being, but to take the life of her own child. Who can live with such a reality? Is abortion okay if the girl is raped? To put such a heavy burden on the girl should be far from our thoughts. 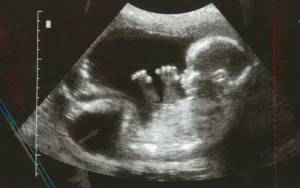 In response to this, the abortionist might raise the arbitrary distinction of a biological human being and a human person. But, one asks, what is the difference? After all, that distinction has been raised to justify homicide on a cataclysmic scale throughout the ages. The Jews were not persons, but were merely human beings, and so the Holocaust commenced. The blacks were not persons, and so slavery found its’ home. This is an arbitrary distinction that is meant only to justify murder. Is abortion okay if the girl is raped? No, that does not make sense, because the baby is still a human being.

Is abortion okay if the girl was raped? This seems to me to be a comparable question to, “is suicide okay if the girl was raped?” Do we encourage suicide, just because we do not want the girl to live with such a thing? After all, it is her body, and so it is her choice. We do not tell people to kill babies when they have something terrible weighing on their conscience. We do not place a greater yoke on the shoulders of rape victims. We do not devalue human beings. That is not progress. That is regression. That is stupidity.