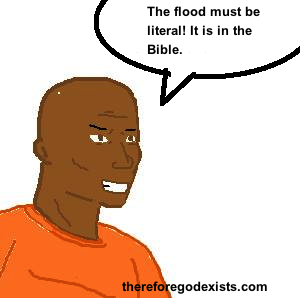 It is often said that the nineteenth century was a bad era for biblical scholars. During that time, there erupted a number of archeological discoveries from the ancient near east that have severely challenged Christians. Secular scholars have painted the issue as one of science and high learning against the Bible. Thus, Christian belief is associated with anti-intellectualism. Many Christians have participated in the rigged game, taking a stance against scientific endeavor in favor of the Bible. However, I am not persuaded that this dichotomy is legitimate. Christians need not choose between anti-intellectualism and apostasy. Rather, as Christians, we should be open to following the evidence and biblical data where it leads. We must ask the question, is the story of Noah literal? 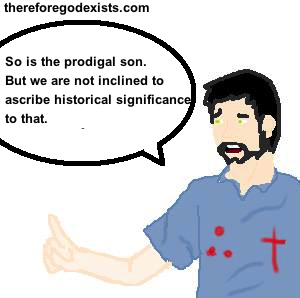 The way that we process this question should not strike Christians as strange. After all, the Bible is full of metaphorical accounts of particular events. Jesus always had parables in his mouth meant to edify the masses. The significance was not whether the stories actually occurred, but rather, their theological themes were what he was trying to convey. He was teaching us about God, and not about history. The historicity of a parable is just not a significant question. If we are going to read the Bible, we need to be receptive to this understanding. It is permeated throughout the entire warp and scope of the Bible.

Did God wipe out all of mankind? If we read the story of Noah literally, it is hard to avoid the notion of a global flood that wipes out every living thing on the earth (however, many faithful Christians have maintained such a view. Evan Minton spelled out the local flood interpretation here). But I am not convinced that these statements of absolute and global catastrophe can be taken literally. There is a precedent for interpreting statements of absolute catastrophe as indicators for how earth-shattering this particular event is. Rather than saying that the entire earth was literally being destroyed, the author was probably expressing that for those who are affected, it would seem so devastating and earth-shattering that it can only be adequately described as utterly destroying the entire world. That is just a way of expressing the fury of the destruction, but not necessarily something that we are to take literally.

The same sort of language is used when the Assyrians destroyed Israel. It is expressed that the entire world is being left in ruin. Isaiah 13:9 expresses that God will make the land desolate. The word translated into “land,” is literally “earth,” the same word in the first chapter of Genesis wherein it says that God created the heavens and the earth. More significantly, Isaiah 24:1 says, “Behold, the LORD lays the earth waste, devastates it, distorts its surface and scatters its inhabitants.” God is using language that seems to express that he will destroy the entire earth. David used the same sort of language when he was express gratitude for God and trust in him to bring him salvation from his enemies. In 2 Samuel 22:16, David says. “Then the channels of the sea appeared, The foundations of the world were laid bare By the rebuke of the LORD, At the blast of the breath of His nostrils.”

This should not strike us as unfamiliar. Isaiah 13:10 reads, “For the stars of heaven and their constellations will not flash forth their light; The sun will be dark when it rises and the moon will not shed its light.” The events that are occurring as so earth-shattering that it seems as though these things were happening. Jesus said the very same thing when teaching about eschatology. But there is no reason to be dogmatic about the literal dissolving of stars. What about the story of Noah, then? Is the story of Noah literal? There is just no reason to be dogmatic about the literal global flood of the story of Noah. There probably was a flood, but not necessarily a flood that wipes out all of mankind, nor a flood that destroys the entire earth. The flood is more akin to God laying the earth waste in Isaiah.

There are parallel accounts of the flood. The historical-grammatical method of interpreting the Bible states that we need to understand the individual books of the Bible within the cultural milieu that they were written. It would be anachronistic for us to read modern science into a book of the Bible, because they were not intended to express modern science. Rather, we need to understand them within the cultural framework that they were written. Alongside the Genesis narrative, there are other religious texts that express stories that are very similar to those revealed in Genesis. There are parallel, Pagan accounts to the flood of Noah.

That is not to say that the story of Noah is plagiarized from Pagan sources. There is no evidence of dependency available. What we see is that these cultural stories were told by different groups of people, meant to express different things. The story of Noah comes from a culture that told flood stories. What is significant, then, is not the literal recounting of the flood narrative. The significance is rather in the theological overtones. It is parable meant to educate us in theological matters. It teaches us about the sinful nature of mankind (Genesis 6:5) and about the wrath of a just and holy God. It also teaches us about the mercy of God to those who will repent of their sins and turn to him in faith. These realities emerge even if we do not take the story literally.

Is the story of Noah literal? The parallel accounts make that interpretation much less tenable. It seems more likely that it was meant as a Jewish parable. The Jews were telling their culture stories with Jewish theology.

The impossibility of a literal account. As I said, there are different interpretations of the account of the flood that we find in Genesis. Some think that the flood was local. But in my personal opinion, if I were to take the story literally, I would conclude that there was a global flood that destroyed every living creature on the entire earth. But if I were to believe that, I would have to find it in myself to glare absurdity unflinchingly in the face and accept it.

We are led to believe that Noah had in his possession, one of every kind of animal, who traversed the terrain of the world, from the jungles in South Africa, to the Australian outback. They all set sail in a variety of different circumstances and were brought to the middle east, where they escaped their owners and sprang into Noah’s grasp. This happened not to one or two animals, but every kind of animal in existence. (I wonder how he kept them from eating each other.) In an effort to dull the blade of this reality, defenders of the global flood will usually say that there were fewer animals on the ark than is being suggested. There was one pair of dogs, and these dogs evolved into the variety of dogs that we have today. Well, the typical young earth model puts the flood around 4000 years ago. If we are to think that every species in existence evolved from that cluster of animals 4000 years ago, that would make for quite a rapid presentation of evolution, beyond anything that has ever been observed. Are young earth creationists really prepared to believe in a model of evolution that is beyond any scientific observation? Multiple testimony seems to indicate not.

Further, and critically, after the ark ported, and the animals went ashore, this is something that we should see in the scientific record. We should see the animals of the world spreading from one local area. Instead, we see kangaroos in Australia. How in the world did the kangaroos get there? Did they convoy across a massive ice bridge? In fact, that is what the leading young earth creationist organization, Answers In Genesis, argues for. They suggest that the kangaroos walked across the ocean on a massive ice bridge, migrating to Australia. Of course, this begs the question of why they would begin such a voyage and how they survived the journey.

You might be inclined to think that these absurdities are just miracles. But the idea that God supernaturally transported kangaroos from the middle east to Australia, or that he orchestrated the rapid evolution of animals, is akin to saying that God scattered fossils throughout the world to test us. Why think that God would do that? Is it possible? Yes, I concede it. It is possible. But there is no reason to think that God would do that. Indeed, if he did not scatter the animals, we would have definitive evidence that all of the animals in the world were gathered into one local area! But instead he tampered with the evidence? He hid it from us? Why would we think that? The only possible reason for us to think that is because we have already assumed that the story must be literal. Hence, it is just an ad hoc explanation. It is meant solely to preserve the belief that the account of Noah is literal.

Is the story of Noah literal? It seems much less intellectually strenuous to say that it is just a parable.