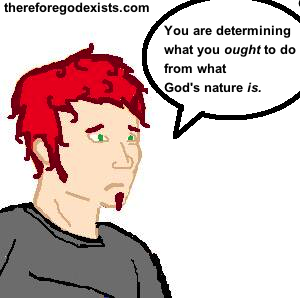 It is often said by Christian apologists that the atheist cannot live consistently within the framework of their worldview. They will adhere to their ethical convictions and act as though they really were binding. They will object to the evil in the world and labor to make the world a better place. As such, atheists and non-believers are often good and moral people. That is not contended. The contention of the Christian apologist is rather that atheists have no right to make ethical claims. So the argument goes, if one says that something is right or wrong, moral or immoral, they are making the claim that there is a standard of morality that is beyond themselves. The atheist then would be borrowing from theism. That is the argument. David Hume objected to this that the Christian apologist is deriving an is from an ought. Is the moral argument guilty of the ‘is/ought’ fallacy? 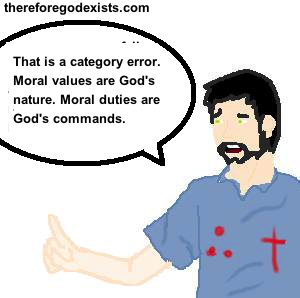 According to the Texas State Department of Philosophy, “The is-ought fallacy occurs when the assumption is made that because things are a certain way, they should be that way.” So if a church appeals to their tradition, and says, “this is the way that we have always done it, therefore, this is the way we should keep doing it,” the traditionalist is drawing an ought from an is. TSU provided a few examples of their own. “We do not currently regulate the amount of nicotine in an individual cigarette; therefore we need not do this,” and “If nature does not make it, we shouldn’t have it.” In both of these cases, an ought is being drawn from an is.

So the atheist will argue that the theist is drawing an ought from an is in their rendering of the moral argument. For we propose that morality is within God’s nature. God is the Good. As such, we saying that since God is some way, therefore, we should behave in some way. So then, is the moral argument guilty of the ‘is/ought’ fallacy?

Is the moral argument guilty of the ‘is/ought’ fallacy? It seems that even granting the objection, the atheist would still be left unable to ground morality within their worldview. If anyone is to posit any form of moral realism, this argument restricts them to a theistic model of it.

The objector is conflating moral values with moral duties. The objection is that we cannot ground morality in God because we are drawing what we ought to do from who God is. If we were doing that, it would be guilty of the is/ought fallacy. It would akin to my saying that because God is all-powerful, that therefore I should be all-powerful. Since God knows everything, it is therefore my moral duty to know everything. Likewise, since God is good, therefore, I should be good too.

But that is not what we are doing. When the Christian apologist grounds morality in God, they are making a statement about God’s character. God’s character is perfectly righteous. But that is not from where we derive our moral duties. As Doctor Bill Craig pointed out, “God’s nature serves to establish values—goodness and badness—while God’s commands establish moral duties.” God’s nature establishes what is. His commands to us establish what we ought to do. They are utterly distinct categories.

Further, with these categories in mind, we could make a strong argument that moral realism must be grounded in a personal entity rather than an abstract form. Non-theistic models of moral realism fail to account for the moral duties that man has. If I found a piece of paper in the middle of the woods with a set of rules written on it, I would have no compulsion to follow it. But if the monarch offered a set of rules, I would be compelled to follow it because it derives from a personal entity. So, moral duties must be derived from a person.

Does the moral argument commit the ‘is/ought’ fallacy? It seems to me that the objector has failed to recognize the categories of moral value and moral duty.

Worthy authorities can give moral duties. If one of your neighbors claimed your land and said that you need to start paying taxes to them to live there, you would call the police and have them arrested. But if an IRS agent demanded that you pay your taxes, you would recognize their authority as representatives of the federal government and you would submit to them. Likewise if a police officer is pulling you over, you would pull over, recognizing their authority. If a parent tells a child to “come here,” the child will listen, but they will not listen if a random stranger tells them that (hopefully). Children listen to their parents, recognizing them as worthy authorities. We listen to representatives of the government, recognizing their authority.

Similarly, when God offers a moral command to us, we know that it has become our duty, because God is a worthy authority. This is the sort of determination that we make all of the time. We recognize and determine the merit of any given authority figure and determine if we are going to submit to them. This is precisely what we do in the case of God. Is the moral argument guilty of the ‘is/ought’ fallacy? The only option for the objector is to say that we are deriving what we ought to do from the reality of our moral commands. But this seems to be something that we all recognize as perfectly legitimate, since we know the difference between pulling over for a police officer and pulling over for a complete stranger.