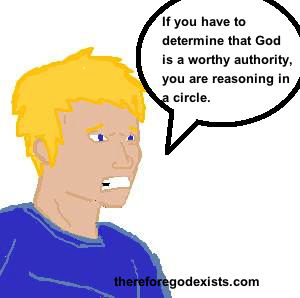 Dan Linford recently published an article about the moral argument, stating that it was guilty of the is/ought fallacy. While I was interested in the topic, I did not respond directly to Linford because I was more interested in rendering a general response to the argument. So I did some research on this objection and composed an independent article. Thinking that it was a response directly to him, Linford made a point to take time and respond to my article and demonstrate that despite my objections, the moral argument is guilty of the is/ought fallacy. This is my rebuttal to his rebuttal. 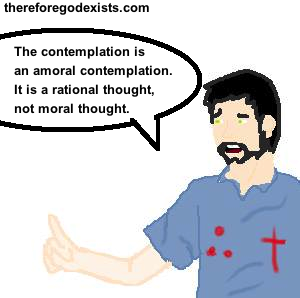 Just so I do not spend the next three hundred words providing the necessary background information, I suggest reading my article Is The Moral Argument Guilty of The Is/Ought Fallacy? along with Dan’s response, titled In Defense of The Incompatibility of Hume’s Is/Ought Dichotomy and Theistic Metaethical Realism

I raised three objections rescuing the moral argument from the charge of the is/ought fallacy, and I will go through each of them to see how Dan responded.

Which of the premises does this challenge? If I am to say that an argument is guilty of a logical fallacy, I mean that the argument is rendered false by that particular fallacy. Consider the following: 1 – Greek is a language. 2 – Plato is Greek. 3 – Therefore, Plato is a language. Through premise one and two, I am clearly equivocating between two different usages of the word language, in one sense denoting a tongue, and in the other denoting an ethnicity. As such, this argument is rendered false.

In the case of the moral argument, I argue that 1 – If God does not exist, objective moral values do not exist. 2 – Objective moral values do exist. 3 – Therefore, God exists. The is/ought fallacy, as conceded by Dan, does not challenge either of these premises. It just raises a further question that comes after the fact. It raises the question of how it is that God is related to objective moral values and duties. But strictly speaking, the challenge that Linford raises does not challenge the argument. He even spent a good deal of time challenging premise one in his rebuttal precisely because he knows that the is/ought fallacy does not do anything to the argument. All the objector has done is raise a question that is to be handled after the conclusion of the argument has been established by the premises.

If that is the case, then the case of the opposition instantly collapses. The moral argument succeeds even if we grant the objection because the objection asks a different question.

The objector is conflating moral values with moral duties. I drew this distinction because the is/ought dichotomy is represented by Linford as “the thesis that no statement about what one ought to do can be entailed by a statement about what is the case.” As such, if the theist is grounding their morality in God’s nature, then they are determining how they ought to behave on the basis of who God is. As Linford puts it, we are reducing moral facts to non-moral facts. So I raised this distinction, pointing out that God’s nature establishes what is. His commands to us establish what we ought to do. They are utterly distinct categories.

In response, Linford accused me of rendering God’s commands arbitrary. He means that by separating God’s nature from his commands, God would decide what is good or evil, and that becomes our moral duty despite that it is arbitrary. But I think he is confused about what I am saying. I am not saying that God issues commands that are distinct from his morally perfect character. That would be immoral in itself and could not come from a morally perfect character. God could not issue a moral command that was arbitrary because that would be immoral.

Rather, what I am saying is that the theist is maintaining that God is the ontological foundation for moral values and duties. However, what we are supposed to do come in the form of commands from God. Those are our duties. But, his commands are coming forth from his nature, which is the good. That is not to say that our moral duties are reducible to non-moral fact. Since God’s nature is perfectly righteous, it is a moral fact. In this way, I am not saying that goodness requires further moral facts to explain it, as Linford charged. As he put it, goodness is identical to God.

At this, Linford asks how it is that goodness could exist with no further explanation on theism, but it could not exist likewise on atheism. (That objection seems to depart a little from the question of whether the moral argument is guilty of the is/ought fallacy, but that is fine). I think he misrepresented the theistic position. The theistic position is not that goodness exists with no explanation. As identical to God, goodness exists necessarily, because God exists necessarily. If the atheist wants to posit that their theory of metaethics involves necessary existence, then there might be a parallel, but I have a suspicion that Linford will be hesitant to grant that.

Worthy authorities can give moral duties. If I were to assess a government official’s capacity to issue a moral command, I would not be assessing his moral status. I would be assessing his authority in that situation. Since he is a representative of the federal government, I, as a citizen of the land, would be morally obligated to listen to him. But my decision to accept the official as a worthy authority is a non-moral decision. As such, it does not affect my moral capacity. The reason that I point this out is that Linford seems to be accusing me of circular reasoning. I cannot assess the worth of an authority because then I would be granting that there is an authority beyond them to which I am appealing. But that is not what I am doing. I am saying that by rationally contemplating an authority, we will know if they are competent to offer a moral command.

Suppose a rebellious teenager was told by their parents, “I know what is best for you. Listen to me.” After carefully contemplating who their parents are and what they have gone through in their lives, they decide that they are competent authorities and it is their duty to listen to them, even if they do not understand the moral commands that are being issued to them. In this way, the decision that the teenager has made is a rational decision, not a moral one (even though there are moral consequences).

In Defense of The Moral argument: A Response To Dan Linford There are very sophisticated objections to God’s existence, and Linford is one of the carriers of those objections. Even his articulation of his rebuttal was first rate. But it suffered a few fatal problems. 1 – He conceded that the is/ought dichotomy does not challenge any premise of the moral argument. That seems utterly fatal, since the question that is being dissected is, “is the moral argument guilty of the is/ought fallacy?” 2 – He conflated moral values with moral duties. 3 – He misunderstood the contemplation of worthy authorities as though it were a moral contemplation. For this reasons, I think that the moral argument held the shield firmly against Linford’s arrows.