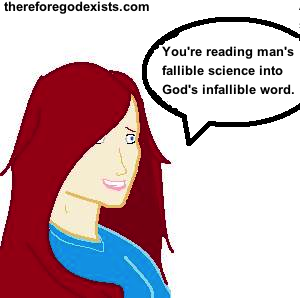 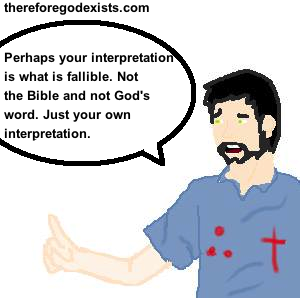 This is ironic, considering that day-age view of creation takes Genesis 1 literally (and I will allow my friend to provide the biblical framework for thinking that the days in Genesis 1 are long periods of time). Not all old earth creationists do reinterpret the Bible to accommodate science. Some just see a synergy there. But for those who do, the question arises, is this an improper handling of Scripture? Is it okay to reinterpret Scripture to accommodate modern science?

The typical answer that we will hear is that it is not. It would be a compromise to do so, it would be to succumb to man’s fallible dating methods and declare that we trust in man more than we trust in God. I understand these objections, and I deny them.

God has given us two books: the Bible, and nature. If I may put it another way, we may regard nature as the 67th book of the Bible. This is a distinction between what theologians call general revelation and special revelation. General revelation is what God has revealed in the natural world. It is what everybody can see plainly even without the Bible. Special revelation is the word of Scripture. They are both from God, since God created the universe and he wrote the Bible. It would be a grievous error to remove either of these revelations. 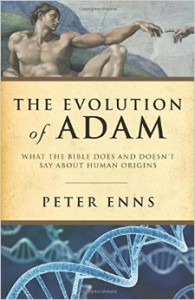 However, it might be argued that science and Scripture have very few, if any, areas of overlap. There are not many places where science even touches Scripture. Science and Scripture speak two different languages, and they do not intersect. Genesis is a reflection of an ancient way of thinking – it is ancient near eastern cosmology. The author probably never intended for anybody to read it literally. For us to do so is to interpret it anachronistically. Is it okay to reinterpret Scripture to accommodate modern science? When we see science in Scripture, that is just our modern mind reading into the text something that is not there. Perhaps that is not what the author of Genesis wanted.

Nature Is Infallible, Our Biblical Hermeneutics Are Not. Young earth creationists will frame the issue as “man’s fallible dating methods against God’s infallible word.” But I think we might need to rethink that approach to this issue. As I pointed out, we can trust what real science says. By real science, I mean science that accurately reflects the evidence and what the natural world is telling us. Most young earth creationists would agree with that. They would agree that science is important. We need science to understand the mechanisms of the universe. Science cannot yield results that are false. We live in a universe that is rationally intelligible. As such, the natural world is infallible.

We need to let nature speak for itself. We should not start with any interpretation of Scripture and force it into modern science. That is non-objective science. So when Answers In Genesis has their scientists agree to a statement of faith that says that the universe is 6000 years old, they will necessarily interpret everything in light of that, and this is something that these trained scientists freely admit. They admit that they interpret everything in light of their presuppositions. They start with the presupposition that the earth is 6000 years old, and force everything to fit into that paradigm. But that is non-objective science. That is not allowing the natural world to speak for itself.

They will lodge the accusation that secular scientists are doing the same thing. They are starting with the presupposition that the earth is billions of years old, and interpreting the data in light of that. But I wonder what would happen if somebody just looked at the science. Would it be possible to come to the conclusion that the earth was 6000 years old? I think that if you look at the scientific record, you have to explain the evidence way to accommodate a young universe. You have to begin explaining things and making a defense. You cannot just read the science. You have to fit everything into your paradigm, and it just does not work. That is not the way that the natural world is meant to be read. Is it okay to reinterpret the Bible to accommodate modern science? I think if you are a committed young earth creationist, you have a duty to reinterpret the Bible so that you can do justice to the natural world.