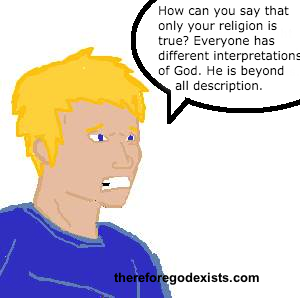 Philosophers and theologians are sometimes keen to suggest that God is “wholly other.” This has become popular among liberal Christianity, represented by men such as Professor John Hick. It is to suggest that God is unlike anything at all in his creation, and all attempts to define or describe God will always be inaccurate or inadequate. There is some sense in which that is true. Everything that we say about God will fall short and will never be exhaustive. I will never be able to exhaustively define who God is, to capture the fulness of his essence in a single sentence. But that is not to say that we cannot speak and reason accurately about God. Is God wholly other? That is the question which we are considering. 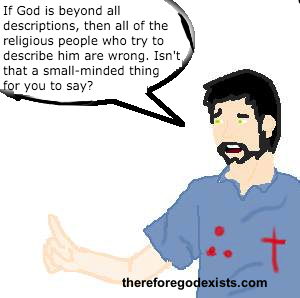 If it could be said that God was wholly other, then the task of systematic theology (to study the nature and revelation of God) would seem to be a fools’ errand, and that may be the point of mounting this objection. If we can overturn the theological pursuit, then we can overturn the elements of religion that one finds distasteful. If one dislikes the doctrine of Hell, then they may say that God is wholly other and that the doctrine of Hell is a manmade concept, and we cannot impose our ideas about wrath upon God. Just think about it. If God is wholly other, then this means that none of our descriptions apply. He is unlike anything at all. Nothing that we say about him can capture who he is. They are all anthropomorphisms. Hence, when we say, “God must punish sin,” what we are expressing would in fact be nonsense. Is that the case? Is God wholly other? 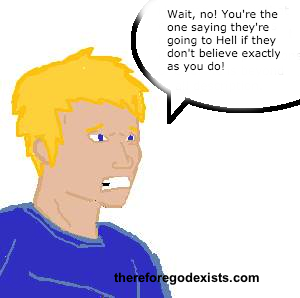 To say that God is “wholly other” is self-defeating. The ‘is’ in this sentence is an existential ‘is’. It relates to being, to existence, which are concepts that relate to the human experience and the natural world. So merely by uttering the sentence, “God is,” we begin to invoke categories of our world, for there are things in the world about which we may use the existential ‘is’. In fact, this objection has led many to drop the label ‘God,’ to drop pronouns such as ‘He’ (after all, this is thought of as just an arbitrary label descending from a patriarchal society) and merely refer to God as the ‘ground of all being.’ But even this is guilty of the same detrimental flaw. If God is anything, whether it be the ground of all being or wholly other, then he is not wholly other. This is because we can describe him in at least some human terms. We can say, “God is.” 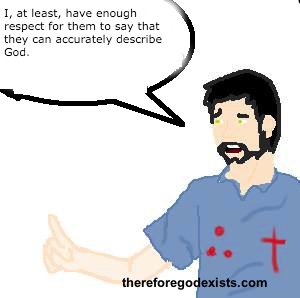 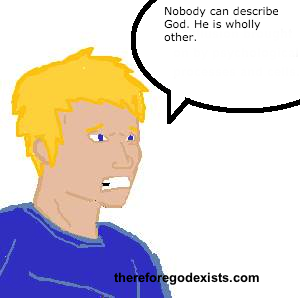 The scientific evidence betrays the possibility that God is wholly other. The advent of scientific exploration has hosted an enthusiasm for Christian apologetics and philosophy. For by unraveling the mysteries of the universe, we begin to discover what we may proverbially refer to as divine fingerprints. We see where God left behind traces of design. The most obvious one would be in the existence of the universe itself. As I explained in my article, Why Does Anything At All Exist? the very fact that the universe exists demands an explanation that transcends itself. But to say that God is the explanation of the universe is to refer to him as a Creator. But if he is a Creator or Designer, as I argued in my series of articles about the Evidence For God, then there exist some applicable titles that have meaning in our world. Is God wholly other? Well, the evidence suggests that he is the Creator, Designer, and Sustainer of the world. These are all categories that disallow his being wholly other. 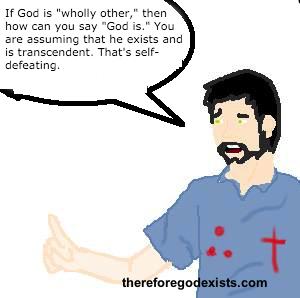 Consider for a moment. 1 seems to undermine 2. If God is wholly other, then he is not love. If he is love, then he is not wholly other. Love is something that exists here in the natural world, on earth. It is something that occurs between human beings. There seems an inescapable quagmire for anybody who wants to maintain both of these premises. You must either drop that God is love (which is also an existential is) or drop the assertion that he is wholly other. I recommend abandoning 1 rather than 2. Is God wholly other? Not if you want to say that he is love.

All world religions would be absolutely wrong. Now, it may be the case that all world religions are absolutely wrong. That is not quite my point. However, again, this cuts against the theological agenda that people have in raising this point. Rather than saying that God has wrath against sin, and condemns sinners, and sent his only begotten Son so that those who believe in him may have eternal life (John 3:16) and that nobody comes to the Father apart from Jesus Christ (John 14:6), they will say that all religions are offering an interpretation of this God that they perceive. He is wholly other. He is the object, and we all see a different angle. We all describe that angle in a different way, and nobody is really wrong. This is a distinction that Professor Hick referred to as between noumenal (related to that which is actual) and phenomenal (about that which we perceive).

There are two problems. First, world religions make claim about the noumenal God. Christianity says, over and against other religions, that the noumenal God is a trinity, and explicitly states that other perceptions are wrong. Most other world religions make claims about the noumenal as well. Ironically, the pluralist who is trying to say that all religions are correct end up saying that they are all wrong! Second, to say that there is a noumenal being that we all refer to as God is to engage in the existential self-defeating fallacy that I pointed out earlier. It is to say, at a bare minimum, “God is,” hence disconfirming the hypothesis that God is wholly other. Is God wholly other? If he is, then all world religions are wrong.

We are not applying human concepts to God – we are applying his concepts to humans. We are quite territorial, are we not? Many of us live in civilized culture where there is not tribal wars or chest-pounding or poop-throwing. But nonetheless, humans often find that they cannot shed themselves of their natural instincts that have been ingrained over the last few hundreds of thousands of years in the struggle for survival. In short, we are territorial. We think that everything is ours. Atheists sometimes say that logic and mathematics are based on the human mind. If there are no humans, then logic would no longer be applicable and mathematics would be cast in the depths of the oceans. I would like to present a counter-proposal.

Logic, mathematics, and concepts related to the world are not founded in the human mind. They are founded in the mind of God. We borrow these concepts from God. So, when we describe God, we are not applying human concepts to God. We are not bringing God down to our level. God has blessed us with a mind that can understand the universe, that can interact with physics, that can describe the natural world and that can even study the queen of the sciences – theology. The study of God and his activities in the world. Is God wholly other? No. We are made in God’s image (Genesis 1:26-27) and therefore our minds can grasp the concepts that he has relayed in the natural world and in his word.

Is God capable of describing himself? People will say that we arrogantly and boastfully think we have put God into a theological box. We have a God with whom we are comfortable, who makes us happy and that concedes to all of our preferences. Well, if that were the case, I would probably be more keen to say that God is wholly other! What we assert is not that we have described God to our liking. But rather that God has described himself in his inerrant word. We are laboring to be his faithful servants by relaying his self-descriptions. His self-descriptions, however, are appalling to the natural man (1 Corinthians 2:14). The natural man hates what God has to say because he is by nature an enemy of God (Ephesians 2:3).

So when we say, “The wrath of God is revealed from Heaven against all unrighteousness” (Romans 1:18) the natural man is appalled. He cries out, desperately, impatiently, angrily, in futility, “You are bringing God down to our level! Your are using human concepts to describe God!” Not at all. We are describing a God whose standard of righteousness is so far above our own. I am commanded to forgive everyone who wrongs me as many times as they require (Matthew 18:22) because I am like those who wrong me, full of sin and unrighteousness. God is nothing like I am. He is perfect in righteousness, holiness, justice, and truth. Is God wholly other? Not in the absolute philosophical sense. But his righteousness is so far above mine that when I would want to let someone off the hook, God’s righteousness and wrath would persist and prevail.

Yet the signature proof that God is not wholly other is in his revelation. For he is not only perfect in righteousness and justice, but he is also perfect in love and mercy. Rather than leaving his people to perish in the wake of his wrath, he came as a man, in a glorious undertaking of human nature. God entered into his own creation (Philippians 2:5-8). The God who created all things, who revealed himself in the Scripture, to whom men have directed their prayer, and worship, and tears, and pleadings, came, and his name is Jesus of Nazareth. Jesus died on the cross for our sins, and when did he did that, all of the wrath that we deserve was poured out upon him. The Father crushed the Son (Isaiah 53:12), for he is a God who must punish guilty sinners. Our unrighteousness was nailed to the cross (Colossians 2:14). All who believe in his promises, who turn to him in faith, will find a perfect and powerful Savior (Romans 4:5). Is God wholly other? Certainly not. He became a man and commands everyone, everywhere, to repent.