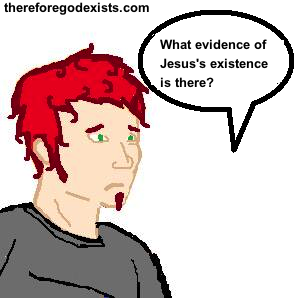 There is a gap of a couple of decades between the death of Jesus and the earliest biography of his life that we have. This might raise a question about what the earliest Christians thought about Jesus. Did they think the same things that we do? Was their worship akin to our worship? Was their devotion to Jesus as a divine person, the only begotten God, at the Father’s side (John 1:18)? Was he thought of as an actual human being, planted in human history of just a few years passed? Were there people who were connected with him, and knew him, in real life, as another human being? Orthodoxy affirms that indeed, Jesus was an actual human being, as the gospel accounts display him that way. But some have suggested that Paul took a different view. Some suggest that for Paul, the existence of Jesus of Nazareth was not rooted in human history. What, then, did Paul think? Did Paul think that Jesus was an actual human being? 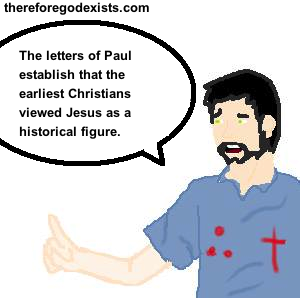 I cannot underline the significance of this question enough. For the attacks upon the Christian faith that we see today are unique and vociferous. Even when they are refuted, they remain afloat on popular blogs on the internet. Popular bloggers often do not care about how others respond to their view. They have some rhetoric that they want to spew forth, they will do it even in the absence of scholarly consensus or logical justifiability. Did Paul think that Jesus was an actual human being? It is Paul’s letters that are the basis for the scholarly consensus that Jesus of Nazareth really did exist. 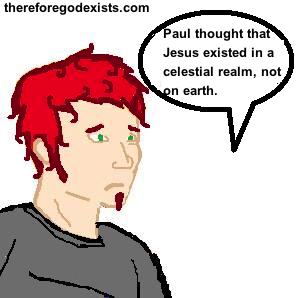 He clearly made reference to Jesus. It is difficult for the skeptic to avoid the reality that Paul made reference to events that occurred during the lifetime of Jesus. He believed the account of the Christians, which seemed to have been rooted in history. He spoke of Jesus’s death, burial, and resurrection from the dead (1 Corinthians 15:3-8). He believed that Jesus initiated the ceremony of communion, after which he was betrayed (1 Corinthians 11:23). He even said that if Jesus had not physically and bodily rose from the dead, then our faith is futile (1 Corinthians 15:17). For Paul, these events actually occurred. 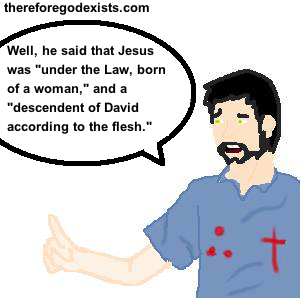 However, some suggest that perhaps Paul was proposing not a picture of human history, but a cosmic scheme, a celestial location, with heavenly figures and events. This celestial platform was the place in which the death, betrayal, and resurrection of Jesus occurred. That would mean that when Jesus appeared on Resurrection Sunday, he was transported from one world to another, from the celestial platform to the earth, and then revealed to the masses all of the events that had transpired in this other world. When Paul refers to these events, then, he is not referring to human history. On this theory, Paul would not have to view Jesus as an actual historical figure to speak meaningfully about the events that occurred in his lifetime.

There are several problem with this theory, and the first is that it is pure conjecture. There is nowhere that Paul outlines this celestial platform. There is no place in Paul’s letters that he says that the events in the life of Jesus took place in another realm. This interpretation is molded intentionally to avoid the historical assumptions that Paul makes. But nobody reading Paul’s letters would come to that conclusion. It is ad hoc, meaning that it is constructed specifically for the purpose of avoiding a particular conclusion. There is no reason for us to think that this is what Paul really meant. It is an interpretation not based on evidence, but meant to circumvent the evidence.

However, even in that, it fails, for Paul often recounts the events of Jesus’s life in a way that necessarily corresponds to the actual earth. He writes, “…the wisdom which none of the rulers of this age has understood; for if they had understood it they would not have crucified the Lord of glory.” (1 Corinthians 2:8). Did Paul think that Jesus was an actual human being? Absolutely. He recognized that the rulers of this age crucified the Lord of Glory.

He was acquainted with the brother of the Lord. When historians want to determine if an author is telling the truth about a certain event, there are certain criterion that they will measure the authors’ writings against. We do not have to resign to throwing our hands in the air, saying that we cannot know. Rather, historians look for hints in their writings to determine whether he was telling the truth. A writer is unlikely to fabricate details that are embarrassing to him. Likewise, if a writer says something as a side detail, if he makes a disinterested statement, we can be sure that he was probably telling the truth, because he was not really interested in it. This is the criterion that I am focusing on.

In Galatians 1:18, Paul recounts his trip to Jerusalem, wherein he stayed with the apostles. He came to know Cepheus, and “James, the brother of the Lord.” He was not saying this to make a theological point. He was not constructing some sort of argument on the basis of the unique relationship that James had with the Lord. He just sort of said it. James is the brother of the Lord. Doctor Bart Ehrman, the skeptical New Testament scholar tells us, “If Jesus didn’t exist, you would think his brother would know about it, so I think Paul is probably pretty good evidence that Jesus at least existed.” Hence, we can know that Paul did not view Jesus’s life as taking place on a celestial platform, because Paul believed that he was acquainted with the very brother of the Lord.

Born of a woman, born under the Law. The Law was central to the Jewish religion and worship. It was the revelation of God, the mark of his covenant, and to keep the Law was to be a practicing Jew. The Jews revered the Law. David says of it, “The Law of the Lord is perfect.” (Psalm 19:7). If a person is born under the Law, then they are born into a system of religion wherein they are required to keep the Law. They are born into human history with a specific religious undergirding. Yet these are precisely that characteristics that Paul applied to Jesus. He writes, “But when the fullness of time had come, God sent forth his Son, born of woman, born under the law.” (Galatians 4:4). There are a few interesting things worth note. First, Paul tells us that the Law was like a guardian, watching over his people (Galatians 3:24). This is actual history. Then, the Son comes, born under the Law, to redeem his people and free them from the curse of the Law (Galatians 4:5). It is pure eisegesis to say that one of these is historical, and the other is not.

Further, Paul makes a very interesting claim. He says that Jesus was “born of a woman.” If he was born of a woman, then clearly he was an actual human being. If you want to say that this was a woman in another realm, under another Law, then you are taking a view of history that is alien to anything that a historian would do. Secondly, if Jesus was born under a different Law than the Torah of Israel, then Paul would be guilty of a simple equivocal fallacy when he says that Jesus redeemed his people from the curse of the Law. For why should we think that the Law on this celestial platform has any relevance to the Law of Israel? What do we know about the Law on this celestial platform? What do we know about anything about this celestial platform? Nothing, because Paul tells us nothing about it. He never even mentions it. Isn’t that strange?

Yet not only was Jesus born of a woman, born under the Law, he was also “…a descendant of David according to the flesh…” (Romans 1:3). David is rooted in human history. The Jews believe that David was an actual person, who wrote the Psalms and whose life we have an account of in the books of Samuel, Kings, and Chronicles. He did not exist on a celestial platform. Paul was clearly establishing Jesus as an ethnic Jew and a direct descendent of David. Unless one wants to speculate that there was another David, who existed on this celestial platform. And why not? Since it is pure conjecture, you can say anything you want about it. Yet we must not find ourselves guilty of naivety as we desperately contort the evidence to fit our presuppositions. Did Paul believe that Jesus was an actual human being? If we allow Paul to speak for himself, it becomes evident that he views Jesus as one who was a descendant of David according to the flesh, born of a woman, under the Law.