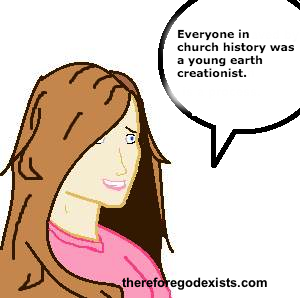 Many of the debates among professing Christians have cycled through their courses several times throughout the centuries. There are records of theologians who had the same debate fifteen hundred years ago as we have today. The objections to Calvinism, the deity of Christ, the trinity, and most other theological topics have largely not changed. As we preach the gospel to new generations, we have the same conversations as our brethren who came before. 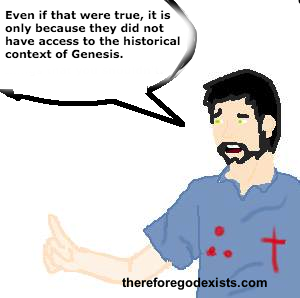 This can be helpful, because we can appeal to their answers to these objections and learn how they dealt with heresy when it arose. But the creation controversy does not have a long and rich history. (While there were minor traces of it throughout history, there is nothing comparable to the dialogue surrounding the trinity or other central issues.) Young earth creationists will tell us that theirs has been the default position for two thousand years. So is church history a good argument for young earth creationism?

Many old earth creationists have felt the force of this argument. If our interpretation of Genesis were exclusively influenced by the Bible, then it should run parallel to the interpretation of the great church scholars throughout history. But it does not. How do we make sense of this reality?

They Were Not Informed By History 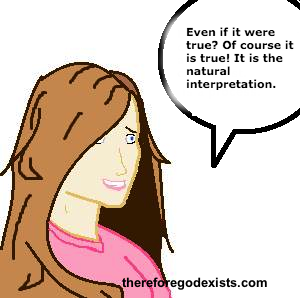 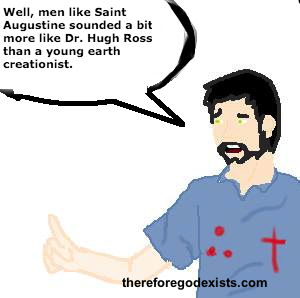 With the discoveries of the data that came out of the Ancient Near East, we gained insight into the historical context in which Genesis (and many of the books of the Bible) was written. This is insight that the great theologians throughout history did not possess. If they knew that there were parallel stories to Genesis, they might have come to the same conclusions as the old earth creationists. If they knew that Genesis fit into Ancient Near Eastern cosmology (along with everything that entailed), their opinions might have been a little different. Is church history a good argument for young earth creationism? It would only be a good argument if the same historical data persisted throughout the lifetime of church history. But it has not.

They Were Not Informed By Science

Scientific facts inform our worldview. When something is directly in front of the rational man, undeniably evident, he cannot allow himself to deny it. It must be implemented into his paradigm. We know that the earth is round. Any biblical evidence that suggests that the earth is flat will usually be interpreted as a metaphor. We know that one does not think and feel emotions with organs such as the kidney or the heart. These passages must be reinterpreted. The literal interpretation does not even get a hearing. We have determined what they mean based on our scientific view of the world. When data arises, it cannot be ignored.

Throughout church history, there have been many great men of God who believed that the earth was six thousand years based on their interpretation of the Bible. But they did not have the scientific data. Despite a few outliers, the overwhelming consensus of the scientific community is that the earth is very old. Just as theologians do not believe that one thinks with their kidney, they should not believe that the earth is young. If theologians throughout church history had been confronted by contemporary science, they would not have been young earth creationists. Is church history a good argument for young earth creationism? I should not think so. It would only be a good argument if the same scientific evidence had been present.

Not All Were Young Earth Creationists

While the debate was not as prominent or as intense, there were some old earth creationists throughout church history. Some thought that Genesis was not literal. Saint Augustine thought that it was impossible to discern the nature of the days in the first creation account. We can even see some of the same arguments that we have today in the church fathers. Old earth creationists will often argue that the creation of the sun indicated that the first three days could not be twenty-four hours. Men such as Philo, Augustine, and Origen shared this insight. They were not infallible. They erred. But one cannot say that the church unanimously thought that the days in Genesis One were 24 hour periods.

Similarly, just as day-age creationists believe that there is a little bit of flexibility in the definition of the word “day,” the church fathers had similar speculations. Just like Dr. Hugh Ross, Philo believed that Genesis 2:4 established that the word “day” can be used in a number of different ways. Also like Dr. Ross, Origen and Augustine believed that there was no closure to the seventh day, citing texts such as Hebrews 4:1-11. Is church history a good argument for young earth creationism? If we take men such as Augustine as any representation of church history, then certainly not.

Were They Just Compromisers?

One need not agree with the church fathers about everything. I certainly do not. I do not even agree with the day-age interpretation that these men flirted with. I am not even convinced that they were totally devoted to it. It was just theological musing. They were trying to discern the manner in which God created the universe. Why is it legitimate theological discourse when one of the earth church fathers conducts it, but it is illegitimate when Dr. Hugh Ross conducts it? Why is he a compromiser (and worse), while Augustine is revered as a Saint?

When you start calling people compromisers, all you have done is assess the state of their heart. It is not a compromise to take an alternative interpretation of the biblical data. We could refer to anybody with whom we have a disagreement as a compromiser. Anybody could be guilty of holding their tradition as a greater authority that God’s word. We do not need to introduce that possibility every time somebody disagrees. It has become no more than an insult. Why not just call them an idiot?

Thanks for reading. If my perspective interests you, take a look at my series on the age of the earth.