The church as split over the issue over whether the days in Genesis 1 are 24 hour periods or long but finite periods of time, or even complete metaphors. Of course, this split is unjustified, because this is wholly a secondary doctrinal issue. One can take any of these stances and be a true Christian. People do not need to have absolutely perfect theology before they can be qualified to be a true Christian. People are often emotionally committed to the view that the days are 24 hours, and as a consequence of that, are closed to what the Bible says. Despite that, I think there are are least 5 reasons the days in Genesis 1 are not 24 hours. 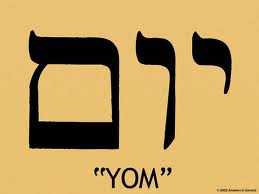 Most people think that if you do not believe that the days in the creation week of Genesis 1 are 24 hour periods, you must think it is a metaphor. But I do not think that at all. I think that the days are literal days. But that does not mean they are 24 hour periods. What we have to understand about the difference between Hebrew and English is that English has hundreds of thousands of words, while Hebrew only has 6000. So, some words have multiple definitions. 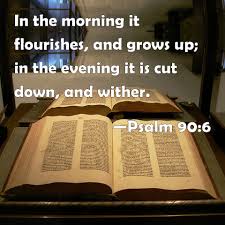 Most young earth creationists think that the usage of the words ‘morning to evening’ in Genesis one demonstrate that the days are literal 24 hour periods. However, this view becomes untenable when we look closely at what the text says. The NASB renders this verse (5) “And there was evening and there was morning, one day.” If God were to express that this was a 24 hour period, one would expect that it would say, “God did X in the morning and X in the evening,” rather than this unusual phrasing. In fact, the phrase, “morning to evening,” is not a 24 hour period. If God wanted to express a 24 hour period, he would have said “morning to morning.”

What we have to remember is that these phrases are not there to tell us that these are literal 24 hour days. If God were to do something in 24 hour days, he would not have to leave context clues, as most suspect of ‘morning to evening.’ So, what are ‘morning to evening.’ They are most likely literary devices meant to mark the beginning and end of the eras. We see this application multiple times throughout the Bible (Psalm 90:6, Lev 6:20, Num 5:19, Duet 16:4, Dan 8:26).

3 – The entire creation week is referred to as a day.

People often say that this usage of the word ‘day’ is just a forced interpretation and is not found anywhere else in the Bible. But that is just not true. In fact, the very next chapter very clearly uses the word day in this manner. Genesis 2:4 says, “This is the account of the heavens and the earth when they were created, in the day that the Lord God made earth and heaven.” Genesis 2 refers to all of Genesis 1 as a single day.

One cannot interpret this to mean a 24 hour period and be consistent in their interpretations. This sort of usage should not strike anyone who is familiar with the Old Testament as unusual. The problem is that we are reading with modern eyes and allowing culture and sometimes even emotion to interpret the Bible for us. When Jacob worked for Sarah for fourteen years, it is referred to as two weeks (Gen 29). This is just a consistent device in Hebrew literature and is represented throughout the Bible (Psalm 90:4, 2 Pet 3:8). 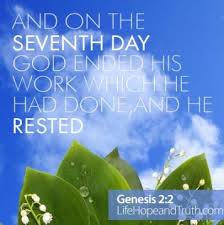 It is not enough to interpret the Bible literally. We have to be consistent in our literal interpretation of the Bible. When we do this, we find various other accounts of the creation of the world, and they contradict the idea that the days in Genesis 1 are 24 hour periods. Genesis 1 is a basic layout, and the other accounts add more detail. Psalm 104:6 teaches that God put a sheet of water upon the earth. This would imply that the earth was dry at one point. Therefore, we can conclude that a detail was left out of Genesis 1. Genesis 1 was intended to be a general layout, but not exhaustive.

This is revealed when God exposes the intricacies of creation to Job (34-42), in Psalm 104’s elaborate creation account, in Isaiah 40-51 which testifies to the origin and development of the universe. The creation account of the Bible is not, by any stretch, limited to Genesis 1. When interpreting the relevant data, we have to visit all of the relevant passages and form a systematic bibliology on that basis. We cannot just take a single passage and make our case on that basis. For an full list of the biblical creation accounts click here.

**Addendum: the author of this blogpost no longer ascribes to the day-age model. He thinks that it is more plausible to conceive of the days as metaphors.