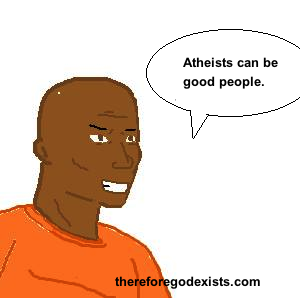 The eye untainted by the contemporary western lights may gaze through the nights’ sky and in the distance, at the right angle and during the right time, may see the red sphere in the lower echelons of space. As our technology has elevated, we gained more perspective of our cosmic neighbor, and fiction writers like CS Lewis created entire civilizations resting upon what we call Mars. But as we learn more, as our rovers traverse the terrain of the planet, we learn that it is a red waste. There is nothing on the planet.

Yet it has been hypothesized that Mars could have been inhabited by life at one point, and the last and desperate residual microorganism may be decaying somewhere, waiting for its’ inevitable death a short time from now. 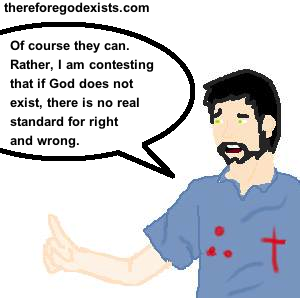 But many years ago, Mars may have been much like CS Lewis depicted it. Archeologists lack the training to venture into space to explore the planet, but if they did, we wonder what they might discover. If there was sentient and intelligent life, they met their doom. Thus, intellectual pursuits, careers, family, art, and all of the industries of their civilization, all ended in nothing.

Yet at the same time, there is an aura of a resting satisfaction on the red wasteland. It is not tainted by human beings. It is not infected by evil. But on Mars, there is nobody to speak meaningful about the question and existence of evil. Did these categories exist for the Martians of old? Will they exist for the distant life of tomorrow? Or is morality born with human reason, and hence, die with it as well? I would like to suggest that in a non-theistic universe, there can be no meaningful discussion about the good. Can goodness exist if God does not exist? I suggest that it cannot. 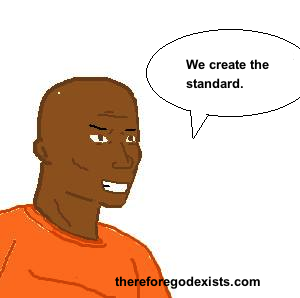 The problem of human value. When I say human value, I am speaking in terms of intrinsic human value, and this is to be contrasted against extrinsic value. Intrinsic value means that an object has value in and of itself. Extrinsic value means that an object has value based on how people perceive it. Cash has extrinsic value. We perceive value in cash, and so it becomes valuable. But it is not valuable in and of itself. In and of itself, it is just paper. A family pet has value because of the value that we give it. But animals in other contexts are suitable for hunting and consuming. We do not condemn the hunter who takes game for sport (most of us). We do not condemn the hunter who kills an animal to feed his family (most of us). Animals seem to have value that is merely extrinsic. 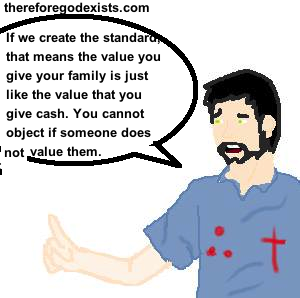 Yet, it is beyond denial that human beings are themselves, animals. The naturalist maintains that human beings came into being in a manner identical to that of lower animals, that is, by the evolutionary process. When we feel a moral obligation to one another, therefore, it is reducible to an ingrained herd morality that benefits the pack and the betterment of the species and the propagation of DNA. Lower animals display the very same moral obligations to one another. Baboons are known to display even self-sacrificial behavior for one another. We have a moral system that is akin to the moral system of lower animals, and we have deluded ourselves into thinking that our moral system is of greater merit than theirs. But what good reasons are there to think that? Why should I value human beings over and against the lower animals?

Within the Judeo-Christian tradition, there is the doctrine known as imago dei, that is, the image of God. There is something special about human beings as a direct consequence of God’s personal touch or image. We are made in the image of God. Animals are not. As such, human beings have intrinsic moral value, and it is justifiable to treat them as such. 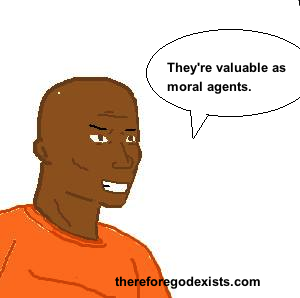 Can goodness exist without God? Well on scientific materialism, there is no imago dei, and so, there just is no reason to live as though human beings have intrinsic moral value, because human morality is akin to the morality of goats, sheep, and chickens.

Now I hear a response from the scientific materialist. They claim to have a philosophical doctrine similar to the imago dei. They will claim that human beings are moral agents; they have the capacity to grasp moral claims and act within the framework of what is right and what is wrong. Now I agree that human beings are moral agents. However, that is not a basis for their having intrinsic moral value. If it were taken as such, this argument could be reduced to absurdity upon the realization that very young children and the elderly, and the mentally handicapped, are not moral agents. Their minds are either too underdeveloped or decrepit to grasp moral claims and act upon them. We do not condemn a newborn for screaming and crying because he is hungry in the middle of the night. But we would condemn an adult for acting in such a way. The reason for that is that the adult is a moral agent. However, the newborn is not. Still, newborns possess intrinsic human value. 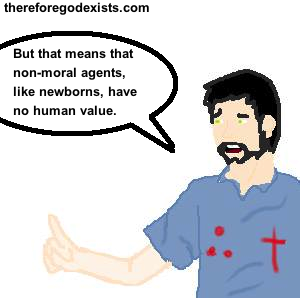 Why does the good impose itself upon us? Suppose with me for a moment that there was, somehow, a system of objective morality that existed without God. It is a universal standard of right and wrong that somehow transcends humanity. It is an abstract philosophical form. What good reasons are there for us to bother to follow this moral system? Why should I care about this standard of right and wrong if it is just an impersonal standard? If you were to find a piece of paper written in the middle of nowhere with a list moral precepts inscribed upon it, you would not be compelled to follow it. But if a king gave you a list of moral precepts, then you would be compelled to follow it. Moral commands are only of value if they come from competent authorities. If they come out of nowhere with no latitude, like a list of rules in the middle of nowhere, then for us to bother to follow these moral precepts is arbitrary.

But the problem becomes even worse when we realize that we are aware of this eternal metaethical collection of moral facts. Why are we even aware of it? It has somehow imposed itself upon us. But imagine a possible world in which homosapiens evolved with a completely different collection of moral facts. You shall kill, you shall steal, you shall lie, et cetera. On this possible world, the good did not bother to impose itself upon humanity. They behave in a way that is evil, and they feel fine with that and do not know the difference. Our civilization of Martians would know nothing of our morality or our intrinsic human value. They might hold to an ethical framework that is radically different from our own. In that possible world, the good did not impose itself upon them.

In response to this, I have a suspicion that the atheistic moral realist might compare the good to mathematics. Mathematics does not impose itself upon anybody. People just discover it upon exploring the universe. Likewise, we just discover morality upon exploring the universe. Well, there are a few problems with this. First, it ignores the question of why we should be compelled to follow morality in the first place. Secondly, moral stances can be so much more relative than mathematics that I just do not think that it is comparable. Nobody is campaigning for an alternative answers to 2+2. But our society is filled with defenders of every side of every moral issue. 3 – There is a possible world in which human beings are amoral and have discovered mathematics. There is nothing logically incompatible about that claim. Thus I just do not think that morality is something that we would discover in the same way that we discover mathematics.

But recall the resolution that I offered in the first paragraph of this subsection. We would not be compelled to follow a list of rules that we find in the middle of nowhere. A list of rules would have no capacity to impose itself upon us. But if a king gives us a list of rules, then we would be compelled to follow it. Competent authorities can dictate our moral duties. Can goodness exist if God does not exist? It seems to me that only if God exists can we make sense of the reality of our moral duties. Only if God exists can we make sense of our innate obligation to understand morality.