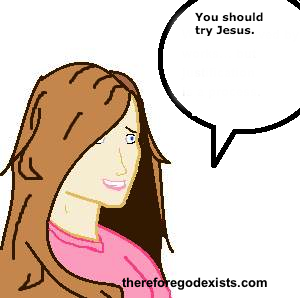 Many of our intellectual pursuits are shallow. People are more interested in being entertained and clinging to catchy one-liners and slogans that seem to summarize what they think, as opposed to rigorous thought complimented by thorough research. Of course, there is nothing wrong with slogans. Sometimes a slogan is a good way to communicate complicated truths to an audience in a simple way. But there are some slogans that sound good, but are not quite right. Everyone is guilty of this, and many of us find it frustrating when Christians are. For they are using these catchy slogans to relay the Christian faith in a way that seems to misrepresent it. Christians are often the very people who do a disservice to their own faith by reciting these 7 slogans Christians need to stop using. 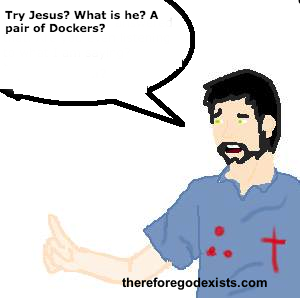 “Try Jesus.” Is Jesus a pair of Dockers? Is he a flavor of ice cream that we have to sell to people? People will often invite others to accept the propositions of Christianity just because it is the best decision that one can make. If one lists and weighs all of the reasons to become a Christian, one will find that the Christian faith succeeds and therefore you should “Try Jesus.” Jesus is depicted as a decision that somebody makes rather than a perfect Savior. It is not that they are confronted by the reality of their sin or their depravity before a holy and righteous God. It is not that they recognize their need for redemption and that sin needs to be dealt with. It is not that they see the sweetness of the cross, the death of Christ, for our sins, in our place (Romans 3:21-25). The gospel is the power of God to those who believe (Romans 1:16) and it is not being preached. In its’ place is an invitation to make a decision. Try Jesus. He will work for you. This is one of 7 slogans Christians need to stop using. In its’ place, they need to preach the gospel. 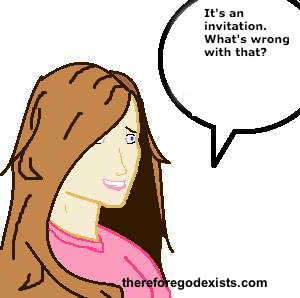 “The Lord told me…” It used to be that when people said that God has revealed something to them, we may appropriately ask which chapter and verse they found it in. With the rise of Pentecostalism and the charismatic movement, everybody seems to be their own walking Bible. We can all provide revelation from God and there is nobody to discern between us or say that one person is wrong. For if I say that one person is wrong, I combat the very epistemology that I use to come to the conclusions that I reach. The issue is not so much that they happen to be charismatic and I do not agree with that. It is rather that preaching a false prophecy is offensive. If you say “God told me something” when God did not tell you anything, that is offensive. You are convoking authority to your words under a guise of divinity. 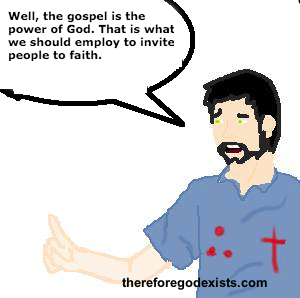 Just imagine if I lied about something that you said. I put words in your mouth to gain the trust and respect of your friends. Suppose I said that somebody in a position of authority, a politician, a president, a monarch, told me something when in fact they did not. I was garnering the respect and attention of the people under false pretenses. How much more severe is it when people say that they have a message from God? As he said in Jeremiah 23:20-21, “The anger of the LORD will not turn back until He has performed and carried out the purposes of His heart; In the last days you will clearly understand it. I did not send these prophets, But they ran. I did not speak to them, But they prophesied.” This is one of 7 slogans Christians need to stop using. It is dishonoring to God and selfish – unless you are referring to the Bible. 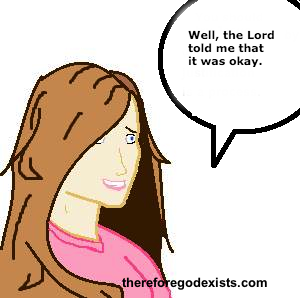 “Jesus is my homeboy.” Imagine that you lowered your social status. You exchanged your car and your home for something cheap. You sold all of your possessions, gave the money to the poor, and become homeless yourself out of your self-sacrifice for others. You condescended down to the lowest level for other people. Then people from your high school saw you, a homeless person, dirty, unworthy, and made fun of you and hit you. This would be your humiliation. But suppose somebody of a higher repute were to condescend to that level. Suppose Bill Clinton was a homeless man with no possessions or anything to eat. Suppose a powerful pope was thrown into a dungeon, instantly stripped of his glamor, riches, wealth, and power (as has happened throughout church history when rival popes would seize the throne). This would be their humiliation. But suppose God himself condescended down and became a homeless man to give everything that he had to his people. Jesus said in Luke 9:58, “Foxes have dens and birds have nests, but the Son of Man has no place to lay his head.” God was a homeless man who was later murdered by the state so that those who murdered him and those just like them could have everything that he has. That is the humiliation of Jesus Christ. 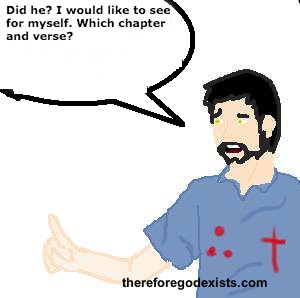 When you call him your homeboy, you are not expressing this humiliation. He certainly was humiliated. He was a man, endured temptations and trials and suffering. He was hungry. But that is not what you are expressing what you call him your homeboy or your boyfriend. You are expressing a tone of disrespect. Jesus is not your homeboy. He is the Lord of Glory, the King of Glory, the sovereign God who died for your sins. He loves you and calls you friend, but do not presume to treat Jesus Christ as an equal. He is your Lord and Judge, before whom you will stand to give an account of every idle word. Do you want to be the one who misconstrued his humiliation so as to make him an equal to you?

“I declare revival…” When somebody says that they want revival, I think of manifest conviction of sin across the masses. I think of abortion being aborted as a civil practice because we have realized our crimes against humanity. I think of people seeing the depth of their sin and realizing that it is unmatched by the depth of God’s mercy and grace and love. I think of people meditating on the life and person of Jesus of Nazareth, what he said and did and what he accomplished when he was murdered. Floods of people repenting of their sin and putting their faith in Jesus. That is revival. Revival is when the whole nation is stirred over their sin. Our depravity is on display. The role of the Holy Spirit is to convict the world of sin (John 16:8). And it lasts. It is not just a wave of emotion, a few songs, a loud preacher, a conference, and chills running down your spine. This is not revival.

“I love Jesus, but hate religion.” Have you ever noticed that the people who say this sort of thing are often trying to justify their sin and keep away from religious congregations that will convict them of sin? It seems to just be a maneuver to preserve the elements of faith that you like without actually following Christ’s commands or living anything like he did. Christ was the most religious person in human history. He was the greatest devotee and our model of religious worship. He was a Jew who kept the Torah, kept the Law of Moses perfectly (Romans 10:4). If you are going to say that you are a follower of Jesus, then why would you depart from such a fundamental and central aspect of his ministry? He was a religious devotee. And he established a church. He established a body of believers, all of whom are meant to be interdependent on one another and ultimately dependent on Christ (1 Corinthians 12). As James 1:27 says, “Religion that God our Father accepts as pure and faultless is this: to look after orphans and widows in their distress and to keep oneself from being.”

“You can’t argue people into Heaven.” As a Christian apologist, this is one that I encounter frequently. If I try to outline evidence for God, people will suggest that I am stifling the gospel and that I need to just preach the gospel. Well, there is certainly an element of trust hidden in there. We truly cannot argue someone into Heaven. They are not going to accept my arguments. They are enemies of God (Ephesians 1:2) and have a wicked, rebellious heart (Jeremiah 17:9). But that is also to overlook the synergistic mechanisms that God employs. He uses man to soften the hearts of unbelievers. Why is it that we were not hoisted into Heaven immediately when we were saved? Why doesn’t God just save people without using us? He chooses to use us and he chooses to soften the heart of man in a variety of different ways, often using evidence and arguments. This is one of 7 slogans Christians need to stop using.

Resolving this quagmire, Paul the apostle tells us, “To the one who does not work, but believes in him who justifies the ungodly, his faith is credited as righteousness.” (Romans 4:5). God [1] justifies the ungodly and [2] faith is credited as righteousness. He said in the previous chapter, “For we maintain that a person is justified by faith…” (Romans 3:28). Try to stay with me here: but if a person is justified by faith, this means that the person who has faith is justified. Hence, justification is not a process. It comes by faith in Jesus Christ, by putting your trust in his atonement and his promises.