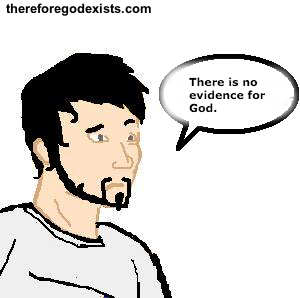 Atheists love slogans and soundbites. Of course, there is nothing wrong with using one to relay a complicated truth to a wide audience. People do that regularly and a skilled educator knows how to do that effectively. However, this becomes a problem when a slogan is not true. People just recite it because it sounds good. They do not have any knowledge beyond that particular slogan, but they like the way it sounds and so they propagate it without considering whether it is true. The result is often embarrassment. When relaying a line that evades the best available scholarship and persisting in using that line, it embarrasses their movement. I think there are at least 7 slogans atheists should not use. It disseminates misinformation and an educated person will think that atheism is quite superficial. 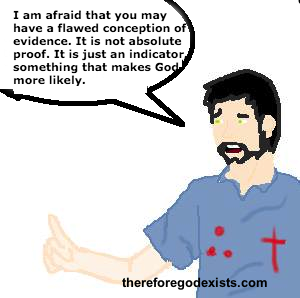 “As we learn more science, there is less room for God.” Science is often thought of as an enemy of faith, for with scientific pursuit, we explain what people previously employed God to explain. Whether the organic world, the tides, claps of thunder; people have historically explained these things by appealing to the divine. Since science explains them, presumably, we no longer have any need for divine explanations. Well, this is to conflate different types of causality. It is to conflate agent causality with a mechanism. A pot of water boiling on the stove can be explained scientifically, but the fact that science reveals that explanation does not negate the need for somebody to put it there. Often certain phenomenon have more than one explanation. Scientific explanation is the mechanism while God is the personal agent. When somebody says that God is being crowded out by science, they are assuming that God is the mechanism. Therefore, because it conflates these types of causality, this is one of 7 slogans atheists should not use.

“We are all born atheists.” What is atheism? Many atheists tell us that it is a lack of belief in the existence of God. It is not necessarily a stance that somebody takes. It is a neglect to take a stance. It is just to say, “I do not believe in God” but that is not to hold the belief “There is no God.” Accordingly, even babies, cats, and chairs turn out to be atheists because they lack a belief in God. So, then, atheists will suggest that atheism is just the default state of humanity. Let’s grant that. So what? Everybody is born ignorant. Babies are born lacking a belief in physical objects. They are born lacking a belief in minds. They do not believe that their parents exist. Babies do not have the cognitive faculties to acknowledge beliefs about much of anything. Isn’t it a little strange that to justify their atheism, they have to appeal to babies? Imagine a 45 year old man was living with his parents, did not have a job, did not pay rent, did not buy his own food and was totally dependent. Then he came to you and said, “Everybody was born like this. I am just returning to the default state of humanity. Since it appeals to babies as a justification, this is one of the 7 slogans atheists should not use.

“If you need religion to keep you from being a bad person, you are already a bad person.” CS Lewis said that his argument against the existence of God was that that there was so much evil in the world. But, he continues, where did he get this idea of good and evil? One does not say that a line is crooked unless they have some idea of what straight is. Evil can only exist if there is a transcendent standard of morality. When Christians recite this argument, atheists will misunderstand it. They think the Christian is saying, “If you are not religious, then you personally have no standard of morality and you are an evil person.” But that is not the argument. The argument is that if God did not exist, then there would be no transcendent standard of morality. But, argues the Christian, since God does exist, there is a standard of morality and atheists often try to live by it. The atheist has mistaken epistemology – how we come to know morality – with ontology – whether morality exists. So this fundamental misunderstanding is one of 7 slogans atheists should not use.

“How can you believe in talking snakes?” I think we can sympathize with this one. There are some things in the Bible that seem difficult to believe. As Christians, we believe things that are unbelievable. They are literally miraculous, and we do not see miracles every day. But when the Bible records miracles, should we be surprised? After all, it is the Bible. The Bible assumes the existence of God. Atheists do not share that assumption. So when the Bible makes claims related to the existence of God, it will not comport with their perception of the world. Just imagine you turned off the electricity in your home. When you went inside, you tried to turn the heater on, but complained that it was not working. You have removed the power source and then wondered why the power was not working. Similarly, atheists remove the divine power source from the Bible and then complain that there are miracles. Of course there are miracles. It’s the Bible.

To prove that I am balanced in my criticisms, also read my article7 Slogans Christians Need To Stop Using