There is a lie being spread in modern evangelism which attempts to tell people comforting truths that will draw them to Christian belief. This is something that causes so many people to fall away. This is something that causes so many false conversions. They are lied to and given false hopes, not presented with a gospel of repentance and truth. Specifically, they are told, “God is not mad at you,” and therefore, we ought to come to the Christian faith. But that concept really has no biblical precedent. It is a lie meant to sell books and convert people to something that they think will make them happy. But there are at least 5 reasons that God is mad at you. 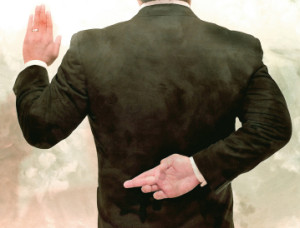 When I say that you are a liar, I mean that you are somebody who has told lies and probably still tell lies on a regular basis. You are outrightly deceptive, and have been on multiple occasions. That does not mean that you are a pathological liar, or that you are constantly out to get people. But people lie often just as a sort of way of getting through the day. It is a reflex. If somebody asks us something that we do not feel like getting into, we just tell a lie. You do it all of the time. You have probably done it today. You may even have done it within the last few moments. Just think: how many lies have you told in your entire life? Too many to count? By all accounts, you are a liar.

But despite how easy lying is and despite that we do not really see any moral connotations with some of our lies (after all, it has become so habitual), lying is very serious in the eyes of God. Lying is so serious that the Bible teaches that “all liars will have their part in the lake of fire.” (Revelations 21:8). So you, as a liar, are in terrible trouble. God is mad at you, because you are a liar.

When we talk about adultery, that is not only the act of committing sexual immorality while you are married. Adultery is when you commit sexual immorality out of wedlock, at all. If you are unmarried, and you have sex with somebody, you are committing adultery. Indeed, God’s standards are so high, that Jesus said, “Anyone who has looked at a woman and lusted after her has committed adultery with her already in his heart.” (Matthew 5:28). This is because when God calls for purity, he calls for absolute perfection, in both deed and heart (Romans 2:28-29).

With that in mind, how many people who read this have kept this command? How many of you have truly never lusted after another person who was not your spouse? I imagine that there are very, very few. In most cases, you probably have lusted against another person. When you go to the store, look up at a billboard, browse the internet. It is so casual and pleasing to us. But God calls for moral perfection, indeed, he says, “If your eye causes you to stumble, pluck it out. It is better to enter the Kingdom of God with only one eye than to enter Hell with both.” (Mark 9:47). God is mad at you, because you are an adulterer at heart. 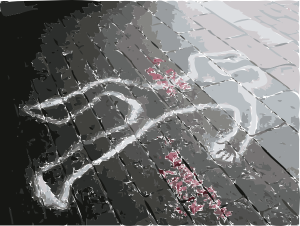 Just imagine somebody that you have hated. Perhaps they stole something from you, or ruined a relationship for you. Perhaps they hurt a member of your family or brought terror into your home. Perhaps they were a home-wrecker. Perhaps they were a family member who deeply betrayed you. Did you murder them? That is, did you take their life? Probably not. But the Bible says that the person who hates his brother is a murderer at heart, and no murderer may inherit the Kingdom of God (1 John 3:15).

This is because it is not enough to be clean on the outside. We cannot have all of these feelings of rage that we are holding back for the sake of keeping ourselves out of jail or getting in trouble. We must be absolutely pure in thought and deed. That is, moral perfection. That is why Jesus said, “Woe to you, scribes and Pharisees, hypocrites! For you clean the outside of the cup and of the dish, but inside they are full of robbery and self-indulgence.” (Matthew 23:25). God is mad at you, because you are a murderer at heart.

In saying that you are a blasphemer, I mean that you have taken the Lord’s name in vain. You have spoken of God in such a way that does not offer him due honor. You have taken his name and used it as a cuss word. This is very serious in the eyes of God. Just imagine the worst person throughout history – rapists, murderers, liars, genocidal maniacs. Do you use their name as a cuss word? But you do use the name of the God who gave you life? How much more, must you hate God, if you use his name, but not theirs? To be sure, I am talking about when you say, “oh my g**.”

But it is such a habitual thing, isn’t it? Everybody does it. There are even children who say it, because parents do not regard it as a curse word. But it is. It is the most foul thing that a person can say, because it takes the one whose name is “above every name,” to whom “all will bow, and confess that he is Lord” (Philippians 2:9-11), and uses it as a cuss word. This is offensive to God and anybody who loves him. God is mad at you because you are a blasphemer.

So why is God angry about these things? Is not God a forgiving God? Indeed, he is. But he is also good. This is the most terrifying thing that you could come to know about God. It is terrifying to know that he is good, because we are not. We have transgressed his law. So, what does he do with us? If a good judge has a guilty criminal before him, he must execute punishment. If he were to just let this person go, he would be thought of as a corrupt and immoral judge. God is not a corrupt or immoral judge. That is why the Bible says, “For the wrath of God is revealed from heaven against all ungodliness and unrighteousness of men, who hold the truth in unrighteousness.” (Romans 1:18) God is mad at you. His wrath abides on you.

But this leads me to the most relieving truth in Scripture. Namely, God is merciful. On the cross of Christ, the justice and mercy of God kissed. You see, Christ came and lived a perfect and sinless life. When he was murdered, all of the wrath of God that we deserve went out of him. He absorbed the punishment that we deserve for our sins. When he died, he cried out, “it is finished!” meaning the debt for sin has been paid.

Now, we can stand conformed to the image of the Son (Romans 8:29). That means that we can stand perfect and blameless in God’s sight. You need to repent of your sin and put your trust alone in the Lord Jesus Christ for your forgiveness. The moment you do that, God will make you a new creature, and you will be born again (2 Corinthians 5:17). If you put on the Lord Jesus Christ, he will grant you the free gift of everlasting life (Ephesians 2:8-10).