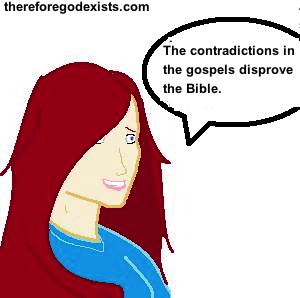 Christians are plagued with an almost Islamic conception of the Bible. Some even want to say that because Jesus is the Logos (the Word) and the Bible is the word of God, that therefore, Jesus is the Bible. But this view immediately leads us to the worship of the Bible, and we are no better than the Pagans who worship gods made from human hands. Christians ought not hold the view that Jesus is the Bible, nor ought we hold an Islamic conception of Scripture. Muslims believe that the Qur’an was dictated in Heaven from God, handed to an angel, and given to Muhammad. Thus if there is a single error in it, the Qur’an will fall apart. But what about the Bible? Will the Bible fall apart if there is one error? 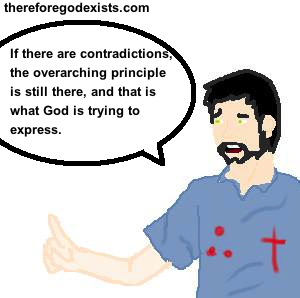 The book that we have now, known today as the Bible, is really a collection of 66 books written over a period of thousands of years. The authors were inspired by God to communicate truth. However, in the case of the New Testament, for example, they wrote these books for various reasons. Paul was writing letters to the various churches for various reasons (which is why we have to be careful when we proof-text). The gospels were biographies of Jesus meant for the general use and knowledge of the church, and in the case of Luke’s gospel, meant for the Roman official Theophilus. In the first century, they were individual books, recognized by the church.

I say this to emphasize that the Christian will be disappointed if they want to maintain a view of the Scripture that it was handed down from Heaven, descending gently into somebody’s lap. But this is sort of the view that many Christians hold to. So when they come across what seems to be a contradiction, they are filled with doubt, because, how could God’s word have contradictions? Will the Bible fall apart if there is one error?

The Inerrantist Vs Infallibilist Debate There is a debate within the body of Christ known as the Inerrantist Vs Infallibilist debate. The inerrantist position suggests that there are absolutely no mistakes in the Bible. It is absolutely consistent in background details, history, science, absolutely everything. On the other side of the debate, the infallibilist position suggests that God’s intention was to communicate certain truths and faith and morals. God succeeded in doing that. In this way, he did not fail. The Bible is infallible because it does not fail in what it attempts to do: teach about faith and morals.

However, the infallibilist will argue that while God did not fail, it is still subject to human error. So when the authors communicate the truth about faith and morals, they may still make mistakes about the background details. They may make historical or scientific mistakes. The authors may ascribe themselves to a pervasive cultural error (like common mythology). But that does not negate the fact that the Bible is infallible in everything that God attempted to do through it.

Let me give an example. There are three parallel accounts of Jesus instructing his disciples for when they go out to share the gospel (Luke 9:3, Mark 6:8, Matthew 10:9). However in one of them, he tells them not to bring sandals, and in another, he tells them to bring sandals. Is this a contradiction? I do not know, maybe they are different events. Or, perhaps the point of the narrative was to relay that Jesus was telling his disciples that they need to just rely on God. That truth is communicated in all accounts. Thus, God succeeded in relaying his truth about faith, even if the human author misremembered the exact detail. But let me ask: does it really matter? Even if the authors did contradict themselves in this background detail, it does not really matter. This is a debate within the body of Christ.

Is Jesus Still Risen From The Dead? Let’s suppose for a moment that you find a contradiction in the Scripture that you cannot resolve. Is Jesus still risen from the dead? Have you still been born again? Why do these minor background details matter so much to us? It is because we have a false impression of what the Scripture is. The truth is that if you decide that you have found a contradiction in the Bible, your faith should not be shaken. You would just have moved from one doctrine to another. You would have moved from the inerrantist to the infallibilist position. But both are firmly within the body of Christ.

This is a dispute between brethren. This is not a dispute for atheists and otherwise non-believers to poke at Christians for. This is a doctrinal dispute between brethren that we can reason about together. If you find what seems like a contradiction or an error, then you have just shifted from one interpretation of the Bible to another. But the entire system is not going to fall apart just because we do not know if Jesus told his disciples to wear sandals. Jesus is still risen. Nothing has changed.

But how could God be mistaken? The most common inerrantist argument is a philosophical argument. God could not be mistaken, therefore there must be no mistakes in the word of God. But the infallibilist view is not that God is mistaken. The infallibilist view is that God succeeded in everything that he wanted to communicate through the human authors. He was not mistaken when he wanted to display that Jesus wanted his disciples to rely entirely on God. However, the human authors misremembered the exact details. But God’s truth is there. God did not fail.

Perhaps it is almost comparable to a sermon. Many Christians think that when a preacher gives a sermon, he is under the inspiration of God. God inspired the sermon to give a message to the people. But suppose he communicates the message that God inspired. Does that mean that he will not make any errors at all? Of course not. It is still subject to human error, even if the truth that God wanted to communicate was there.

Will the Bible fall apart if there is one error? No. Do not let yourself get nervous or start to have panic attack if you cannot resolve minor details.