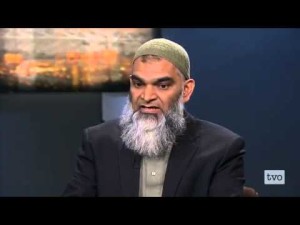 Dr. Shabir Ally is widely known as the foremost living Islamic apologist, scholar and debater. He has summoned the intellectual respect of men of all different religions. I have thoroughly enjoyed his interactions with Dr. William Lane Craig, Dr. James White, Dr. Nabeel Qureshi, and most recently, Dr. David Wood. He has immersed himself in both liberal and conservative Christian scholarship so that he might be able to arm his underlings with the best argumentation against Christianity, that they might be bold and confident in their Islamic faith. He is one of the few Islamic apologists who understands Christian theology and represents it properly in his debates (as far as I have seen). He knows how to discuss the historicity of the gospels and how to interact with the evidence for the resurrection. Since he presupposes belief in God (unlike the atheists who will debate this subject) the discussion is more fruitful. However, in Dr. Ally’s recent debate with Dr. David Wood, I was thoroughly disappointed in his repulsive behavior. I would like to explain why I lost respect for Dr. Shabir Ally. 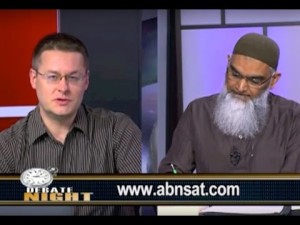 His debate rhetoric. Anybody who has had a boring and monotonous professor will know that such a man would not perform very well in an academic debate. In a debate setting, it is not enough to dryly present the facts. One needs to be a good speaker, to interact with the emotions of the audience and to be in touch with their own emotions. That is what we see in many of the best debaters in the world. They have a balance of robust argumentation and excel in their public speaking skills. Similarly, they will know how to call our their opponent when they make an error. They will know how to expose that error clearly, in a way that the audience understands, such that the audience will think that the opponent might be wrong. Dr. Ally is a master debater and rhetorician. Rhetoric is necessary in a debate setting. There is nothing wrong with rhetoric. Saint Augustine was also an expert in rhetoric. Many Christian apologists are experts in rhetoric.

Like many things, rhetoric is a good resource when it is applied correctly. However, there are times when a person may use their rhetorical skills to carry the debate. They will abuse the proper function of rhetoric, something like the man who uses a sharp pencil to stab his neighbor in the neck. There is nothing wrong with using a sharp pencil, but this man has abused its’ proper function and murdered his neighbor. Throughout the course of the 6 debates that Shabir Ally had with David Wood, he wasted no opportunity to misapply his rhetorical skills. Before all of his rebuttals in the first four debaters, he would begin with a one-liner that was meant to make Dr. Wood look bad. He would say things that slightly but significantly misrepresent Dr. Wood’s arguments.

In their debate about the apostle Paul, Dr. Wood argued that if Shabir is to be consistent, he would need to think that Paul the apostle was being deceptive. Dr. Ally replied, “David is saying that I think Paul was deceptive.” Notice the shift between what Dr. Wood said and how Dr. Ally represented what Dr. Wood said. Dr. Wood said that if he were consistent, he would say this. Dr. Ally represented his argument as saying that he does say this. This was a clever way of slipping passed the objection and making it appear as though David’s argument was considerably weaker than it was. Similarly, Dr. Ally began one of his rebuttal in the third debate by saying, “David is ignoring everything that we said yesterday.” Of course, he was referring to the debate about the historical Jesus, and he suggests that David is ignoring all of the progress that was made during the course of that debate. However, I would like to suggest that Dr. Ally prepared to make that remark no matter what David opened with in that debate. For David’s opening presentation about the apostle Paul was almost completely independent of his argumentation about the historical Jesus. So, in an attempt to score debate points, Dr. Ally made this remark. There were several other examples wherein Dr. Ally abused the proper function of rhetoric during these debates. However, to be honest, examples such as these are not why I lost respect for Dr. Shabir Ally. I was willing to let these go. His utterly repulsive behavior manifested in their final two debates.

He accused David Wood of rejoicing in the death of Christians. Anybody who follows Dr. Wood knows that he often recites facts about Muhammad’s life from traditional Islamic sources. This often compels Muslims to accuse Dr. Wood of being a hateful and raving Islamophobe. For Dr. Wood will often argue that Islam is not a religion of peace and that the religion that Muhammad taught imposed misdeeds upon his followers, such as subjugating people who do not believe in Islam, bringing captives of war into sexual slavery, et cetera. During their debate, Is The Qur’an A Book Of Peace? Dr. Wood rendered this sort of argument. While Dr. Ally did try to interact with the arguments that David offered, he also presented a little piece of rhetoric meant to win over the audience and make David look bad. During one of his rebuttals, Dr. Ally said (and I am paraphrasing) “Christian apologists often rejoice in the actions of ISIS. It gives them a ministerial platform.” One has to wonder why Dr. Ally even said this. After all, the topic of the debate was not, “Are Christian apologists pure in their motives?” It was, “Is the Qur’an A Book Of Peace?” It seems likely that Dr. Ally offered this piece of rhetoric to set David up. 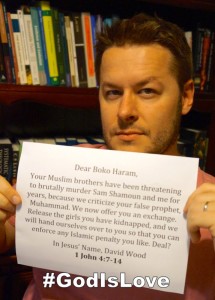 In his next speech, Dr. Wood waved a dismissive hand to such an absurd assertion. He said sarcastically, “Oh, yes, I love it when ISIS cuts peoples’ heads off and rapes women. It really helps my ministry.” Everybody recognized that this was sarcasm (the audience response was telling). However, that is not to say that he was making a joke or taking this issue lightly. He was being dismissive of this abhorrent charge. After all, these are his brothers in Christ. When Boko Haram kidnapped all of those children, Dr. Wood offered to submit himself to arrest and martyrdom on the condition that these girls would be released. Clearly, Dr. Wood hates the atrocities that occur throughout the world, and indeed, the stated purpose of his ministry is precisely to repel the growth of Islam. Everybody recognized that this was sarcasm and that such a charge made against Dr. Wood is unwarranted.

Yet Dr. Ally shamefully stood up and twisted David’s sarcastic comment to make it appear as though he was being serious. He quoted Dr. Wood as if it were an affirmation of these abhorrent actions! Now, I thought that Dr. Ally was joking the first time that he said this. But, the next day, in their final debate (which I linked to above), Dr. Ally came out again, and accused David of rejoicing in the death of his brothers in Christ, quoting the same sarcastic line from the previous day! When David explained that he was being sarcastic, Dr. Ally replied, “Okay, if you say so. God knows the truth, but if you say so.” The implication of ‘God knows,’ is obvious. We do not know. Dr. Ally was expressing skepticism.

Further, he wanted the audience to be skeptical. He wanted the audience to think that Dr. Wood rejoiced in the death of his brothers in Christ. What manner of man is this? In an effort to win a debate, he labors to smear David Wood (a man who he referred to as his friend a few times), to make him appear to be a lunatic. This is an academic debate about whether the Qur’an is a book of peace, and Dr. Ally addresses this academic topic by making this off-handed and repulsive remark. This is why I lost respect for Dr. Shabir Ally. He is certainly intellectually formidable and a master debater. But he is also a deceptive schemer who is willing to sacrifice his debate opponents to his cause. Perhaps he has a personal problem with Dr. Wood (as a result of his catalog of counter-Islamic apologetics and the de-conversion of hoards of Muslims), or perhaps he would do this to any debate opponent. Either way, this is why I lost respect for Dr. Shabir Ally.