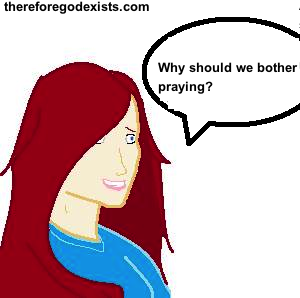 Christians are called the pray, adopting the model of the Lord and the apostles. When Jesus had a heavy decision to make, he would slip away in prayer. When crowds of people were storming the doors of the place that he was staying, seeking him, he would go off to the wilderness to be alone with God. Jesus loved prayer. He loved to commune with his Father. Likewise, the apostle Paul tells us, “pray without ceasing.” (1 Thessalonians 5:16-18). That command of Paul and example that Christ has provided often raise certain questions in the minds of thinking men and women. What is the point of prayer? Does God not already know everything? What sort of information could I provide to God that he would need to hear from me? To those who are philosophically oriented, the call to prayer may seem superfluous. It may seem like something that just cannot be mentally justified. Why do we do it? What is the point of prayer? 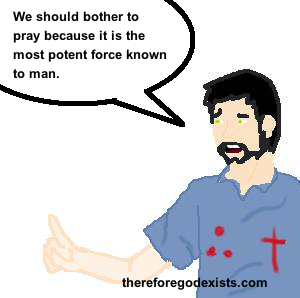 This is something that many atheists are keen to point out, suggesting that the call to prayer seems to compromise the character of God. If God needs the information that we provide to him, then he is not omniscient. On the other hand, if we allow that our petitions change his divine plan, then he is not truly sovereign over the world. Hence, if we consider the issue philosophically, theologically, and academically we are left burdened and challenged. On the other hand, if we consider it relationally, the hazy fog around our prayer begins to fade. 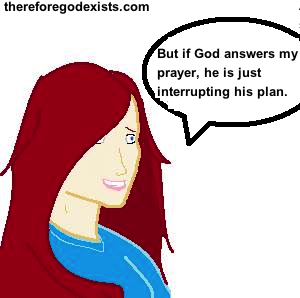 We pray out of love for Christ and a desire to commune with him. The philosophers may point out that there is no information with which we may provide God. He knows everything already. He knows the needs of the world. For us to insist upon praying seems to be an unnecessary extravagance. But if when a wife tried to communicate with her husband, he merely replied, “I have no new information to communicate to you,” we would be left with the suspicion that this man was unhappy with his wife in some way. If he spent their entire marriage behaving in that way, we would think not only that he was unhappy with her, but that he had no love for her. If he talked to her merely out of duty, because it was the right thing to do, we would further suspect that he had no love for his wife. He does not enjoy his relationship with her. He engages in it, not because he loves her, but because he feels a duty to her. This man who does not love his wife will begin to question why he is even bothering to talk with her at all. 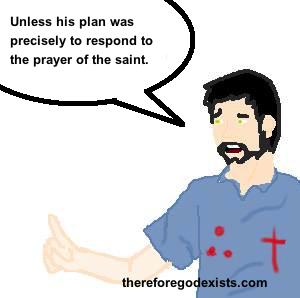 In precisely the same way, when the man prays merely out of duty, and not out of love, he will begin to question the need for prayer. There is no information for him to provide to God. So he would either do it because he felt that he had to, or he would completely neglect prayer altogether. Either of these examples are suggestive of a man who does not really love God. If he loved God, he would delight in his relationship with him. So, when he asks, what is the point of prayer? He is not displaying any sort of intimacy with the King who died for him. We should go to God in prayer because we love him and because we long for a relationship with him.

If you find this less than compelling, then perhaps an assessment of your spiritual state is warranted. Many Christians have only given Christ a mental assent. They claim to believe in Christ. But they do not believe. They love their sin more than they love God. They have a dead faith (James 2:26). Perhaps you are like the one who has dead faith.

Prayer changes me. When we go to God in prayer, it is not that we are providing him with valuable information with which he can properly govern the universe. Rather, as CS Lewis put it, “I pray because I can’t help myself. I pray because I’m helpless. I pray because the need flows out of me all the time- waking and sleeping. It doesn’t change God- it changes me.” Prayer changes the man who is praying. It does not change God. God has sovereignly decreed that prayer and commune with him would be the means by which the man of God is sanctified. God responds to prayer by instilling a greater faith in the man. God responds to prayer by instilling a greater fruit of the spirit (Galatians 5:22-23) in the man. God responds to prayer by offering wisdom to those who ask for it (James 1:5). What is the point of prayer? Prayer changes people.

When Jesus was teaching men how to pray, he told them to ask God to keep them from temptation and keep them from evil (Matthew 6:13). In this way, when temptation comes, we would be strong. We would be prepared because God has empowered us. Even Christ prayed for the strength of the Holy Spirit, likewise when he ventured into the wilderness to be tempted (Luke 4:1). Christ needed the Holy Spirit to overcome the hunger that he would face. How much more do we need the power of the Spirit for our daily lives? Thus Paul tells us to pray without ceasing. Every circumstance warrants prayer because we can do nothing good apart from the grace of God.

Prayer changes the world. The Bible also allows for this model that I offered an objection to in the introduction. God responds to fervent prayer in faithfulness. God wants men to ask and receive. The parables that Jesus taught about prayer testify to this reality. When we come to God with our hands open, he will answer us. It may not be the first or the second or the third time, but he will give us that which he has promised to give us. Jesus told the parable of the persistent widow (Luke 18:1-8), wherein a woman went to an evil ruler and asked over and over again for protection against her enemies. She pestered him until finally, he responded and granted this protection to her. If this ruler, being evil (says Jesus), would grant this woman’s request, would not God also answer a request? The gospels are replete with this manner of parable. God answers the prayers of his people.

So then we are still left with a philosophical quagmire. If God already knows everything, how is it that he needs us to ask this of him? If God already has a plan, what do our petitions contribute, aside from interruptions to this plan? It seems that if God were to grant the petitions, they could only interrupt the plan that God has already laid out. But I would like to suggest an alternative. It may be the case that God has constructed his plan in such a way that the prayers of the saints were means to achieving his ends. In this way, when a saint comes to God in prayer, he is acting out God’s predestined order. God planned for that man to pray, and he planned to respond to it. He could have acted in this way to encourage communication between the people and himself.