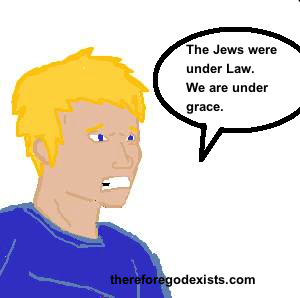 Christians are sometimes found saying that in the Old Testament, we see works, while in the New Testament, we see grace. In this way, the Jews were saved by the works of the Law that they performed. On this view, when Jesus came on the scene, he undid the Law, hence, also undoing the need for works of the Law. So now, a person is saved by grace alone through faith alone in Christ alone. Of course, I agree that this is the formula for salvation. But the question is, is that the Jews’ formula for salvation? Were the Jews saved by works or by faith alone? 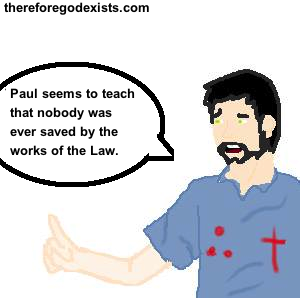 Now I am not denying that many Jews believed that they were saved by their works. People believe heretical things all of the time. There are contemporary heretics who say that one is saved by works rather than faith alone. So there were certainly sects of Judaism, or perhaps even mainstream orthodoxy, who maintained that one is saved by the works of the Law. With that being the case, the message of Paul must have been quite radical. But the message of Paul was not an adjustment of the message of salvation. The alternation was only that the Messiah had come. God in human flesh came, died on the cross for the sins of the world, and three days later he rose from the dead. But the way that a person is saved remains the same. Were the Jews saved by works or by faith alone? I maintain that they were saved by faith alone.

Abraham and David were saved by faith alone. One proof-text that Paul frequently appealed to was Genesis 15:6, which reads that Abraham “he believed in the LORD; and He reckoned it to him as righteousness.” So the moment that Abraham put his trust in the Lord, his faith was credited as righteousness. In Romans 4:2-3, Paul says of Abraham, “For if Abraham was justified by works, he has something to boast about, but not before God. For what does the Scripture say? ‘ABRAHAM BELIEVED GOD, AND IT WAS CREDITED TO HIM AS RIGHTEOUSNESS.‘ First Paul denies that Abraham was justified by works, and then says that his faith was credited as righteousness.

Were the Jews saved by works or by faith alone? God has never accepted a salvation of works. Anybody who has ever put their trust in themselves would have fallen short. As Isaiah 64:6 says our works are like filthy rags. The only mechanism for salvation, throughout the history of God’s people, has been grace alone through faith alone in Christ alone.