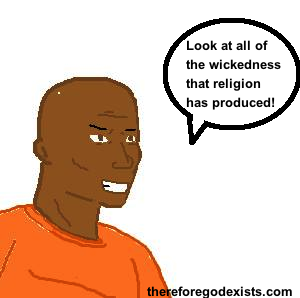 When quizzed about why atheists are so vocal, their typical response is that they see the horrors which come forth from the world of religion, and they speak out against it to rid humanity of this terror. However if religious people were to live quiet and peaceful lives, they would not care to interfere and would not care to work toward the abolishment of religious practice. In fact it often seems as though horrors coming forth from religion are the cause of many people coming to be atheists. So then this raises the question: is religion bad for the world?

One of the most prominent atheists of the last few decades, the late Christopher Hitchens, voiced his frustration with religion. He ventured to various parts of the world during his career as a journalist and witnessed religious persecution, inhumane treatment, sexism, racism, homophobia, misery, charlatans, and so forth. 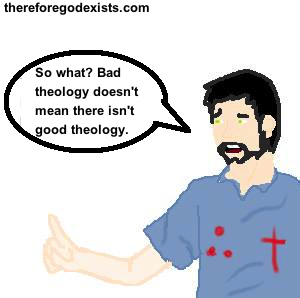 One can certainly understand the frustration that he must have felt upon seeing such things, and upon seeing prisoners of religious systems throughout the world. When he or other travelers see people willingly subject themselves to misery for the sake of a religion, our compassion for them compels us to cry out, as Hitchens did on multiple occasions, that these systems are manmade and therefore not worthy of our misery.

Whether a woman wearing a burka, or a charlatan scheming people out of their money (as Hitchens even accused Mother Theresa of doing!) Christopher Hitchens would stand firmly against the terror that is caused by religion throughout the world. Indeed he even wrote a book detailing the detriment of religious upon the world. The problem, though, was that Hitchens’ opposition to religion evolved into an anti-Christian bigotry. Unable to stand in debate with sophisticated apologists, Hitchens was a smooth-talking and quick-witted journalist, but despite that, he was not able to justify his belief that God did not exist, from a logical angle. His most frequent, and it seemed, his only, protest was in the effect that religion brought forth. So then, was he right? Is religion bad for the world?

Is Religion Bad For The World? Yes.

On a certain level, Hitchens’ protests were absolutely right. Just off the top of our head, each of us can think of at least one instance in which people were mass murdered for the sake of a religious system, namely of course, the events that took place on September 11th, 2001. This is hardly a single isolated example. Men and women are constantly murdered by Muslim extremists. Indeed, even Christian movements have been just as guilty as the Muslim extremists, such as the Inquisition, the Crusades, or the bombing of abortion clinics. Religion has certainly wrought death and destruction upon mankind.

Further, religious system has had a negative social impact, especially in countries governed by Shari Law. Women are forced to conceal themselves, treated as substandard human beings. Islam is forced upon the masses, and opting out will warrant death in the most usual cases. The social impact of religion in third world countries cannot be understated, and in those cases, these societies would be much better off without their customary religious belief and practice.

Though I do not mean to exclude Christians, for even we are often guilty of having a negative impact upon society. Right-wing extremism almost always consists of Christians. When a homosexual is bullied or called names, it is almost always done by people who claim to be acting in the name of their Christian beliefs. The public cliche of Christians, that they are just angry, judgmental, and hateful, is sometimes accurate. In this way, Christians have had a negative social impact.

Is Religion Bad For The World? Yes. So What?

In his debate with the eminent philosopher, Doctor William Lane Craig, Christopher Hitchens asked, “So, religion is responsible for quite a lot of wickedness, isn’t it?” to which Craig replied, “Certainly. I would be happy to concede that. I would agree with that.” Most Christians openly acknowledge that religious is responsible for a lot of wickedness and has often been an overwhelming detriment to the world and to society. But so what? That says absolutely nothing about whether the claims of religious belief are true. As Doctor Frank Turek pointed out, bad theology doesn’t meant there isn’t good theology.

Therefore I am usually not concerned with addressing the charge of negative impact that religion has on society, because it says absolutely nothing about the truth of the religious claim. Maybe Christianity is completely inconsistent with the agenda of the American people or westernization. That says absolutely nothing about whether it is the truth.

Is Religion Bad For The World? No.

Christ summarized the duty of his followers in what he regarded as the two greatest commandments, namely that you shall love the Lord with all of your heart, strength, soul, and mind, and that you shall love your neighbor as yourself. That is the full duty of a follower of Christ. This suggests to me that far from having a negative impact on the world, the person who fulfills the commands of Christ, or strives to fulfill them, will be a light to the world.

Further, as the missionary Paul Washer frequently points out, many of the Christian missions merely create a nicer world for people to go to Hell from. The reason that we were not ascended to Heaven the moment of salvation was so God could use us to bring people into himself. God wanted us to spread the words of eternal life. So, is religion bad for the world? These are the words of eternal life. The words of Christ so revealed by the gospels are the most profound words ever written. Therefore it seems to me that to spread them is to do the greatest service that anybody could fulfill.