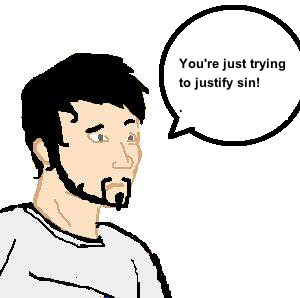 Suppose a friend of yours had you over for dinner. His wife was laboring away in the kitchen all day long. When she unveils the prepared meal, your mouth begins to water, and you begin to feel hungry. At the same time, you are filled with dread, because you cannot eat the meal. She has prepared something to which you are allergic. You lament your failure to relay this allergy to her and offer your deepest apologies and you tell them that you are allergic to that entree. Your friend looks at you with scorn in his eyes, his nose wrinkles as he protests, “You are just making that up as an excuse to get my wife to cook something else.” Well, in protesting the doctrine of original sin, the Pelagian preacher, Mr Kerrigan Skelly has rendered a similar objection. He suggests that the doctrine of original sin is just a measure that we use to justify our sin. Is that the case? Is the doctrine of original sin just an attempt to justify sin? My response to Kerrigan Skelly should shut down that question. 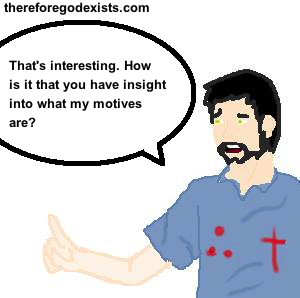 In my previous critiques of Mr Skelly’s work, I have tried to link to his videos wherein he develops his arguments so that my readers can objectively analyze what he is saying in comparison to my objections. However, Mr Skelly has not developed this argument very thoroughly (at least as far as I am aware). He just tacks it on top of his objections sometimes, and I have heard other Pelagians do the same thing. He will say things like, “In an attempt to justify their sin…” or “This is just a terrible way to justify sin…” He hypothesizes that with the doctrine of original sin, we are rendering an excuse for our sin. For we were born with this fallen sinful nature and there is really nothing that we can do about it. (For my full critique of his objections the doctrine of original sin, click here.) 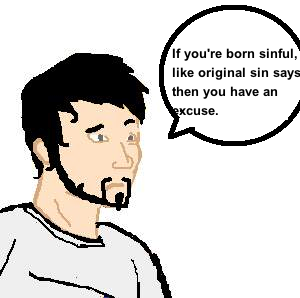 Is this the best approach to discussion? If you were to go over to your friends’ house for dinner, and he accused you of just looking for excuses to persuade his wife to cook another meal, you would probably be grieved by that accusation. Why would he accuse you of such a thing? Why would he not believe you? You have merely assessed your condition and relayed to him that you cannot intake these external ingredients. It an honest reflection of your condition. He should hold the assumption that what you are saying is true and that you are not lying to him barring any reason to think that you would. 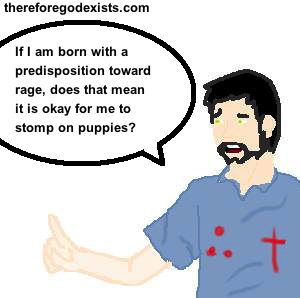 Similarly, when we are engaging in intellectual discourse, I have no reason to think that my opponents are being deceptive in what they are saying. Even if I radically and fundamentally disagree with them, it is appropriate to grant them the benefit of the doubt of assuming that they are not lying to me about their motivation. If I were to make that assumption, it would stifle all discourse that I have with this individual. The conversation could not proceed because I have arbitrarily labeled everything that they say to be an act of deception. Thus this maneuver seems to be guilty of the logical fallacy known as poisoning the well. Is the doctrine of original sin just an attempt to justify sin? My response to Kerrigan Skelly should convict people to be more sympathetic with those with whom they disagree and to be aware of the fallacy of poisoning the well.

Being born with a particular disposition is not an excuse. Underlying Mr Skelly’s objection seems to be the assumption that if I am born with a particular disposition, then I have a legitimate excuse for my behavior. But I just do not see any compelling reason to think that. For even if I am born with a pre-inclination toward rage, that does not excuse lashing out at people. If I am genetically inclined to have an addictive personality, that does not excuse becoming a drug addict. If I am born into a racist family, that does not excuse being racist. Just as pitbulls are genetically trained and superior in dog fights, so also humans can be genetically trained and inclined toward some particular skill or even moral behavior. (By the way, in one of his videos, Mr Skelly argued that parents to do not pass on moral behavior and character to their children. That is correct, but they do pass on proclivities and predispositions.)

Since being inclined toward these particular sins is not an excuse for a behavior (Also how is that predisposition that we have different from the doctrine of original sin? It seems that genetics confirm that we are predisposed to sin.) it follows that being predisposed to sin is not an excuse for sin. We reject genetic explanations for behavior. If a person says, “I was born that way!” that does not excuse their behavior. For they were born with an inclination, not behavior. Inclination (original sin) is not a choice. Behavior (our actions) is a choice. Now, Mr Skelly may object, “I disagree!” for one reason or another. Well, that is fine. But this article is about the motivation for the doctrine of original sin. As an advocate for original sin, I am emphatically stating that I do not think that original sin excuses behavior. Is the doctrine of original sin just an attempt to justify sin? My response to Kerrigan Skelly should reveal that if it were taken as such, it would not succeed.

Advocates of original sin admit that while they sin, they are laboring against it in love for Christ. People often look at the Christian life and think that it is an act of foolishness. We are arbitrarily locking ourselves into a legalistic cage. We are forcing ourselves to keep restrictions that we hate and abstain from things that we love. This is what a false convert looks like. A false convert is somebody who does not care for Christ and is forcing themselves to keep arbitrary rules. This is legalism.

But the person who is in love with Christ will be grieved over the sin in their lives. They will be guided by the Holy Spirit, such that when they sin, the Spirit will discipline them and guard them against sin (Hebrews 12:8-10). The person who has been born again laboring for a righteousness that they love. They are not in a legalistic cage. But rather it is something like a loving relationship with a spouse. They will not look at another woman or flirt with another woman, not because they are keeping arbitrary rules, but because they love their spouse. Likewise, the regenerate Christian will keep the commandments of Christ and labor against sin because they are in love with him and want to do his will. The question that I would pose to Mr Skelly is whether he is the one who is in a legalistic cage or if he is striving for righteousness in a loving relationship with Christ. Is the doctrine of original sin just an attempt to justify sin? My response to Kerrigan Skelly reveals that the advocate of original sin hates the sin in their lives and wants to please Christ.

Mr Skelly’s doctrine of perfectionism justifies sin. Mr Skelly believes that he is living a life free from any sin at all. That is not to say that he denies that he has ever sinned, but rather that right now, he is free from the power of sin. I examined this belief more closely in my article Is It Possible For A True Christian To Sin? A Response To Kerrigan Skelly. Since he believes that he is utterly without sin, morally impeccable in thought, word, and deed, many of us will probably be wondering how he is defining what sin is. For if you are going to say that you are without sin, then there must be some things that you have disqualified as being sinful.

That is what Mr Skelly seems to be guilty of in his video. For he argues that unintentional sins are not really sins because you do not know about them. But this seems to be a measure of justifying oneself. We clearly recognize that a person is sinning even if they are not aware that what they are doing is a sin. Indeed, most people do not know when they are sinning. Most people try to justify themselves and so circumvent the guilt that rightly belongs to them. If I am rude to a person, the second I am confronted with guilt, what will I say to myself? “But they…” I will point to their actions to vindicate my own. I will justify himself. Thus I will be sinning unintentionally. Similarly, if an abortion doctor really believes that it is not a fetus in the womb, then he will not be sinning intentionally. He is committing murder unintentionally because he does not recognize the humanity of the fetus in the womb. Therefore if Mr Skelly thinks that unintentional sins are not really sins, then he has opened the door to unwarranted justification. Ironically, it seems to be he that is justifying himself. Is the doctrine of original sin just an attempt to justify sin? My response to Kerrigan Skelly reveals that instead, the doctrine of perfectionism can serve as an attempt to justify sin.