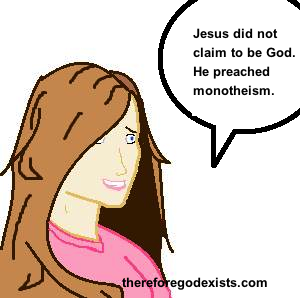 Many readers are familiar, at least in passing, with some distinctions between Islam and Christianity. Often Muslims are prone to employ a sort of shock factor by reminding Christians that they do love and revere Jesus as a prophet of God, just as we do. They believe that Jesus was born of a virgin, committed no sin and conducted a public ministry wherein he brought people to align themselves with the historic faith. Muslims believe that just as Christians do. But the Muslims departs from Christian theology in the claims and events that ushered Jesus into the halls of history. Christians maintain that Jesus claimed to be God. For that crime, he was murdered, dying for our sins. Three days later, he rose from the dead. If any of these doctrines are removed, Christianity is undone. Well, Islam denies all of them. Islam maintains that Jesus was merely a human prophet, did not die, and hence did not rise from the dead. Yet it was precisely these factors that led to Jesus’ fame. So if Islam were true, why would Jesus become famous? 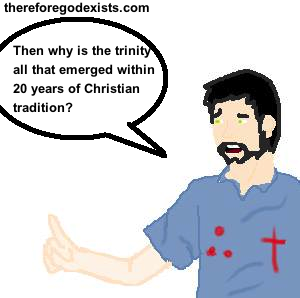 We can discuss theology all day long. We can philosophize about who Jesus was, raise questions about his nature and his teaching. But we have to remember that the person of whom we are speaking was an actual person who is rooted in human history. Muslims and Christians agree on this point. So it is not enough to say that our beliefs about Jesus make sense to us. Do they make sense in their historical context? Do they make sense of the events that they led to? Do they make sense of the spread of early Christianity and Jesus’ rise to fame? If Islam were true, why would Jesus become famous? I would like to suggest that Islam’s purchase of Jesus as a prophet was made on a borrowed credit card. It cannot make sense of the surrounding historical events. 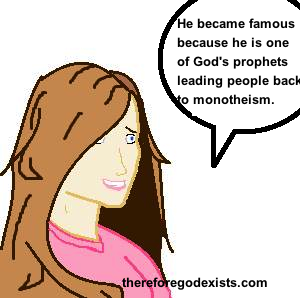 If Islam were true, then the message that Jesus was preaching was not unique. Muslims are often supporters of the liberal textual critics of the New Testament, as these critics tend to deny much of what orthodox Christianity believes. Liberal critics of the New Testament will suggest that these things are not really what Jesus said. They are theological and apologetic works meant to convert people to Christianity. They are not historical biographies. They are religious accounts. Muslims eagerly adopt this form of argumentation, for they believe that the gospels do not represent an accurate picture of the historical Jesus. They believe that certain proclamations have been inserted into Jesus’ mouth by later Christians. Thus when Jesus said, “Before Abraham was, I am,” (John 8:58), or when the disciples worshipped the divine figure, the Son (Matthew 14:33), or when Mark identified Jesus as YHWH (Mark 1:2-3), these are manifestations of corruption. These are seen as interpolations of later writers. 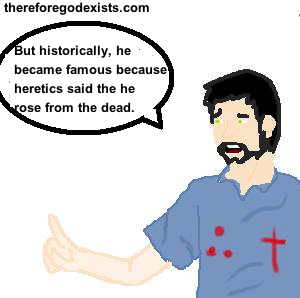 Islam proposes that the message of the historical Jesus is one much like all of the prophets. Jesus came to Israel to guide people to monotheism. That is the center of his message on Islam. He is restoring true Judaism, telling people to worship but one God. However, first century Jewish Palestine was not a time of great idolatry. The Pharisees and Sadducees were strictly adhering to monotheism. The proverbial thesis statement on the paper of Israel is, “Hear, O Israel, the Lord our God is one.” (Deuteronomy 6:4). If Islam were true, then Jesus would be preaching exactly what everybody already believed. He was preaching a blasé monotheism. The problem in that time period was not that they were not monotheists. It was that they were guilty of religious ritualism; serving God outwardly but not in their hearts.

What about his miracles, prophecies, and claims to be the Messiah? Throughout his public ministry, Jesus is said to have performed many miracles, healing the sick, restoring sight, and even raising people from the dead. This would certainly turn some attention toward him. Well, in this highly religious and superstitious era, there were a lot of people who were said to perform miracles. If you hear a miracle report of a man named Jesus, it would sound a lot like the miracle reports that you hear from others. Indeed, there were Pagans who were known for their divinations. Consider the fortune teller of Acts 16:16. The Pagans of that day really believed that this slave girl could tell the future and she brought her master a lot of income. They even chastised Paul when he cast the demon out of this girl. There were a lot of people said to be performing miracles. There were even a lot of people claiming to be the Messiah. It was ingrained in the culture.

Allah fooled the world into becoming Christians. The crucifixion of Jesus is usually thought to be a historical fact beyond any dispute. No disciples of Jesus would invent the crucifixion. If they were to invent it, it would be a source of embarrassment and it would require them to explain it away. For if a person is crucified by the state as a blasphemer, it exposes them as a heretic and reveals that their message was a lie. So the disciples would never invent that sort of story. Thus even atheist historians, such as Doctor Gerd Ludemann will write, “Jesus’ death as a consequence of crucifixion is indisputable.” There is just no plausible explanation for the disciples to invent that sort of story. If you are going to invent a story about the Messiah, you would not subject him to the most humiliating form of death imaginable.

However, the Qur’an proposes an alternative hypothesis. Jesus did not die on the cross. Rather, God made it appear to be the case that Jesus died on the cross. Traditionally, Muslims interpret this to mean that God put somebody on the cross in his place and then put Jesus’ face on that individual. This means that God fooled the world into becoming Christians. For part and parcel to Jesus’ rise to fame is his crucifixion. If Islam were true, why would Jesus become famous? Well, he became famous because God tricked all of us into believing that he died on the cross and we manufactured the theological additive, “for our sins.” Now, we developed this doctrine that Jesus died “for our sins,” precisely because God fooled us into thinking that he died.

Heretics said that Jesus rose from the dead. Shortly after his alleged crucifixion, large groups of people began sprouting up and saying that Jesus has appeared to them alive after his death. This lead to the radical conclusion that Jesus has been raised in an incorruptible body to glory and immortality. But this belief was not in alignment with what the traditional Jews believed about the resurrection. The traditional Jews believed that nobody would rise from the dead to glory and immortality until the final resurrection at the end of the world. It was forbidden by Jewish tradition. Thus for a Jew to propose that would be unthinkable, unless they believed that it actually occurred. As Gerd Ludemann said of this, “It may be taken as historically certain that the disciples had experiences of Jesus, where he appeared to them alive, after his death.”

The Islamic Jesus disappeared from history for 800 years. The Islamic story of the life of Jesus usually portrays him as living for a few years until God eventually brings him up to Heaven. He never actually died, but was just ascended. Now, he is going to come back (Yes, Muslims believe in the Second Coming of Jesus… sort of), and die on earth. But after the Islamic Jesus went to Heaven, what happened to his message? Where were his people? They seem to have all instantly vanished. The Muslims deny that the writings of Peter are legitimate. The gospels are all forgeries. Where in the world did his people go? The only recordings that we have of Jesus are Christian records.

The hymn that Paul cites in Philippians 2:5-8 identifies Jesus as God. The oral tradition that he cites in 1 Corinthians 15:3-8 says that he died for our sins and rose from the dead. These are pre-Pauline. Paul was quoting traditions and hymns that came before him, and they are the earliest accounts of Jesus that we possess. Indeed, all of the traditions that we are aware of identify Jesus as God. In the first century, the The Huleatt Manuscript recounts the story of Jesus’ encounter with the prostitute in Luke 7, and identifies him as God. The Epistle of Barnabas identifies Jesus as the one to whom the Father said, “Let us create man in our image.” Hermas said that the Son was older than his creation. Even if you think that these documents are forgeries or not written by the person who they are attributed to, that does not matter. They are still the earliest accounts that we have of Jesus. Where did the Islamic Jesus go? If Islam were true, why would Jesus become famous? It seems to me that Jesus became famous solely by the tradition promulgated by heretics.

Islam is cashing a check that the Christian message wrote. Jesus rose to fame solely because of his claims to divinity, his crucifixion for our sins, his resurrection from the dead and his appearance to large groups of people. It seems to me that in saying that Jesus was really preaching an Islamic message, and that message brought him fame, Islam is cashing in a check that was written by the Christian message.

If Islam were true, why would Jesus become famous? Either way, he became famous on the basis of the message of his death and resurrection. If Islam is true, he became famous because heretics spread the lie that he claimed to be God, that he died for our sins and that he rose from the dead. But the real Jesus, the Islamic Jesus, seems to have faded into irrelevancy.