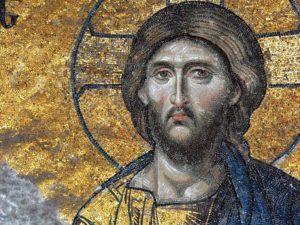 Yet that is the task that we are confronted with. Thoughtful people who want to know who Jesus was and what they should believe about him will be faced with the task of sifting through scholarship on opposite ends of the spectrum. Should I believe the overconfident fundamentalist or the hyper-skeptical liberal? Both will seem to have an agenda. For some, the solution is just to ignore what the scholars are doing and just focus on faith. I can respect that alternative, but for many of us, it is intellectually unsatisfying. We want to understand the intricacies of the Christian faith. Some just want to know who Jesus was purely out of intellectual curiosity. Either way, this article is intended to help you to sift through scholarship and remain balanced in your thinking.

Zach Lawson of the Think Theism blog and podcast tells his Ratio Christi chapter that they should not become too consumed in just one scholar. If you only read one scholar, you will become a parrot of that one scholar. Dr. William Lane Craig might be an enlightening and entertaining person to listen to. But if you only listen to what he has to say, it will sever your ability to think about issues from different perspectives. After all, Dr. Craig does not know everything. There are some nuances that he may overlook or would be better explained from a different perspective.

The problem will become even worse if you read only one book by one scholar and allow the issue to be settled in your mind. You may have read The Case For Christ, for example, and think that it pretty firmly solidifies the Christian message. While he may have an interesting and even persuasive argument, it will nonetheless be useful to read about the issue from other perspectives. There may be faithful Christians who would disagree with Lee Strobel. There may be atheist scholars who disagree with Bart Ehrman’s Misquoting Jesus. Broaden your horizon with scholarship of different perspectives.

Another consideration will be the issue with popular level books that are written by scholars. A popular level book is written for the general audience who is not familiar with the technicalities of a discipline. They often leave out careful nuances of scholarship that others would think were devastating defeaters of the popular level treatment. The Case For Christ and Misquoting Jesus would both be examples of popular level work. My point here is this: if you are finding the historical Jesus amidst divisive scholarship, you will have to sift through different scholars, read more than one book, and try to go beyond the popular level material.

Take Scholars With A Grain of Salt

I understand that by definition, scholars are experts. But even the best scholars are wrong about quite a lot. One of the most eminent living New Testament scholars is Dr. NT Wright. He says that he is wrong about 20% of his scholarship. He just does not know which 20%. (Though there are probably critics eager to tell him. I have a few suspicions about what the 20% might be, myself.)

For other scholars, the number is probably higher. There are some scholars in the same discipline who disagree more than they agree. Even within more liberal New Testament scholarship, there are very divisive disagreements. Dr. Bart Ehrman and Dr. Richard Carrier probably disagree more than they agree, and that is saying a lot, because they are both non-believers. When it comes to scholars such as Dr. Daniel Wallace (an evangelical Christian) and Dr. Robert Price (an agnostic Jesus mythicist), what would they even agree on?

With all of this expertise and legitimately persuasive argumentation (from every single scholar), it can be difficult for non-scholars to discern between them. They are all experts in the New Testament and ancient history, and yet between them, they barely agree on anything. So, who is right? How can a laymen be expected to embark on a journey of finding the historical Jesus amidst divisive scholarship? I think the solution is to not overestimate the worth of scholarship. As scholars, they have earned a right to our attention, but that does not mean that we have to believe everything that they say. We can listen, and if something sounds compelling, we can tuck it away and suspend judgment until we have had a chance to see how critics have replied and think about it awhile longer. But the fact that they are scholars should not mean that they are infallible or beyond our criticism.

Typically in studying ancient history, one of the problems that we will encounter is that the original sources are difficult to understand or roughly translated from some dead language. But in the case of historical Jesus studies, we are not burdened by that problem. The original sources have been translated into virtually every language in the world, many versions filtered for easy readability. Yes, I am talking about the New Testament. As a Christian, I do believe that it is the word of God. But in a historical sense, the New Testament is a collection of documents that date from the first and second century AD. So if you want to know who the historical Jesus was, the accessibility is overwhelming. If you are not a believer, then read the New Testament as a collection of documents, as a historian would and see what can be said about this figure.

It probably does sound a little strange to read a sacred text as if it were a historical document. But try to think of it in the sense of how it was originally written. When the disciples were writing the books of the New Testament, they did not think that they were writing Scripture. The gospel of Luke was written as a narrative account of the life of the Jesus to a ruler named Theophilus. The books written by Paul are letters to the early churches that addressed specific issues. These letters have a lot of insight into what the earliest Christians believed about the historical Jesus. If you want to understand who Jesus is, sit down and read the New Testament as a historian would read it.

Learn Some Criteria of Historical Investigation

After reading my section about going to the original source material, you might be a little confused about how one could possibly approach something as a historian. Is it just a frame of mind? Is it just the way that you are thinking about the text? Do you have to constantly remind yourself, “This is not God’s word.” Certainly not. That is not at all what I am saying. When a historian looks at a book like the New Testament, she will use the criteria of historical investigation and attempt to discern what can be proven to be historical. Everything else would go in the “unproven-thus-far” category.

Let’s get started with one of the most integral criteria in New Testament studies, namely, the criterium of embarrassment. An author is unlikely to manufacture a story that is embarrassing to himself or his cause. The crucifixion would be a central example. Since the crucifixion would conflict with the contemporary stream of traditions surrounding the Messiah, the crucifixion was something that had to be explained away. It was a “stumbling block to the Jews.” Therefore, the authors would be unlikely to manufacture such a story. It is therefore likely to be true.

Another criterium would be known as dissimilarity. If a particular narrative is unique to Jesus, not found in the preceding Jewish tradition or the following Christian tradition, it is likely to be authentic. The Son of Man sayings would be a good example. Jesus often referred to himself with this title. But later Christians rarely used it. These are just two examples of criteria. But if you want to approach the New Testament historically, I recommend learning about the canons of historical investigation.

This was something that I appreciated about Dr. John Meier’s book A Marginal Jew. Dr. Meier is a Roman Catholic Priest and scholar of the New Testament. Yet the task in this book was to imagine that scholars of different religious backgrounds were locked in a library and not allowed to leave until they discovered everything that they agreed about. So essentially, he asked what can be discerned about Jesus of Nazareth from a purely historical basis. Apparently there is a lot, because he wrote several long volumes answering the question. But his task is worth considering. If you are having difficulty sifting through the scholarship and finding the historical Jesus amidst divisive scholarship, then consider this advice. Identify the areas of wide consensus.

I will get you started. Most scholars agree that the gospel of Mark is the earliest source that we have about Jesus. Conservative scholars will date it around 40-50 AD, while more liberal scholars will push it back to 70 AD. Similarly, most agree that the long ending of Mark (16:9-20) is a later interpolation and not authentically Markean. Other examples of wide consensus might be that a particular passage is likely to be historically accurate. (Notice that a Christian can believe that every passage is historically accurate as a matter of faith. She would just say that she cannot prove it historically). An example would be what we typically call the Last Supper. Another would be the crucifixion. These historical events enjoy wide consensus even amongst secular scholars. That sort of consensus is a good place to start.

Recognize That Everybody Has A Bias

It is of course obvious that those wacky religious teachers have a bias. Everybody knows that. The better scholars recognize their own bias and remind the audience of it. They attempt to strip themselves of it so that they can think about the issues objectively. But it always creeps back in, like a bad habit. Other scholars are totally oblivious to their bias. They are completely agenda-driven and not even aware that they are agenda-driven. Most people writing about the historical Jesus have some sort of bias. It is inevitable because the outcome of one’s scholarship will have implications. It is not just an academic thumb war. Religious scholars want to convince people to come to the faith. Non-religious scholars want to discredit the faith because of the theological implications.

Bias can be evident in several ways. One of the most common ways is inconsistent standards. If a scholar holds everyone and everything that opposes his viewpoint to a very high standard, but those that he agrees with to a very low standard, then he is being inconsistent and probably has a bias. Similarly, if an atheist scholar were to say, “There is a fulfilled prophecy here. Therefore, it must have been written after the event,” he might have an anti-supernatural bias. That is not to say that the atheist is being nefarious or evil in some way. He is just letting his worldview define the issue for him, which is something that we all do. If he maintains that the natural world is all that there is, then the supernatural will be ruled out by fiat. Either way, whether you are reading a religious or non-religious scholar, fiat is something to be wary of.

I am not entirely sure how many people this post will be relevant to. But among Christian apologists and generally people who are confused about the varying opinions about Jesus, the suggestions that I gave will be applicable. It can be easy for us to focus on just one scholar or even only scholars that we disagree with. But doing that would be a mistake. There is a lot to learn, and the best way to get the most out of your study of the historical Jesus is to be diverse.

Recommended Reading:
Ehrman/Price: Did Jesus Exist? Debate Review
How Books By Old Men Are More Significant Than The 2016 Presidential Election