Among some atheists, the Big Bang theory is sort of like a rallying cry, for, they think it is an explanation of the universe that eliminates the existence of God. It is a product of scientific discovery, thorough research and is in contrast with the Christian view that God created the world. They will represent the Big Bang and God as though they were mutually exclusive, and this is something that many Christians have fallen into as well. There are many Christians who do not believe the Big Bang for the reason that I described, that they think it contradicts the biblical creation account. So often we will hear statements such as, Was there God, or a Bang? Is this a justifiable dichotomy? Does the Big Bang disprove God?

The Big Bang, I think is unfortunately often categorized with biological evolution, it is thought of as secular thought or an attack on Christian belief, and this is often the case with many aspects of scientific naturalism. There is something a bit ironic about this though, which is of course, as Professor John Lennox explained, that it was Christian theology that sparked an interest in investigating the natural world through science, since they were under the assumption that there would be observable laws and the fingerprint of design in the universe, which they were correct about.

So how is it that the Big Bang Theory and the existence of a Creator God can be reconciled? Furthermore, how could this theory, which was assumed to be evidence against a Creator God, be used for a Creator God’s existence?

How Did God Create The Universe? 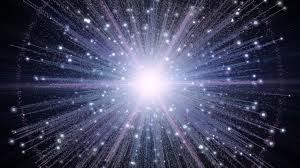 When we say, “In the beginning, God created the heavens and the earth,” what is it that we mean? We mean that a finite time in the past, God brought the universe into being. The question that I would pose, then, is whether this event can be discovered, for there are many things about God’s creation that we can discover. We can discover that God created the sun as a sustainer of heat for the earth, water as our hydration, fruit to replenish us and so forth. In fact when we begin to investigate the natural world even further, we can discover the temperatures of distant stars, the fine-tuning of the cosmos for sentient life and even the atmospheric conditions on distant planets.

Therefore I do not find it so inconceivable that we could discover the means by which God brought the universe into being, and if that is possible, why it is that it could not be the Big Bang Theory. I would submit that the Big Bang Theory is not a refutation of the existence of a Creator, because it could just be a description of how God created the universe. So it is a bit of a misnomer to call it a battle between Big Bang cosmology and God, because the Big Bang could simply be the means by which God brought the universe into being. God is powerful enough to create Big Bang, and if he wants to, he is free to create a Big Bang.

If the Big Bang occurred, therefore, it should not cause a crisis in faith. There is nothing irrational about the idea that God used the Big Bang.

Does The Big Bang Prove God? 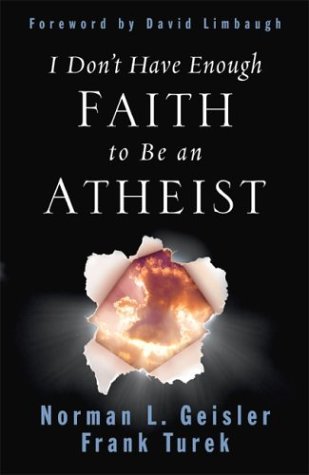 Far from disproving the existence of God, many have argued that the Big Bang actually serves as evidence for him. How is that? Well it shows that a finite time ago, the universe just appeared out of no pre-existing material, and from this it is reasonable to say that it must have had a cause beyond itself, because nobody is willing to defend the premise that something could just pop into being, uncaused, out of nothing.

The Big Bang Theory, therefore, has become a tremendous obstacle for many atheists (which is ironic, because many Christians also think it is an obstacle), as the agnostic astronomer Robert Jastrow pointed out, “Astronomers now find that they have painted themselves into a corner because they have proven, by their own methods, that the world began abruptly in an act of creation to which you can trace the seeds of every star, every planet, every living thing in this cosmos and on the earth. And they have found that all this happened as a product of forces they cannot hope to discover.”