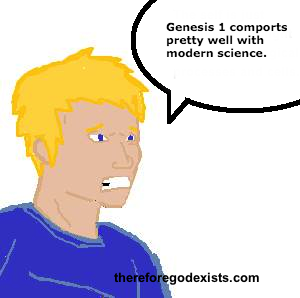 Why render a critique of Hugh Ross’s interpretation of Genesis 1? After all, I have a lot of respect for Dr. Hugh Ross. He stands as a model for scientific education being applied to Christian apologetics. I also think that some aspects of his interpretation are biblically viable. I can understand how he came to his conclusions. In fact, I was persuaded by his day-age model until certain problems pointed out by men such as Dr. John Walton began to resinate with me. I own and have read both editions of his book A Matter of Days and I very much appreciate the effort to wash out the bad taste that young earth creationism leaves in the mouth of many. I am also sympathetic with the complaint of poor treatment from young earth creationists, as I pointed out in my article It’s An Attack On The Adopted Son: Ken Ham Maligns Brethren. However, with all of that in mind, the reason that I render a critique of Hugh Ross’s interpretation of Genesis 1 is simply that I think it has a few weaknesses. 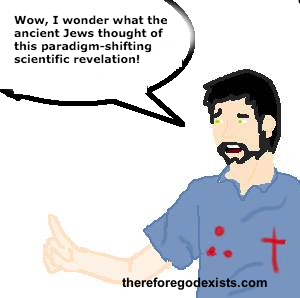 It does not apply the historical-grammatical method. When engaging in biblical interpretation, we need to ask the questions [1] what is literary context? and [2] what is the cultural context? By discerning, for example, that Paul is writing a letter to a church, if we historically investigate what problems that church was dealing with, then we may have a better grasp of the theme of the letter and what he was trying to communicate to his audience. Similarly, the historical context of a certain passage of the gospels will illuminate the text. Likewise, the historical context of the book of Genesis illuminates the text and helps us to understand what the author was trying to relay to his audience. 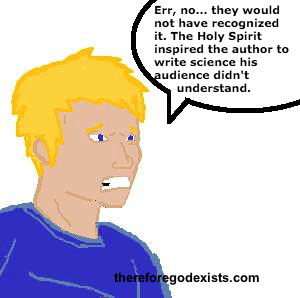 In the last few centuries, we have learned much about the Ancient Near East and the sort of literature that this era produced. Dr. John Walton argued in his book The Lost World of Genesis 1 (citing multiple examples from the literature of the Ancient Near East) that the people of that era held to a particular cosmology and a way in which they interpreted creation events. That is not to say that Genesis 1 borrowed from the Pagan myths (as atheists will sometimes indulge in this rash oversimplification), but rather it relayed the common wisdom of the day. Just as we recognize that the earth is round, one would not accuse one contemporary author of borrowing from another just because they both pointed out that the earth was round. Consider the Leviathan (Job 41:1; Psalm 74:14, 104:26; Isaiah 27:1). He is a mythological beast that the people actually feared. Yet God says in the Bible that he has destroyed this beast. God is communicating with people in a way that they understand. Sort of like if a father pretends to beat up the monster in their child’s closet. 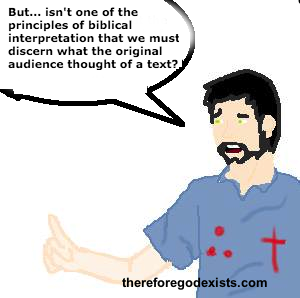 In the book of Genesis, we see what is known as ancient near eastern cosmology – an outdated view of the world that includes a flat earth, a firmament, et cetera. Further, Genesis 1 expresses a functional creation account rather than a material creation account. In the ancient world, things were thought to be created when they were functional, not when the material stuff is assembled. For example, one could build a university, but it is not truly a university just because you have the building and the campus. You need professors and students and staff. It truly exists when it is functional. This is what we see in Genesis 1. God is making the world functional for his human creatures to take stewardship over it. That is why it says that the earth is without form and void, and why God is hovering over the surface of the deep. He is bringing functionality. So, how does this relate to a critique of Hugh Ross’s interpretation of Genesis 1? Well, Dr. Ross treats Genesis 1 as though it comported with contemporary science, and this is just to ignore the historical context, which is a basic and essential element of biblical hermeneutics. 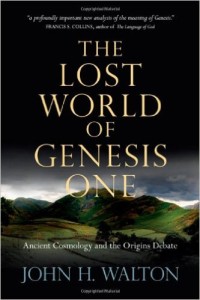 How would the original audience have understood this? One of the questions that freshman theology students learn to ask is what message the author is intending to convey to his audience and how the audience would have understood his message. If we are drawing out an interpretation that the original audience would not have perceived, then it is probably an incorrect interpretation. This is a pretty basic element of hermeneutics as well, and Dr. Ross still maintains, as he pointed out in his debate with Mr. Kent Hovind on the John Ankerberg Show, the Holy Spirit reveals things that the original audience would not have picked up on. He is revealing scientific truths, unknown to the audience and even Moses himself (assuming Moses is the author), intended only to be a proof to future generations, thousands of years after the pen touched the paper.

This approach to hermeneutics seems rather chaotic and reckless. If we are going to read scientific data into the biblical text and make it fit where the text is teaching ancient cosmology, we could do that with any ancient document. One could read science into Marduk’s creation account and look for parallels in contemporary astronomy and earth science. But by doing so, we are not asking what the original audience would have understood about this account. We are saying that we can develop new interpretations that the original audience never heard of. But just think of the people that do that sort of thing with the Bible to conjure up with wild heresies. Of course, Dr. Ross repudiates heresy, and is only introducing modern science to the text, not some new revelation. Nonetheless, I write a critique of Hugh Ross’s interpretation of Genesis 1 precisely because he employs an invalid hermeneutic.

The words “days” and “make” and “earth” in Genesis. I do think that Dr. Ross has a few good points regarding the days. He makes the argument that the days in this chapter are epochs; long but finite periods of time. Yet, he is still taking the text literally because there are multiple definitions of the word “day” and one of those definitions is “a long but finite period of time.” Similarly, Dr. Ross defends his interpretation of the creation account by pointing out that there are multiple definitions of the words “make” and “earth.” But as Dr. Walton pointed out in a critique of Hugh Ross’s interpretation of Genesis 1 in his book, just because a word has multiple definitions, that does not mean that we can choose any that we would like, as though it were buffet of definitions. It means that we have to allow the context to determine the definition.

He is assuming that the Bible is teaching science. Think again of the Leviathan. What point is God trying to communicate in telling his people that he has destroyed the dreaded reptile? He is telling them that they can trust in him. He is more powerful than the forces of this world and anything that they might fear. He is the Creator of all things and all things are under his subjection and control. But what scientific truths can we draw from this text regarding the Leviathan? Well, if we were assuming that he was teaching scientific truths, the meaning of the author would be lost on us and we would think that it was scientific nonsense. Again, God is communicating to people in their own language. He is allowing his people to use phenomenal language.