As we interact with our brothers in Christ, we may hear them reciting verses from the Bible, and we begin to think that what they are saying does not really sound right. They have just sort of gotten caught up in a cultural interpretation of this particular passage. But when we look more closely, it is revealed that the Bible is not saying what they want it to say at all.

It is important that we look closely at the Scripture, to see if we have gotten caught up in a bad interpretation that is based on culture. If we have, we must correct it, because this is the word of God, and we must not treat it lightly. So, I have 5 commonly misused Bible verses which I would like to present. 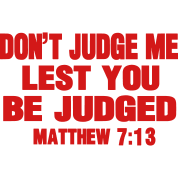 People typically use this verse to show that we cannot judge anybody, under any circumstances. It is always wrong to judge. If we call somebody out for being a liar, or call out a false prophet, a Christian is quick to retort, “don’t judge, lest you are judged.” When somebody says this to me, I usually reply, ‘why are you judging me for judging?’

The problem with the interpretation, though, is that this is not what Jesus was teaching. When we read a verse, we need to ensure that we read the entire chapter, to understand the context. Jesus goes on to say that if we have a log in our own eye, we cannot remove the speck from our brothers’ eye. Essentially, he was saying, do not judge in hypocrisy. Do not be a hypocrite. Do not tell somebody not to go out drinking, then let them find you at the bar. He was saying, do not judge in hypocrisy, but not a universal command to never judge.

Further, later in the chapter, Jesus explicitly told us how we can judge a false prophet. He says, (v. 16, 20) “you shall know them by their fruit.” Which is to say that we will be able to identify a true Christian by their lifestyle and their behavior. Of course, this is a judgment. So Jesus was not saying that we should never judge. 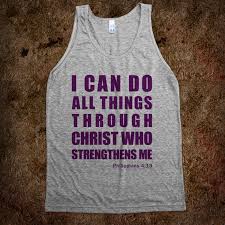 The problem is that they are just misinterpreting the verse. While we should trust in God in all circumstances, this verse is not referring to all circumstances, such as athletics and our normal daily adversities. This verse is referring to contentment in God, despite worldly circumstances. Paul says that he knows what it is to be in need and to be hungry (v. 12). But he continues to trust in God despite that. So this verse is not teaching that Christ will help you to overcome your daily problems, but that you will be content, because you have entrusted yourself to God, even when enemies surround you.

Some naively think that if one does not attach the phrase, ‘in Jesus name,’ to the end of a prayer, it is illegitimate and God does not hear the prayer or does not answer the prayer. But when Jesus commanded us to do something in his name, he is not telling us about a magic formula to recite. He is telling us to behave under his authority and in accordance with his actions, “conformed to the image of the Son.” (Romans 8:29)

Further, Jesus told his disciples in verse 12 that those who believe in him will be able to do greater works than he. He was saying that when the Holy Spirit empowered them at Pentecost, they would do tremendous works through the Spirit for their ministry. In this way, the apostolic ministry (the early church) was able to do great works through the work of the Holy Spirit. The apostles who prayed in the name of Christ for the sake of that ministry had their prayers answers. So, this is not a promise that God will behave as a genie. 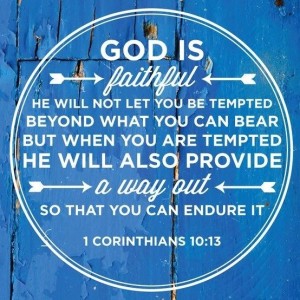 The book of Corinthians is written to a group of Gentile Christians who were allowing Paganism to seep into their church. Paul began by talking about temptation, warning that if they get involved with the activities of their society, they will be tempted to idolatry. If they do, they may attempt to make the excuse that nobody could resist this sin. They were tempted, so they are therefore not morally accountable. But Paul rebukes and encourages them by saying, “God will not allow you to be tempted beyond your ability.” 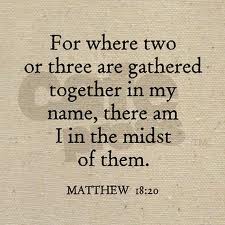 It is a tremendous promise that God is there, present with us. However, God does not dwell in a temple made with human hands (Acts 7:48). Indeed, every human being is a temple for the living God (1 Corinthians 6:19-20). We do not need to go to a particular building to experience God. He is as a river of living water going forth from our hearts (John 7:38).

In this context of Matthew 18, Jesus was not talking about people gathering for worship or fellowship (even though God is still with them at this time). Jesus, instead, is talking about church discipline. When two or three stand against a sinner, expressing that they need to repent, Christ is there among them, alongside them, also expressing that they need to repent.

Can you think of any more misused Bible verses? Leave a comment!