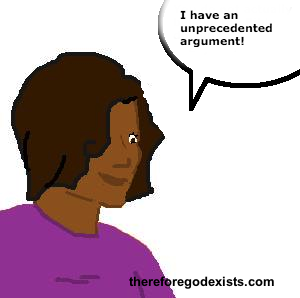 During theological discourse and debate, it is important to try to avoid the dramatic element of the discussion. There is no reason that any of us need to point the finger at one another. When I check my phone, the last thing that I want to see is a host of red-eyed messages touting that I am “afraid to respond.” In what seems to be an attempt to elevate his status as a bona fide theologian, Mr. Eric Lounsbery has challenged Dr. James White to a debate. In this challenge, he congratulated himself for what he seemed to think was a monumental argument. He suggested that it “refuted” Calvinism. In his original debate challenge, he did not actually lay out his argument. He only boasted that it had unprecedented strength. After building our anticipation to hear this powerful argument, he posted it. He was referring to Luke 8:12, which is the parable of the sower. Does he have a point? How does Calvinism explain Luke 8:12? 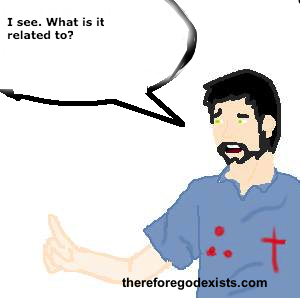 Before we proceed, I would like to briefly sketch the allegedly unprecedented argument. In Luke 8:4-15 Jesus explained that different people will have different reactions to what he called the “planting of seeds” (identified as the word of God). Some people will receive it, and then Satan will come and steal it away from them. From there, Mr. Lounsbery takes a breath from congratulating himself and asks how it is that Satan could have taken the word of God away from them? Why would Satan need to take it away if they were totally depraved? Were they on their way to be saved before Satan intervened? Jesus seemed to think so. If that is the case, argues Lounsbery, then Calvinism has been “refuted.” So, how does Calvinism explain Luke 8:12? 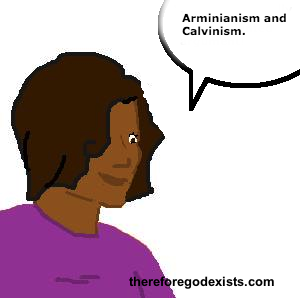 This Is Not A Refutation of Calvinism

Before I get into the passage itself, there are a few preliminary remarks that I would like to make. While Mr. Lounsbery may be boasting that this argument has refuted Calvinism, it did not do that. Even if we were to grant Mr. Lounsbery’s argument for charity, the most that we would be able to say was that it was challenging. Calvinism is a system that is based on a host of scriptural passages. The sovereignty of God in salvation is found throughout the entire warp and scope of the biblical narrative. If you want to refute Calvinism, it is not enough to point to a single parable. 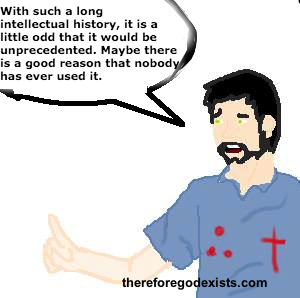 If you are wondering why Dr. White is not bothering to respond to you, this may very well be the reason. Your grandiose language about your argument makes it difficult to take you seriously, with all due respect. If you were going to “refute Calvinism,” you would need to do more work than merely point to a proof-text. You would have to interact with the various seminal texts of the Reformation.

Is An Unprecedented Argument A Good Thing?

One of the themes throughout his posts is the claim that his arguments are unprecedented. They have never been used before. Dr. White has never heard them before, and therefore he would not know how to respond. Well, if an argument is unprecedented, there is probably a good reason for that. Arminianism has a long intellectual history. If this argument is not in their arsenal, then the reason is that it is not a strong enough of an argument to make it in. Anybody can misinterpret a text so radically that even those on your side have never heard of it before and label it unprecedented. That is not difficult to do. With such a long intellectual history, there are no unprecedented arguments. If it is unprecedented, it is because it is so radical of a misinterpretation that nobody would have thought to use it in that way. So, let’s move on to our principle question: How does Calvinism explain Luke 8:12?

Why Did Satan Need To Steal The Word?

The first question that Mr. Lounsbery asked was related to the issue of total depravity. If men are dead in their sins, how is it that Luke 8 could say that Satan stole the word of God out of their hearts? After all, if they are dead in sin, then they do not have any access to the word of God, right? How does Calvinism explain Luke 8:12? Well, first, I am wondering how high of a view that Mr. Lounsbery has of mankind. Does he believe that mankind is “essentially good”? Can mankind choose to do good? Are their hearts activated by some sort of prevenient grace? He does not specify. He only challenges the doctrine of total depravity.

Second, the task of the systematic theologian is not merely to understand one passage. The question that needs to be asked if whether Bible teaches the doctrine of total depravity. The Parable of the Sower is certainly part of the Bible, but it only contributes a little to that discussion. If this were part of a broader presentation, it might be slightly more robust. But as it stands alone, it really does not do much to undercut the biblical data concerning the doctrine of total depravity.

Third, when it says that Satan “steals the word” I assume that he acknowledges that it means that he is stealing the gospel from them. These people have heard the gospel. But, before they repent and believe, Satan steals the message from them. How is that possible, given total depravity? Well, the doctrine of total depravity does not state that the unregenerate man cannot hear the gospel. It states instead that the unregenerate man refuses to respond positively to the gospel. How does Calvinism explain Luke 8:12? Well, frankly, it really does not need to. This is just a fundamental and basic misunderstanding of Calvinism. Perhaps that is why this argument was unprecedented.

Would Those In The Parable Have Been Saved?

The second part of the argument was in relation to the reason that Satan stole the word of God from these individuals. Jesus said that he stole it so that these people would not believe and be saved. Mr. Lounsbery is essentially arguing that if mankind is totally depraved, why is it that they are in a position where they would have been saved had Satan not stolen the word? They were on their way toward salvation. But how could they be in that process if they were totally depraved? They must have some ability in and of themselves to choose to be saved, right? How do we explain this? How does Calvinism explain Luke 8:12?

The Calvinist position is that when an individual comes into salvation, he has already been made a new creature. He is regenerate. Of this passage, the Calvinist would simply say that the people in this parable would go on to believe and be saved as a result of the regenerating work of the Holy Spirit. That does not mean that man has the ability in and of himself. It means that Jesus was trusting in the sovereignty of God to bring saving faith into the hearts of those who heard the word. So, how does Calvinism explain Luke 8:12? Well again, I just do not see any reason that Calvinism needs to explain it. I think that we only need to explain what Calvinism is, and this argument quickly fades into irrelevancy. Perhaps that is why this argument has not committed itself to the intellectual legacy of Arminianism.

Are You Really Basing Your Theology On A Parable?

Mr. Lounsbery is hanging a lot of weight on this single parable. As a general principle, you do not base doctrine on parables. That is why I said that if you want to “refute Calvinism,” then you need to first negate the positive arguments in favor of Calvinism. If this parable were part of a larger presentation, and it were a minor, supplemental point, then it could be a respectable argument. But since he is using this as his primary argument against the intellectual history of the doctrines of grace, it really stretches the bounds of the potency of a parable. After all, the parable was not about Arminianism and Calvinism. All of the arguments that he mounted were by implication.

This makes it appropriate for one to simply appeal to the stronger arguments. After all, any freshman in college who is pursuing a degree in theology will tell you that you need to interpret unclear verses in light of clear ones. Since this is a parable and the argument is drawn by implication, it follows by necessity that this is an unclear verse. That is why this debate needs to be had in the more powerful texts, such as Romans 9, John 6, and Ephesians 1. Maybe Mr. Lounsbery can offer a potent Arminian interpretation of these passages. If he can, that would be progress toward offering a substantive critique of Calvinism. But I am afraid that pitting the parable of the sower against these more clear and powerful passages is not very compelling. It is something like bringing a knife to a gunfight.

How Does Calvinism Explain Luke 8:12?

Mr. Lounsbery has been touting this argument for a few weeks now, hounding Dr. James White about why he refuses to respond. Even if Dr. White were not currently preaching the gospel overseas, I would still not blame him for not responding. Luke 8:12 does not need to be explained by Calvinism. You only need to explain Calvinism, and the strength of the argument evaporates. That is why this argument is unprecedented.

If you would like to read similar content, please see my article, A Brief Critique of Prevenient Grace & Response To CerebralFaith