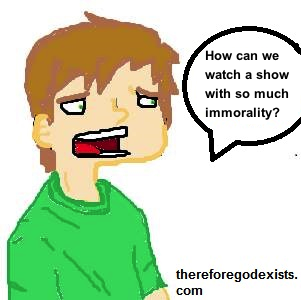 Many of us are aware that the Emmy winning show, Breaking Bad, is coming to an end this Sunday (9/29/2013). This may force, for some of us, feelings of sadness, that something that we have thoroughly enjoyed is passing away. But yet with that, there is still excitement and anticipation for the events that will unfold in the final episode of the show. However I could see how some Christians could be relieved that the show is ending, because they felt guilty for watching it in the first place. Certain Christian groups will demote all television that is meant for mature audiences. So then, this raises the obvious question: should Christians watch Breaking Bad?

It seems to me that there are many shows that are targeted toward mature audiences, that Christians obviously should not watch. We should not watch shows that promote foul behavior, that might cause one to do drugs, indulge in sexual immorality, or lust after money and cars. 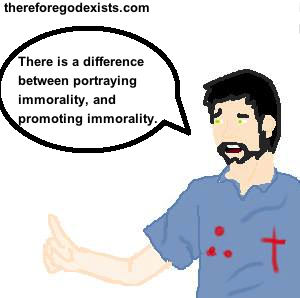 We should not watch shows that make crime appear as though it is a good thing, and we should not watch outright pornography. This is clear cut, and there is truly no room for compromise on that front. As people who want to do the will of God, we cannot indulge in that sort of thing.

In this way, there are movies that some people we know may want us to go to see, that we should probably take a pass on. This should not be unfamiliar territory for us, in that there are many things in society that Christians just should not do. If a friend wants to sneak into the back door of a movie theater to save a few dollars, that is a behavior that we should obviously not adhere to. So the same with movies that we watch. There are some things that we should deny so that we can stay true to our faith in Christ. Is AMC’s Breaking Bad one of those things? Should Christians watch Breaking Bad? Or should we take a pass?

Breaking Bad brilliantly illustrates the fallen state of mankind, that we are in a state of absolute depravity with no hope of coming out of it ourselves. While some people may appear to be good, outwardly, right underneath there is an evil that is lurking and waiting for an opportunity to arise. That is why the Bible tells us, “For there is not one truly righteous person on the earth who continually does good and never sins” (Ecclesiastes 7:20).

This is portrayed in Walter White’s character arc, as he began as a normal high school teacher. But as he indulged in the sin of pride, and sought to fulfill his desire to glorify himself, he slowly transformed into an evil, homicidal king-pin of a meth empire, which ultimately led to the destruction of his family, his home, and everything he ever loved. But that is precisely what the Bible says. As Proverbs 16:18 tells us, “Pride goes before destruction, and a haughty spirit before a fall.”

Interestingly, and unlike many modern shows, Breaking Bad does not glorify pride, nor money, nor crime, nor drugs. But rather it shows the overwhelming consequences of this type of behavior. There are very few people who would come away from watching this show and thinking that they want to begin cooking meth or engaging in criminal activity. Indeed, quite the opposite. Watching this show will provide people will insight in both the fallen state of mankind and the practical consequences of their sin. Breaking Bad portrays the sins of Walter White as solutions with ultimately devastating consequences.

Stories Of Sin In The Bible

As Walter White builds his empire, he commits a series of horrifying sins, but yet, as I pointed out, these sins are never portrayed as good. In fact, at one point, Walter acknowledges the evil of his actions, as he tells his partner, “If Hell exists, we are pretty much already going there, right?” So, yes, there is sin; there is lust of money, sexual immorality, pride, murder, torture, drugs and drug wars.

Lot’s daughters are portrayed as having sexual intercourse with him, while he is intoxicated (Genesis 19). Obviously, just because the Bible portrays this event, does not mean that it endorses sexual immorality. So the same with other sins that we find in the Bible. When Saul took over the priestly role that was meant for Samuel (1 Samuel 13), that is obviously not an endorsement of this sin, as God rages against Saul in response to this. When Samson had intercourse with Delilah, a prostitute, (Judges 16) that was a sin against God, and obviously was not endorsed by the Bible.

Just because something is portrayed, does not meant that it is endorsed. The Bible is a real reflection of the fallen state of mankind, and does not endorse sin but plainly lays out the practical and eternal consequences of sin. Breaking Bad also reflects the fallen state of mankind and brilliantly portrays the practical consequences of sin. Should Christians watch Breaking Bad? I think if they are mature, they should watch this show and see Vince Gilligan’s perspective on the depravity of man.