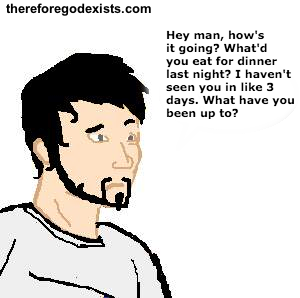 In the early church, one monk named Anthony finally agreed to return to the Christian community, on the condition that people do not visit him very often. This was an introvert who had thoroughly accustomed himself to life in the monastery and to being alone. He was content with being alone, studying the Scripture and seeking God. He was not burdened by pestering interruptions from people quizzing him with questions like, “What are you up to?” “What are you studying today?” “Is something wrong? You seem sad.” He was a Christian introvert. Many people have this sort of personality, and they can sympathize with Anthony’s sentiment, but that does not mean that they dislike people or are lonely. It is not a personality flaw. It is not a departure from standard human behavior. It is a different form of human behavior. It is a different personality type, of which we should not be ashamed. But our different personality types will have both positive and negative overlaps with Christian practice and discipleship. The pros and cons of being a Christian introvert are somewhat different from the pros and cons of being a secular introvert. But they are present and worth consideration. 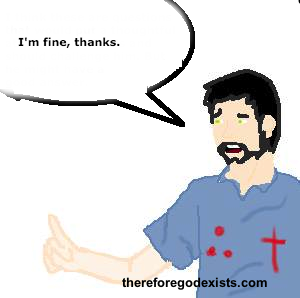 1 – Introverts are good listeners and are usually not just waiting for their turn to talk. Have you ever been talking to someone and you realize that they do not really care what you have to say? You are being expressive, relaying difficult struggles that you are having, and they are just using you as an outlet for their unquenchable thirst for conversation. This is particularly troubling among Christians and ministers because we are supposed to be there to support one another. We are supposed to listen to the problems and the struggles of our fellow man. When somebody has something to express, we need to be able to sit quietly and listen to what they have to say, to digest it, and to produce sound biblical advice and wisdom. Introverts are uniquely wired to be quiet and well-suited to have one-on-one conversations. While they may not want to circulate through the room and mingle with everybody, they do have something to contribute. Often, since they do not spread themselves so thin, what they produce is sound wisdom and biblical advice that comes as a result of thought, quiet time, and listening to other people. 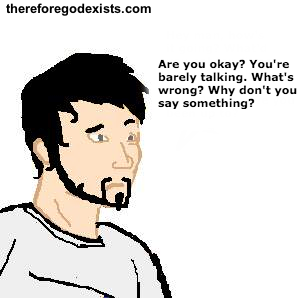 2 – They are content to stay inside studying. An introvert is somebody who derives their energy from being alone. They lose energy in groups of people. This means that they will spend their spare time by themselves. They will be content to read books and to learn more so as to serve the body of Christ with their knowledge. In this way, while an introvert may be less likely to enjoy crowds of people, they may make good preachers just because of the knowledge that they have from the time that they spend studying. Studying is not something that is forced on them. It is a hobby. It is something that they enjoy doing. Communicating with people about their pet guinea pigs’ dietary habits, just because you have to talk to someone – anyone – about anything, is what the introvert would view as a waste of time. Asking people how their day was is not edifying. Studying is. Since the introvert is more likely to spend their time studying, they can use their knowledge to serve the body of Christ.

3 – They are self-aware. Do people every come to you, and they just keep talking, inviting you to social events, trying to persuade you to commit to things, laboring to squeeze every drop of small talk out of you as they wrap their hands around your vocal cords, holding their parched tongue underneath until they hear you say, “I’m fine, how are you?” People often do not understand different personality types and assume that everyone else is just like they are. In Christian circles, when a new person comes to visit your church, some people want to interact with everybody. They want to get to know everybody. They want to immediately make new friends and quickly merge into the social groups. Others do not want that. Others do not want to share their life story. They do not want to tell you how they found this church and when they moved to the town and what they do, and they do not want to hear you talking about it. Since the Christian introvert is one of those very people, he will be in tune with his personality and approach. He will recognize when he is overbearing and will know how to approach people without the taint of annoyance.

1 – People think that you do not like them. Sometimes introverts think they are smiling at something that somebody said, but if they could look at their face, they realize that they appear to be frowning. Sometimes they really do enjoy what somebody is saying and even enjoy the company of another person, but their personality type drives them to be more socially awkward and desire to get away. But this personality type will lead people who are otherwise perfectly pleasant and likable to believe that the introvert dislikes them. Now, of course, this is not a problem that is unique to Christian introverts, but it is prominent enough among all introverts that we should recognize it. Introverts do not dislike you. They have a different personality type that deters them from small talk and social interaction. But they might think that you are perfectly pleasant.

With the popularization of the Myers-Briggs, people are becoming more aware of different personality types. However, still, there are a number of people who are confused when encountering somebody who is not just like they are. So introverts will often hear things like, “Are you okay? What’s wrong? Why aren’t you saying anything?” What if the introvert started going around asking extroverts, “Are you okay? You seem to be talking an awfully lot. I am worried that you might have ADHD or that you might have been drugged.”

2 – It is difficult to get involved in the Christian community. 1 Corinthians 12 tells us that the body of Christ and every member are interdependent on one another. We are to exercise love and faith toward each other and care for each other. We cannot isolate ourselves and think that we will be fine on our own. We need to regularly congregate and be a family. But this is a struggle for the introvert. The introvert might not want to have a social quota imposed on them. They would rather be alone. They would rather not rely on other people and have a constant flow of people popping in and out of their home, and constantly popping in and out of others’ homes. Yet we are supposed to be dependent upon other people. With that in mind, I think that sometimes introverts allow themselves to withdraw too far into their alone time. They can become obsessed with being alone. Like the monk who insists that Christians not visit him very often, they are just a bit too introverted. That is not to say that they need to change their personality type. It is just to say that they really need to force themselves to congregate with the body of Christ and to recognize what is be gained by community.

3 – Fulfilling the Great Commission. Sometimes it may seem as though the marching orders for the Christian do not comport very well with the introverted inclinations. The introvert is someone who wants to be alone, to not be around people, to not seek people out. But, the Great Commission is to go into all the world, to preach the gospel to all nations, to make disciples, to baptize people in the name of the Father, the Son, and the Holy Spirit (Matthew 28:19). But the introvert just wants to be left alone and certainly does not want to go around meeting new people. However, Christianity is filled with things that the natural man just does not want to do. The natural man does not want to pray, pursue righteousness, et cetera. That is not to say that being an introvert is sinful activity. But when it manifests itself in ways that conflict with Christian duties, that is sinful. Also, it should be pointed out that evangelism and discipleship are not necessarily being like Ray Comfort, going around and talking to everyone that you meet. It could be a one-on-one friendship instead.